Christina Baker Kline is the author of the new novel The Exiles. Her other books include A Piece of the World and Orphan Train, and her work has appeared in a variety of publications, including The New York Times and The Boston Globe.

Q: In the book's acknowledgments, you write, "It wasn't until I'd finished writing The Exiles that I realized I'd twined together three disparate strands of my own life history..." Can you say more about those three strands, and about how you created the novel?

A: A short article in The New York Times a few years ago caught my eye: it was about female convicts transported from Britain to Australia with their children. I was immediately curious and wanted to learn more.

As a graduate student I’d been a Rotary Fellow in Australia for six weeks; later I co-authored a nonfiction book about feminist women with my mother; I also taught in a women’s prison. These strands came together when I read that article. I knew I’d found the subject that would consume me for the next three years.

I began the book with a focus on two convict women, but as I delved into the research I realized it would be irresponsible not to address the history of the Aboriginal people who were displaced when European colonists landed on their shores.

I discovered the real-life story of Mathinna, a Tasmanian Aboriginal girl who had been orphaned and was taken in by the governor of Tasmania, Sir John Franklin (who later achieved fame and came to an unfortunate end as an Arctic explorer) and his ambitious, complicated wife, Lady Jane.

The themes of this young girl’s story -- her tenacious spirit and her displacement -- provided a counterbalance and a contrast to the story of the convict women.

Q: How did you research the novel, and what did you see as the right mix of fictional vs. historical characters? 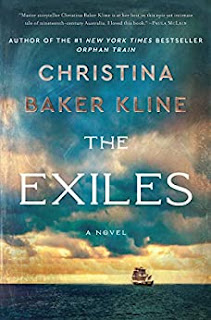 A: This book involved mountains of research! I went to England, Scotland, mainland Australia, and Tasmania, where the female convicts in The Exiles end up.

I read dozens of books and hundreds of articles and interviewed historians and scholars. (I’m particularly indebted to Alison Alexander, a retired professor at the University of Tasmania who has written or edited 33 books on the history of Australia and is herself descended from convicts, and Dr. Gregory Lehman, an Aboriginal historian who traces his ancestry back to the Trawulwuy people of northeast Tasmania.)

I watched movies and studied maps. The research was completely absorbing; I had to finally tear myself away from it and begin to write.

My research doesn’t end until the final draft is submitted. I’m always stumbling on little details to add. For instance, after writing the first draft I learned about a particular tallow made of animal fat that was used in the hallways of prisons and the homes of the poor. It was cheap and had a low melting point; its odor was terrible and it quickly pooled in puddles. I threaded this detail in.

All but a few of the characters in my previous novel, A Piece of the World, were based on real people. 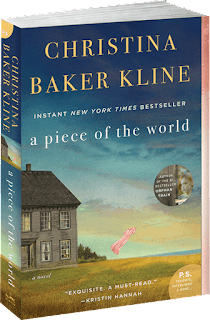 The Exiles has half a dozen real-life characters: Elizabeth Fry, Mathinna, the Franklins, a female physician in the final chapter of the book, and a few others. I like having the freedom to create, but sometimes, as they say, life is stranger and more compelling than fiction; characters based on real people  can ground the story in history.

Q: What do you think the novel says about the idea of exile?

A: This novel had several different working titles. None were quite right. After I finished the final draft I brainstormed a list of themes in the book; when I landed on The Exiles, I knew it was a perfect fit: epic, elegiac, and accurate for each character in the novel.

Exile is a state of mind as well as a state of being. When you’re torn from everything familiar to you, the places and people you know well, you must reinvent yourself. What do you value, what do you care about, how do you find meaning and solace when you’re on your own in a place you’ve never been before?

Evangeline, Hazel, and Mathinna endure a lot of hardship, but they also learn things about themselves, and about human nature in general, that they never would’ve known. Exile can be an opportunity for growth, if a pathway to freedom exists. It doesn’t for everyone. 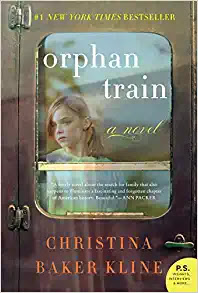 A: As I researched the book I made a 50-page, single-spaced document with my original plan for the storyline. I stuck with quite a bit of it and deviated from it in crucial places as the characters spread their wings and the story took on a life of its own. It’s always that way, I find.

A: My new novel is based on a family story and takes place in North Carolina during the time of the Civil War. I’d thought I was ready to return to contemporary fiction, but this particular story is too good to pass up!

The research is fascinating (and intimidating -- a surprising number of people know a great deal, in granular detail, about the Civil War). It’s different from anything I’ve ever done. Plunging into entirely new topics is exhilarating and terrifying.

A: You can find much more information on my website about the story behind the book, questions for book clubs, etc. You can also register for one of my virtual book tour events where you can ask me any question directly!