Lee Conell is the author of the new novel The Party Upstairs. She also has written the story collection Subcortical, and her work has appeared in a variety of publications, including The Kenyon Review and Glimmer Train.

Q: How did you come up with the idea for The Party Upstairs, and for your character Ruby?

A: I grew up in an apartment building in Manhattan where my dad worked as the super. I always was interested in the different stories that managed to co-exist in that space, in surprising and unexpected ways, and so the idea for The Party Upstairs came from there, though as the novel progressed, I found class tensions were a crucial part of what the novel was exploring.

Ruby's experience as a super's kid came out of my own experience in many ways, but I never quite "came up" with the idea of Ruby. She revealed herself to me through the act of writing, through the choices she made (which often surprised me) and through her own particular obsessions. That's my favorite way to discover a character. 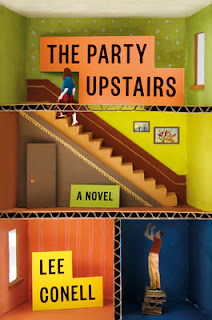 Q: The Kirkus Review of the book calls it "A slow-burning debut that keenly dissects privilege, power, and the devastation of unfulfilled expectations." What do you think of that description?

A: I love that description--and I think in addition to dissecting those things, the novel is interested, too, in how privilege, power, and expectations are often connected up in sneaky ways.

A: The novel obviously has some clear upstairs/downstairs aspects, and I liked that the title alludes directly to that.

There's also so much about the idea of a party upstairs that triggers a range of emotions: Irritation (stomping feet overhead!), intrigue (who will be at this party, also, what kind of cheese will there be), as well as the sense that the real fun is happening in some place just beyond the parameters of where we live. All of these are responses the downstairs characters wrestle with throughout the novel.

Q: What was it like to write a book set over the course of a single day? 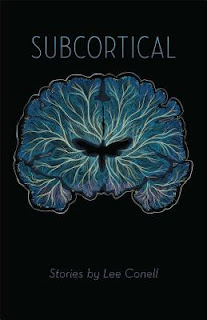 A: There were plenty of times I wanted to abandon the single day premise, but the more I tried to shed it, the more it proved itself to be integral to the book's tensions. From a purely technical standpoint, it could be frustrating, but I find I often imagine things in more surprising, liberating ways when there's some kind of technical constraint.

I was also very influenced by Virginia Woolf's Mrs. Dalloway, and how startling it feels to read that novel--to watch a single day reveal the patterns of her characters' thoughts, memories, and dreams.

A: I'm working on a new novel as well as a few stories... I've been hopping between projects a bit lately, which has been pretty fun, if less than efficient. Sometimes stories that seem entirely disconnected begin to talk to each other during the writing process.

A: There's a running theme concerning the dioramas in the Museum of the Natural History in the novel. That was one of the most fun aspects of research for the book--getting to wander the halls of the museum and think about how the dioramas related to the way my characters try to re-imagine their own histories.