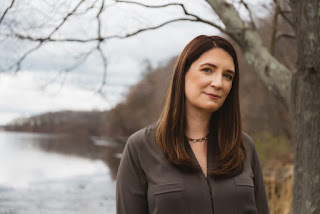 Vanessa Lillie is the author of the new thriller For the Best. She also has written Little Voices. She lives in Providence, Rhode Island.

Q: You've said that you wanted to examine the question "How far does a white woman's privilege go?" in this novel. What did you learn as you worked on the book?

A: Well, it goes pretty far, usually all the way back to our childhood. To write this book, I channeled all my frustrations at how white woman (60 percent who voted) could have elected president a man who harassed women and bragged about assaulting them. I also explored my own worst moments, when I had a “call the manager” attitude, or I made excuses for white men who were behaving badly.

As the story took shape, I would begin to feel guilty, wondering, am I being too hard on white women? Then there’d be another news story of white female privilege, usually a “Karen” calling the police on a person of color. And, I say, nope, keep writing.

Q: How did you come up with your character Jules?

A: My main character, Jules, is the only suspect in a murder that happened on a night she was black out drunk and doesn’t remember anything. As her seemingly perfect life crumbles from losing her CEO job, to her friends ignoring her, to having to sell her fancy house, so she starts a true crime vlog to find the real killer. 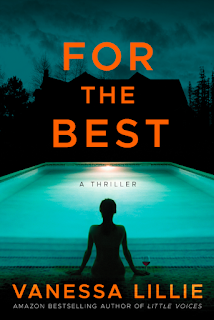 To me, that set-up was ripe for a main character who expected the world to bend over backwards, even as everything was being taken away.

As I was developing Jules, I was mindful of my own expectations as a white woman. Things I believed would and should just happen because that’s how things have always been.

Jules has a drinking problem, and that’s something I’ve observed firsthand in people I love. While alcoholism is a disease, it’s also a place where privilege can be seen and benefitted from. The pass after pass that’s given to white women, and especially men, even the language “she’s just having fun” or “he just had one too many.”

How often do we hear those excuses for people of color? Even the assumption that we can get drunk at bars or on nights out and be safe is privilege, and something that’s rarely assumed by people of color, in my experience.

A: The title, For the Best, is related to the notion that things always seem to work out, but I think that’s a sentiment for someone who benefits from the country we live in that’s been built to protect white people at the expense of all others.

It’s as simple as not worrying about being pulled over by the police and possibly shot or choked every time you’re in a car. Or not having those worries for your son when he leaves the house.

I’ve never been followed around in a store because of the color of my skin. I do not have to constantly navigate microaggressions. I do not hear my boss say “you’re really articulate” or having a woman clutch her bag when I walk past her in the street.

The ease of which white people are able to navigate their daily life is privilege, and I believe we need to be aware of it and challenge ourselves to not just use it to benefit ourselves.

A: I hope every reader enjoys the twists and turns as it’s a thriller first and foremost. 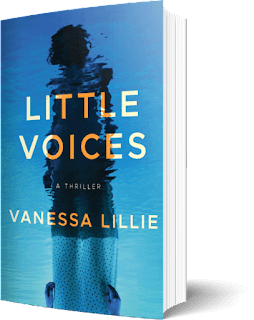 If it’s a white woman reading it, I also hope she (like me) reflects on what Jules does and if somewhere deep down it make us uncomfortable because perhaps, we have some of those expectations. I certainly didn’t write her as a way to point fingers at other women. I pointed that finger squarely at myself and creatively dug deep into those issues.

A: I just completed a draft of another thriller about a woman who returns to her hometown ghost town after her sister goes missing on the anniversary of a murder they narrowly escaped. It’s set in rural Oklahoma where I’m from, and I’ve really enjoyed returning to my time there.

A: Both For the Best and my debut, Little Voices, explore what’s in my heart and on my mind at the time I was writing them.

For Little Voices, it was the darkness that came with new motherhood since I was a new mother when I wrote it. In For the Best, it’s privilege, alcoholism and the rot that develops from family secrets. In both cases, I found a thriller as the perfect way to explore these themes, because at the end of the day (or the book), telling a great story is what matters.

Also, I am always on Instagram, so come hang out with me there www.instagram.com/vanessalillie and sign up for my author newsletter at www.vanessalillie.com to stay in touch or learn about my virtual events all through September.