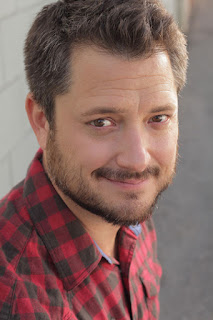 August Norman is the author of the new novel Sins of the Mother, the second in his Caitlin Bergman mystery series, which began with Come and Get Me. He lives in Los Angeles.

Q: How did you initially come up with the idea for your character Caitlin?

A: No-nonsense investigative journalist (and lover of French fries) Caitlin Bergman began her life in an unsold screenplay as the foil to a crooked cop looking for redemption.

As someone who cherished the truth above all things and was smarter than anyone I knew, including myself, Caitlin became the moral compass that guided my lost hero back to justice. She also proved to be far more interesting in the long run, both as an investigator and as a person I wanted to hang out with.

Brought up with the optimistic, yet realistic worldview of her most-often-single LAPD-officer father, Caitlin faces the darkest corners of the world with the strength of her wit and intelligence.

That doesn’t mean she gets everything right. She’s not great with asking for help, and her impulse control is often on the fritz, but when she sees a wrong in the world that she can make right, nothing but her own big mouth can stop her.

Q: This is the second novel featuring Caitlin--do you think she's changed from one book to the next? 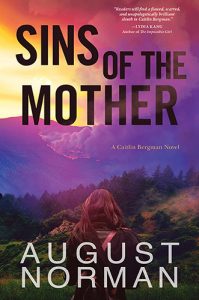 A: Readers of Come and Get Me, Caitlin’s first appearance in novel form, will know that she’d spent a fair amount of time dealing with trauma triggered by a return to her former college campus in Indiana. Two years later, and back in her comfort zone as a journalist in Los Angeles, Caitlin is far more confident, far less impulsive, and slightly more comfortable letting friends inside her protective bubble.

While Sins of the Mother stands alone for those just joining the series, returning readers will appreciate Caitlin’s reluctant mentorship of Lakshmi Anjali, a recent college graduate searching for her own career in the dwindling world of professional journalism, and Caitlin’s approval.

Q: What inspired the plot of Sins of the Mother?

A: Sins of the Mother reflects two issues that I’ve been wrestling with: How do people still believe in easily disproven theories in this age of well-documented scientific advances (I’m looking at you, flat-Earthers), and what defines a good parent.

The first, an exploration of cognitive dissonance, is all too obvious in our daily lives, be it climate change denial or 5G conspiracies.

Specific to this story, I’ve always been fascinated by the founders of religious cults, especially those that predict the end of the world within their own lifetimes, and their followers who somehow keep their faith, even after the predicted day comes and goes without cataclysm.

On the second front, my wife and I have recently expanded our family, and the weight of that choice feels more pressing than ever. Since Caitlin has spent her lifetime wondering why her birth mother left her with an adoptive father, I knew I could explore two types of families: those we’re born into and those we choose, even if they might harm us with their love.

Q: The book is set in Oregon--how important is setting to you in your writing?

A: The Pacific Northwest is an amazing portion of the United States that straddles multiple worlds.

On one side, the area is home to majestic beauty, a love of small government with a Don’t-Tread-On-Me attitude, and time-honored traditions that keep to themselves. On the other, the explosion of the tech industry from Seattle to Silicon Valley has created bastions of liberal elitism and wealth disparity at odds with the area’s natural beauty and original inhabitants. 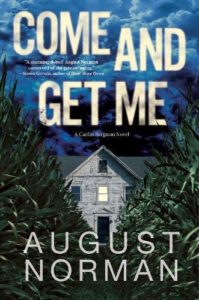 I knew that if I dropped a multi-ethnic sex-positive doomsday cult in the same mountains as a neo-patriot white supremacy group, the extremes of the two worlds could cause their own sparks, and if a certain big city journalist looking for her birth mother got in either group’s way, the whole area could go up in flames.

A: Keeping my baby alive and in clean diapers! They wiggle so much, how do you not drop them???

Of course, I’m looking forward to sharing Caitlin with more readers and am adapting from the traditional book tour model into whatever our new normal will become. I’m also working hard on a third Caitlin novel, as well as a stand-alone thriller.

And yes, I can hear all of the parents out there screaming, “Yeah, right, you’re working on getting eight hours of sleep a night.” They’re not wrong. Anyone who’s strapped a breast pump to themselves or mixed a bottle of formula in the dark is my hero.

A: My favorite part of my transition from aspiring writer to published author has been making new connections. In the past year, I’ve met at least 100 crime authors, from indie-published debuts to mass market bestsellers, and am tearing through a stack of amazing stories, previously unknown to me.

On top of that, complete strangers, from bookstores to #bookstagram, have gone out of their way to let me know what they’ve loved about Caitlin and keep in touch via social media. I cherish these connections and make sure to share new discoveries through my email list and social accounts, not to mention giveaways.

Even though face-to-face meetings at conferences, bookstores, and libraries are impossible right now, I’m still excited about getting together with fellow readers and authors to discuss craft, trends, and good old-fashioned crime fiction.