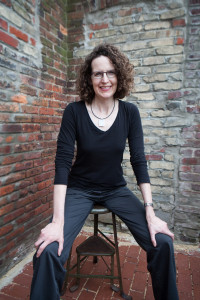 Jennifer Howard is the author of the new book Clutter: An Untidy History. Her work has appeared in a variety of publications, including the TLS and Slate. She lives in Washington, D.C.

Q: Why did you decide to write this book, and what impact did your mother’s experiences with hoarding have on you?

A: When my mother suffered a physical and mental breakdown, it fell to me, overnight, to figure out what to do with a half-century’s worth of clutter. The sheer volume staggered me. How could someone could amass so much stuff? How did it get so out of control?

Writing the book was my attempt to answer those questions—to bring some kind of order out of the chaos—and to make other people facing similar situations feel less alone.

Q: You write that you hope “society’s collective response to hoarding disorder will shift away from the kneejerk impulse to stigmatize those afflicted.” What role do you think shaming has played when it comes to addressing hoarding issues? 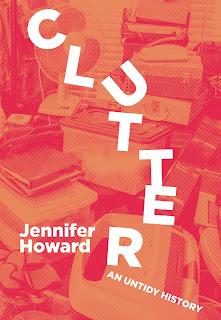 A: The shame heaped on extreme clutter can make it risky for people to seek help when they’re overwhelmed. They might be stigmatized by friends and family, or subjected to forced cleanouts. Traumatic interventions end up not doing anybody much good, as mental-health professionals and social workers have come to realize.

Q: You write, “let’s blame the Victorians” for the start of the culture of acquisition. What changed during that time to create this model, and has it shifted over the past couple of centuries?

Q: Nineteenth-century Britain wasn’t the first civilization in the history of the world to accumulate things, as professional historians of material culture will tell you. But the rise of industrialization and urbanization during the Victorian era encouraged a growing hunger for material goods.

That emphasis on stuff, amplified by the rise of advertising and mass production in the late 19th century and the early-to-mid 20th century, set up the clutter struggle we have today.

Q: What did you see as the right blend of personal family experiences and more general descriptions as you wrote the book?

A: I’m trained as a journalist, and working with such deeply personal material scared me at first. But my family’s experiences with clutter inspired me to write the book in the first place, so I knew I had to include them. My wonderful editor, Dan Crissman, helped me find the right balance. Discomfort can be really useful to a writer; it pushes you to experiment.

A: As well as talking about clutter, I’m editing a book of interviews as I figure out which of several book ideas to pursue next. I should be sorting through the backlog of family photos I keep avoiding!

A: If people want to keep up with what I’m doing, I write an occasional, not-spammy newsletter in which I share writing news and links to stuff that intrigues me. It’s free, and you can find it here: https://jenniferhoward.substack.com/