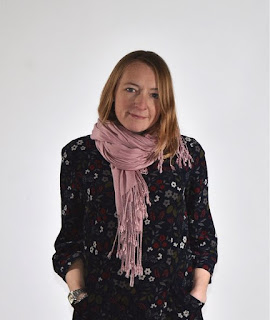 Polly Crosby is the author of the new novel The Book of Hidden Wonders. She lives in Norfolk, UK.

Q: How did you come up with the idea for The Book of Hidden Wonders, and for your character Romilly?

A: There were two distinct things that happened quite close to one another: I rescued an Oriental cat (which is similar to a Siamese). I’d never had a pure breed cat before, and I loved how chatty and animated he was. I wondered if I could write a story about him, but a fictional cat needs a fictional owner, and it was then that I decided he needed a little girl playmate with whom to explore the world.

I also listened to a documentary on BBC Radio 4 about a book called Masquerade which was written in the 1970s. It was an
“armchair treasure hunt” – a picture book that contained clues to an actual prize buried in England. This set my mind whirling, and I decided not to read the book itself until I had written my novel, so that I wasn’t too influenced! 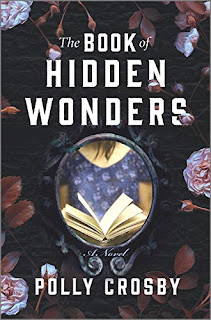 Q: How would you describe the relationship between Romilly and her father?

A: Romilly and her father are very close, and in many ways he is able to give her the perfect free-range childhood. But there is a fine line between letting your child run free, and putting her at risk…

A: Ooo, good question! I knew the sort of feeling I wanted for the ending, but it wasn’t until I had been on the journey through the story with Romilly that I knew exactly what would happen.

I don’t know about other writers, but once I start writing, characters sometimes do things that you don’t quite expect, and if I’d known exactly what the ending would be, I would have had to manipulate Romilly in ways that wouldn’t have felt authentic.

A: I think the key message in the book is one of hope. I think it’s also quite a visual novel: I love drawing and painting, and the story is about a set of picture books. I hope that I’ve painted the pictures with words so that they are easy to visualise for the reader.

A: I’m currently editing my second novel. It’s about a young woman who is trying to escape her life, and takes a job on a tiny island in the North Sea. What she discovers there – from the stories told to her by the troubled lepidopterist she works for, and in the wildness of the island itself – is a mystery more compelling than she could have imagined.

With a backdrop of opulent silk and pearl cultivation, and a story spanning nearly 100 years, it is, I hope, a haunting, magical story full of intrigue.

A: When my brain is too frazzled to write, I like to paint and sketch the characters and themes from my stories. It gives me a different insight into them, and lets my mind relax for a bit!