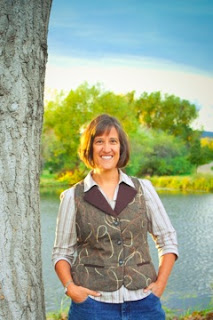 Jeannie Mobley is the author of the new young adult novel The Jewel Thief. Her other books include Katerina's Wish and Searching for Silverheels. An archaeologist and college professor, she is based in Colorado.

Q: How did you come up with the idea for The Jewel Thief, and for your character Juliette?

A: I came up with the idea after reading The Goldfinch by Donna Tartt. I was reflecting on how I have always enjoyed books that center on a piece of art, and I started wondering why I hadn’t written one. But I didn’t want to center a story on a painting, as I think that has been done quite a bit.

I started thinking of other types of art that aren’t written about as much, and I immediately thought of the Hope Diamond and its famous curse. I was on my way to work as I thought about these things, so on my lunch break, I Googled the Hope Diamond and began to read about it.

Almost at once, I stumbled on the information that Louis XIV commanded the stone cut in the new style of the brilliant cut, and that the stone was not well suited for the cut. I started thinking about what incredible pressure that would be, and at once, I knew I had my story. 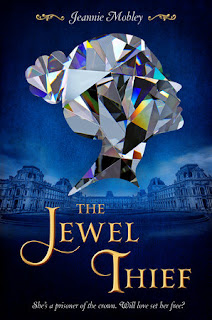 As for the character of Juliette, I set the parameters (a girl in a man’s society, a loyal daughter, the determination to achieve the impossible task) and I let her character and voice grow organically out of that. When it comes to story line, I am a plotter, but when it comes to character, I am more of a pantser.

A: I have a general background in history that helps me frame things without too much broad-scale research. I read a few things about Louis XIV and France, and I also had to read some background about the history of gem cutting, which I knew very little about.

Beyond that, I let the writing guide the research. As I am writing questions come up—where did the king’s craftsmen live and work? What social status did they have? Could a girl get dressed in upper-class clothing without the help of a maid? What objects would be in a jeweler’s shop?

When those questions arise, I make a note in the margin and keep going so I don’t lose the flow of my thoughts. Then, when I’m tired of writing for the day, I loop back and dig for the answers to the questions that have come up. That may be a lot of internet research, some digging in primary document archives, or time spent looking at paintings or palaces from the era. 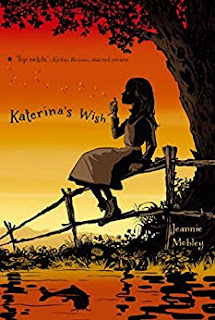 For example, Louis governed from the Louvre in the time of the novel (before Versailles was built), so I did some virtual visits to the Louvre, focusing not on the art in the modern museum, but rather on the architecture, imagining the spaces as they would have been when the building was a palace.

As for anything surprising, I often encounter things where truth is stranger than fiction. Many of those things don’t make it into the book, because they simply wouldn’t be believed.

I think some of the surprising things in this book included some of what people of the time believed about Jews (conspiracy theories have deep roots) and some of the rights women had in craft guilds (more than modern readers would believe).

A: Generally, I don’t start writing until I have a sense of a few key scenes, including the end, which frame the broad arc of the story. I’m not a plotter in the sense of drawing up actual outlines of the story, but I do mull over a story idea until I have sense of the shape of the plot in my head. Then I let it grow organically as I write.

It’s kind of like the key scenes are little islands across a vast ocean, and I set out in my little boat, aiming for each island, but not knowing quite what I will encounter on my way. Sometimes, when I get there, I find I’m on the next island over from the one I was aiming for, but that’s okay, I make my adjustments, and then launch myself toward the next island.

In this case, I knew what would become of Juliette in the end, but I wasn’t sure how, exactly, I was going to achieve it, and I had to change it a couple times to make it work. (Yes, that’s vague, but I don’t want to spoil it for anyone who hasn’t read it yet.) A: I want readers to feel that they have spent some time immersed in another world and to have had an enjoyable read. I hope they find themselves afraid, angry, happy, and maybe even a little in love at various times through the story. I want them to walk away feeling that they just had a satisfying read.

A: I am working on the “sequel” to The Jewel Thief, which is due out on the shelves in fall of 2021. I put sequel in quotes because it might be better thought of as a companion book.

It is set in Brittany in 1792-3, some 120 years later than The Jewel Thief, and tells the story of what happens to the French Blue diamond after it is stolen during the French Revolution.

We don’t actually know what happened to the stone after it was stolen, but we do know that the stone resurfaces in England 30 years later, recut to disguise it. It is at that time, and in that form, that it becomes known as the Hope Diamond.

The working title of that story is The Jewel Smuggler, so look for that next year!