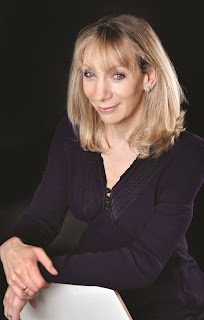 Gill Paul is the author of the new novel Jackie and Maria. Her other books include The Lost Daughter and Another Woman's Husband. She lives in London.

Q: Why did you decide to focus on Jacqueline Kennedy Onassis and Maria Callas in your new novel?

A: They are both women I admire, from an era I was fascinated to write about, and the way their lives became entangled through Onassis was intriguing. I started out with the aim of trying to understand what it felt like to be them, to put myself in their shoes – and they were some very glamorous shoes to fill.

Q: What would you say are some of the most common perceptions and misperceptions about Jackie?

A: Jackie showed incredible self-control in public after Jack was assassinated in Dallas but that certainly wasn’t the case behind the scenes, where she was pill-popping and drinking herself to sleep every night.

And it’s difficult in the 21st century to think that an intelligent, well-educated woman might marry for money, but that’s basically what Jackie did in 1968, albeit with exacerbating circumstances. She always looked so cool in photos, as if she was coping just fine, but underneath she wasn’t at all. 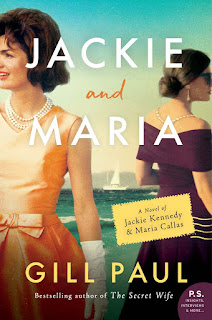 Q: What about Maria?

A: Maria was portrayed by the press, and by biographers, as a difficult, demanding diva figure. Partly it came from a hostile interview her mother gave to Time magazine, and a nasty memoir she wrote about her; partly it was because Maria was very perfectionist about her music and would demand that the company carry on rehearsing till she was happy with the result.

If she had been a man, she would have been acclaimed as being a top professional who drew the short straw when it came to parents, rather than a diva. There’s definitely a double standard there.

Q: What did you see as the right blend between the historical figures and your fictional renditions?

A: It’s different in every novel but when I am writing about a real historical figure, I try to stick to the facts, where they are known. Occasionally I might move the date of an event to fit my narrative, or even invent a scene, but I will confess to any fabrication in a historical afterword.

However, all the private scenes I dramatize, and the thoughts and feelings I attribute to protagonists, are my invention. It’s a novel, and I never claim that my version is the true picture.

A: Almost a hundred years ago, in November 1922, the tomb of Tutankhamun was discovered in Egypt’s Valley of the Kings, and the treasures it held amazed the world.

In photographs taken outside the tomb you see the archaeologist Howard Carter, his sponsor Lord Carnarvon, and a young woman, Lady Evelyn Herbert. She was the first one to crawl inside the 3,500-year-old tomb but hardly anything has been written about her. Now I’m telling her story. It will be out in fall 2021.

A: I’d love to take this opportunity to thank you and all the other bloggers and bookstagrammers who have supported Jackie and Maria in the U.S. I feel very honoured and excited by the reception the book has had. It means a lot to me. Also… beware of Greek shipping millionaires bearing gifts!