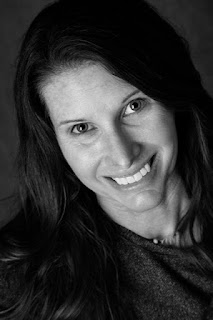 Heather Mateus Sappenfield is the author of the new story collection Lyrics for Rock Stars. She also has written The View from Who I Was and Life at the Speed of Us. She lives in Vail, Colorado.

Q: Over how long a period did you write the stories in Lyrics for Rock Stars?

A: Gosh, it’s been two decades since I wrote the first story, “Coloring Beyond the Lines”! I left my high school teaching position to stay home with my daughter, taking my first wobbling steps toward becoming a serious writer as she took hers.

A few years and several near misses with editors at magazines, I enrolled in Pacific University’s MFA in Writing program to hone my craft. MFAs aren’t for everyone, but that choice altered my career. Shortly before graduating, “Empty Feast” was runner-up for an award, then “Indian Prayer” won the Danahy Fiction Prize, and I thought, Well, I’m a real author now.

But this writing never stops teaching me, and I’ve since come to understand that being an author isn’t about banging out the end of a story, or awards. It’s about patiently beckoning and allowing a narrative’s elements to unfold into their greatest potential.

Post-MFA, I continued writing short stories, eventually entering the collection in contests, where it was a finalist over and over. Until one day, near my daughter’s  21st birthday, I saw how the stories worked together, speaking profoundly beyond themselves. It surprised me, honestly, and allowed me to finally fully understand that body of work.

Afterward it became a finalist for two different publication contests. When I was notified that it had won the V Press LC Compilation Book Prize, I withdrew it from the other contest and celebrated! 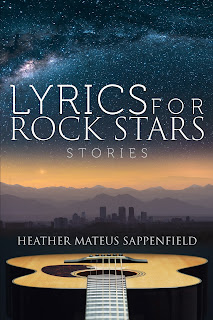 A: W. H. Auden said, “A real book is not one that we read, but one that reads us.” I find this true for the reader, yes, but even more for the writer. Crafting a story deeply and well requires grit! And important aspects will not become clear unless or until you’re ready to see them.

As I said above, it took years for me to understand how these stories worked together and spoke profoundly beyond themselves. Once I did, it became obvious that the collection needed to be divided into two sections: “Songs of Innocence” and “Songs of Wisdom.” These two parts play off of one another literally, yet also symbolically, ironically, and universally.

Within the sections, I ordered the stories focusing on how they’d braid together to reinforce that effect. My hope is that virtually every sentence in the book works simultaneously to develop the story it’s in, instill its messages, and build the collection’s overall impact.

Q: How was the book’s title (also the title of one of the stories) chosen, and what does it signify for you?

A: I sooo love this title! It’s deeply meaningful for me and speaks to the core motivation of why I write. It’s from a scene in “Lyrics for Rock Stars,” where a very pregnant gold digger realizes the error of her ways through a chance interaction with a man whom she assumes is an impoverished hippie. When it later turns out that he’s a famous songwriter, they have this exchange:

She looked at him. “So you’re famous? You write songs?” Even in this light, he was wiry, and he wore a T-shirt that read Let Love Rule. He reeked of marijuana.

“Tunes, some. Lyrics mostly.”
“For rock stars? People I’ve heard of?”
“Stars, sure. Do you need anything?”
“Like who?”
He sat down, facing her, and took in her proportions.

“You’re a Mini Cooper stretched to a Caddy. No wonder you’re revving so hard.”

“People I’d hear on the radio?”

“I don’t know if I’d like that, turning on the radio and hearing my life.”

He shook his head. Stubble furred his cheeks. “I dig it. It makes me part of each body that grooves to my beat.”

For years, as a female and a mother, I assumed that I’d spoken through the gold digger. But one day it became startlingly clear that I’d been speaking through the songwriter.

Each story in this collection is from my own experiences. The parking lot scene in “Rescue,” for example, actually happened. It, like all the stories, has been shaped into fiction—I’m about as far from a supermodel as it gets! However, even now, thinking back on that stark night, that man’s pain, still brings a tear to my eye.

That moment of Truth, of resonant poignancy, is what I strive to capture in all the stories. A reader entering their worlds is tuning into my “lyrics.” Yet every reader has a unique “beat,” so my lyrics invariably become set to their music. For me, this a harmonious miracle, a type of magic.

Q: Do you see particular themes linking the stories together?

A: We all have obsessions, and as an author they definitely arise in my writing. They appear as settings, as character traits, as conflicts, but they’re there, time and again. Sometimes in ways that make me blush.

History as inescapable, omnipresent setting is one of my obsessions. I’m fascinated by how we all move through these histories. Sometimes they propel us. Sometimes they leave us staggering, without even understanding we’re doing so, just suffering a low-frequency malaise. But we do it. Incessantly.

Even here, within this Q&A, I’m treading through familial, social, and environmental legacies and norms.

When people interact, they each bring their individual struggles. I find this fascinating. When it’s compounded by disparity—in social structure, race, or culture—it provides the opportunity for some of the most poignant experiences available to us. Thus, this is one of the collection’s overarching themes.

Colorado—my lifelong home—is also an obsession, so the stories are set there. One thematic layer focuses on the journeys of its women through social structures designed to objectify and often use them as the price of ambition. I have these awful moments, sometimes, where I find I’m limiting myself through these conditioned social norms, and I’m appalled, especially because I have a daughter!

A: When a story comes to me, there’s almost always a voice that determines its narration, characterization, and scope. Because of this, I write the story that needs to be told, regardless of genre.

Last May—on my birthday actually!—a middle-grade novel I wrote, The River Between Hearts, was the runner-up for the Kraken Prize at Fitzroy Books, and they offered me a publishing contract.

That story, of an 11-year-old girl discovering a terrified Mexican classmate hiding in her tree fort because her family has been deported, needed to be told from a child’s immediate perspective. The book just began production and will release in Spring of 2022.

Above all, their bond guides them both beyond the lives they’ve been conditioned to believe define who they are, to the selves they were destined to become. It’s a book that traces the evolving ways women have been shaped by American history and culture, yet even more by their own concepts of themselves.

The manuscript is currently parked, idling until things calm down. I’ll return to it after Lyrics for Rock Stars has enjoyed its launch.

A: V Press LC is an amazing small press begun by women. Its director and managing editor, Torie Amarie Dale, is a domestic abuse survivor. Someone even made a film about her.

I’ve published two YA novels with a larger press, but I’ve recently discovered this marvelous world of smaller presses, run by smart, dedicated people who are bringing beautiful, important books into the world that reach beyond the lanes of the traditional marketplace. This book coming to fruition with this press feels so right.

Also, Michael Crouch—one of my favorite narrators—recorded the audiobook! This collection’s characters range from 8 to 109 years in age. There are French accents, Chicago accents, rural accents, and urban accents. There are stories of distraught mothers, disengaged supermodels, naïve boys being boys, laconic cowboys, librarians gone bad, and lusting teens. His portrayals of them are stunning!