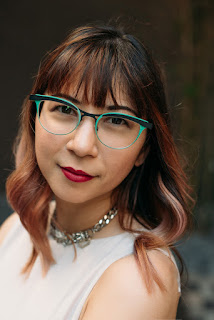 Elissa R. Sloan is the author of the new novel The Unraveling of Cassidy Holmes. Also a photographer and artist, she lives in Austin, Texas.


Q: How did you come up with the idea for The Unraveling of Cassidy Holmes?

A: In 2014, I caught a showing of the 1997 Spice Girls movie, SpiceWorld, on TV. Around the same time, Mel B was going through a very ugly and public divorce.

Q: You tell the story from a variety of perspectives. Did you write the book in the order in which it appears, or did you focus more on one character before turning to the others?

A: When I started writing, I knew I wanted the book to have flash forwards and flashbacks, to the present and the early 2000s, respectively. I mapped out when each of the four Gloss girls would appear in the week leading up to Cassidy's funeral. A few of the perspectives changed where they were in the book during revisions, but I wrote the first draft linearly with my diligent plotting.

An interesting note is that I started writing about Yumi (then known as a different name) and her divorce, but then shrank her role significantly when I realized the real story was Cassidy. 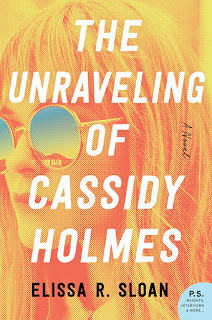 A: I knew nothing about the record industry -- nothing! I had heard of records going platinum, but that's about it. So I read tons of musician biographies and memoirs, and how-to books on how to break into the industry. I watched making-the-band reality TV shows and old episodes of Behind the Music, all to get a feel and understanding of how everything fit together.

I was surprised (but not shocked) by how predatory the music industry could be -- there's a video by TLC describing how everyone would take a piece of the pie before the artist got paid, and why many artists were broke or in debt.

Q: The Publishers Weekly review of the book says, "The dark side of fame is evident throughout this spirited and expertly plotted story..." What do you think of that description?

A: I think it's a wonderful compliment and also spot-on. I hoped to show that even those who seem to have it all can suffer from depression as well.

A: Cassidy was a bit of a sad book for me to write, so this time I'm trying for something more hopeful. I also want to incorporate more of my Japanese roots in my next project.

A: I hope readers enjoy the novel!