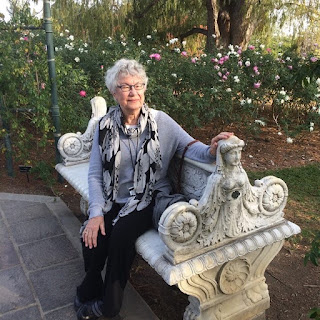 Ruth O. Saxton is the author of the new book The Book of Old Ladies: Celebrating Women of a Certain Age in Fiction. Her other books include The Girl and Approaches to Teaching Woolf's Mrs. Dalloway. She is a professor emeritus of English at Mills College in Oakland, California.

Q: You write that as you grew older, “I began to look for plots that might help me map a possible future beyond the familiar fairy tale where the old woman is stereotyped as either the wicked witch or the fairy godmother.” How did you eventually decide to write this book?

A: I have always looked to fiction by women writers to offer models of ways of being that allowed me to imagine myself and others in new ways.

So, for example, after I became a mom in 1965, and when I was also trying to create a professional career as a scholar, I read and taught narratives of mothers and daughters in literature, and noticed how often mothers were the topics of artistic daughterly inquiry, rather than being artists in their own right. This led to my courses and essays on “Dead Angels: Mothers and Daughters in Fiction by Women.”

Then, in the 90s, when my younger daughter was in middle school, and we were reading Charlotte Bronte’s Victorian novel Jane Eyre, she asked me in all seriousness, “But who cares whether Jane marries St. John or Mr. Rochester? Why is that interesting?”

Unlike her older sister, who shared my love of the feisty character at its heart, she questioned the significance of its plot--the familiar marriage plot of so many classic novels. 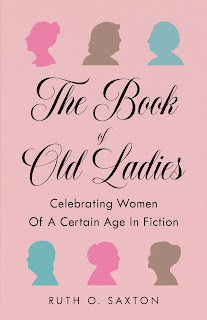 Whether in the 18th, 19th, or 20th century, the protagonist of many novels by women was often a girl whose future depended on her marriage.

As a mom of three children, and a professor of literature at Mills College, where most of my students identified as women, I wanted to find stories by women which did not center the marriage plot but narrated the challenges of just growing up as a girl.

I read and taught works such as: Jamaica Kincaid’s Annie John, Toni Morrison’s The Bluest Eye, Cristina Garcia’s Dreaming in Cuban, Sandra Cisneros’s The House on Mango Street, Jeanette Winterson’s Oranges Are Not the Only Fruit, and Dorothy Allison’s Bastard Out of Carolina and eventually published a collection of essays entitled The Girl: Constructions of the Girl in Contemporary Fiction by Women.

Noticing that older women appear around the edges, not at the center of these stories, as grandmothers, aunts, and neighbors, I began to see a course on old women as a mirror of sorts for my earlier work on young girls. They had much in common in terms of being read by their bodies, struggling with issues of dependence and independence, figuring out their identity as their familiar bodies changed.

I too was aging, and as I became the age of the older women, I began to look for stories that got inside the heads of old women and saw the world through their eyes as earlier novels had done for young women and girls. 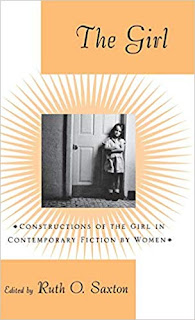 I gathered a collection of such stories into a new course that paired stories of girls and old ladies, “Coming of Age and Coming to Age,” and I began to think about the next book, which eventually became this one! For The Book of Old Ladies, I sought out stories that provide models for aging--the kinds of stories I wish I had read earlier in my life.

Q: Can you say more about how you selected the stories, and how did you figure out the book’s structure?

A: I read dozens of books, from children’s stories to detective series, as well as memoirs, journals, biographies, and books by experts in related fields. Eventually I decided to limit myself to what I know best--fiction by women. I sorted the books as one would sort laundry, or beads to string, trying out various groupings until I saw a pattern that pleased me.

I decided to begin with what I call “deathbed bookends,” stories in which the old woman is nearing death at the beginning of the story and then dies, but in which the central plot is her remembered youthful romance.

I had given a paper on “Sex after Sixty” at a Doris Lessing Conference and discovered considerable interest in that topic, which I eventually developed into a published essay. Although old women experience losses of many kinds, they also defy stereotypes, sometimes reinventing themselves in joyful and defiant ways, and I wanted to include stories that celebrate their discoveries.

Each of the five chapters in my book had its beginnings in a stack of books on my desk and eventually was winnowed into stories that I had recommended to friends or taught in my courses or just simply enjoyed. 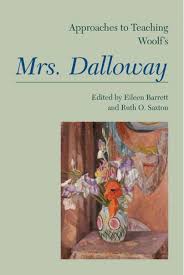 A: By the time I was choosing a title, I was in my mid-70s, certainly an old lady but not fragile or senile, and I wanted to use the word “old” without its negative baggage. “Ladies” is more fun than “women,” less academic, with a wide range of connotations that I like and that I wanted to play with.

Q: You conclude with Margaret Drabble’s The Dark Flood Rises. Why did you decide to end with a look at that book?

A: I chose Drabble’s The Dark Flood Rises because I enjoyed its three old ladies and the ways in which each of them accepts the reality of her approaching death and manages to live her final months to the hilt, whether tooling the highway to evaluate old age homes or riding her bicycle to teach poetry to adults, or in hospice care at home, where she still enjoys animated conversations with friends.

The setting for the novel engages many of the issues crucial to our own time--climate change, national wars, and competing philosophies for trying to make sense of life--and Drabble takes these on with considerable knowledge and nuance in lucid prose.

A: At present I am beginning to write a blog as an extension of the book so I can continue to introduce new old lady books and engage in conversations with a wider audience of readers than my students, learning how to live during the pandemic and retirement, and playing with ideas for what comes next!