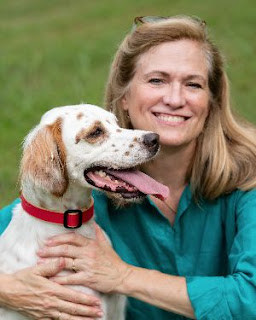 L.M. Elliott is the author of Storm Dog, a new novel for older kids. Her many other books include Suspect Red and Hamilton and Peggy!. A former journalist, she lives in Virginia.

Q: How did you come up with the idea for Storm Dog, and for your character Ariel?

A: Storm Dog is a little unusual for me since it's not a historical or biographical novel like Hamilton and Peggy! or Under a War-torn Sky.

It’s contemporary and told in first person by a slightly quirky, whip-smart, 14-year-old misfit named Ariel, who finds her self-definition and sense of belonging through nature, music, her own creativity, friendship with a Afghanistan-war veteran, a lost dog, dog-dancing (yes, that’s a thing!), and the Shenandoah Apple Blossom parade.

Whimsical and a little outrageous at times, Ariel’s journey is a celebration of individuality, self-expression, and creative partnership. And, of course, the joy of having a dog’s love. A mixture of many themes I’ve long wanted to explore, Storm Dog proved to be a bit of a slow boil for me.

The idea started with my picking up a National Geographic magazine about 10 years ago and seeing an article on the healing power of dance, which included a photograph of a woman and her golden retriever pirouetting. I wasn’t looking for inspiration for a novel—but I instantly thought: What? Dog dancing? (“Musical canine freestyle” is the formal title for competition in dog shows, BTW.)

By training I am a journalist. I was a senior writer with the Washingtonian magazine for 20 years before taking what I thought would be a temporary sidestep into fiction for one particular story. I wrote long, feature-well, human-interest stories, covering women’s issues, health, and the arts. That really taught me to “spot a story” and “a hole in coverage.” I’d never before heard of dog-dancing!

Soon after that, I read about Cairo, the MWD (military working dog) that accompanied soldiers on the Osama Bin Laden raid. I marveled at the bravery and loyalty it took for that dog to parachute out of a helicopter, strapped to his handler.

My father was a World War II veteran and I’d reported stories about military families for the magazine, so that led me to wonder about what kind of PTSD a MWD and its K-9 handler might face once back in the States, their combat tour over.

As a YA fiction writer, I realized that perhaps the most potent and poignant way of showing the healing power of creative collaboration, the bond between a person and dog, might be in the story of a troubled girl finding her way -- with the help of a K9 veteran who is a bit traumatized herself -- and because of a dog coming into her life. 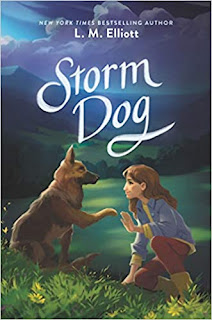 Most of my own dogs have been rescues, so I know how soulful they are and how tight the bond is when they come to trust humans again.

All these thoughts were thrown into the stew for this story.

I should also share that music was my first love. I once dreamed of being a concert flutist or symphony orchestra conductor. So I completely believe in its incantational magic to elevate us. As Ariel’s brother George says, music is an “outcry from the soul.” He quotes Thoreau: “When I hear music, I fear no danger. I am invulnerable.”

In high school, I played piccolo (like the demon-chasing, reformed alcoholic, Revolutionary War re-enactor who comes to Ariel’s rescue at one point and charms a passel of mutts with a well-played tune). I did, in fact, march in the Shenandoah Apple Blossom Festival parade. In college, I was field conductor of Wake Forest’s marching band.

So I know firsthand that for sheer showmanship, camaraderie, and plain old fun, nothing beats being in a really good high school marching band or a parade.

Finally, I never taught a dog to dance myself. But I witnessed the rather extraordinary creative partnership that can occur between a person and his/her pet through my daughter who was a champion equestrian during high school and college.

She was an eventer -- (a competition with three components -- cross-country, stadium jumping, and dressage) -- a sport that requires the rider to really understand, befriend, and patiently train and respect an animal. The delight and sense of accomplishment she felt, the symbiosis between her and two of her competitor horses in particular was breathtaking and so moving. I also saw some of her pony-club compatriots create musical freestyle dressage—coaxing 1,400-pound horses to float, turn, and sashay under saddle to routines they’d created. 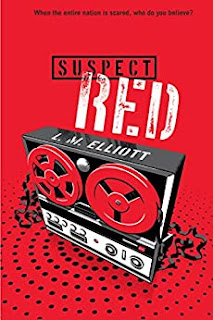 So I could translate that to Ariel and Duke, a girl and her dog, both misfits looking for self-definition and a sense of belonging. This all goes to prove that nothing is wasted in a writer’s life, right? We just have to “save string!”

Q: On your website, you write, "I’ve only done a few first-person narratives, but sometimes a story just seems to beg for the immediacy and character reveal of that voice." What about Ariel made you want to write her story in first person?

A: Dialogue is one of the best and quickest reveals. One of my personal writing heroes is the Pulitzer Prize-winning columnist/journalist/novelist Anna Quindlen.

She expresses so much of what I believe about what journalism can teach fiction writers: “I spent decades writing down people’s words verbatim, how real people talk. I learned that syntax and rhythm were almost as individualistic as a fingerprint. That one quotation, precisely transcribed and intentionally untidied, could delineate a character in a way that pages of exposition never could.”

Using a first person narrative put my readers into Ariel’s head instantly. It allowed me to play up both the offbeat and the philosophical in Ariel’s personality and story. Her voice is slightly edgy, hurt and defensive but still hopeful, always yearning, and awe-struck and idealistic about the beauty she finds in the hills and in books.

At the same time she can throw a little shade when necessary. Using first-person also allowed her to be to-the-bone honest, saying things like: “When everyone expects you to be a screw-up, it’s hard to avoid becoming one. Almost like I’d disappoint them if I turned out well.” And then to set up the anticipation of a good story coming as she adds: “I suspect that’s what led me to my trouble.”

Q: The novel takes place in Virginia--how important is setting to you in your writing?

A: Typically, the eras of my historical pieces have the upmost impact on my characters' thoughts and trial. But setting was tremendously important to the world of Storm Dog in those regards. Part of that has to do with the solace and affinity Ariel instinctively finds in nature.

Sky Meadows State Park (a gorgeous 1,862-acre sanctuary of hills and green up against the Blue Ridge in northwest Fauquier County) is where Ariel goes to escape her troubles, to have a hawk’s cloud-down perspective on the world, where she finds the ethereal and a sense of the divine—however you wish to define it—in a catbird’s song, the delicate design of a Spring-beauty’s tiny blossom, and in the winds that kiss the earth up on those hills.

Setting can also set up conundrums facing a protagonist. With Storm Dog, geography handed me a palpable push-pull between disparate but neighboring cultures, and the poison of stereotypes and xenophobia.

Within the 50-mile radius of Ariel’s world, in that northwest corner of Virginia, you will find elbowing each other: 19th century country estates and equestrians who still “ride to the hounds” chasing foxes; designer-boutique luxury shopping meccas; million-dollar plus tract homes, as well as working farms and orchards picked by migrant workers and immigrants, and plenty of people who struggle to get by. 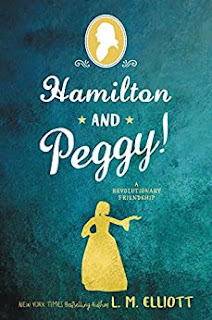 As such, the area percolates with frictions and misunderstandings born of stereotypical expectations.

As Marcus—a young handyman who quotes Patsy Cline, scripture, and Roman philosophers, who lovingly takes care of an almost blind neighbor, and who willingly works jobs shoveling dog manure at a shelter or wearing a pizza costume in order to save up money for community college—says to Ariel: “Think because I live in a trailer park and not some fancy old house like yours that I can’t have good manners?”

I never forget that I write for young people, who are still forming their own set of beliefs and who fervently believe they can make a difference in this world if they just try hard enough. So it’s a true privilege to create characters who can resolve some of these issues through personal exchanges and actually coming to know one another, to “show rather than tell” how mighty those revelations can be.

A: Storm Dog explores the redemptive power of music, nature, and human imagination. The self-definition that comes from imagining and then creating something. Now, dog-dancing is pretty unique. And as such is a powerful symbol for individuality, finding your own voice, as well as the wondrous communion of souls to be found in creative collaboration.

The story also challenges conventional definitions of beauty and celebrates the healing gift of tolerance and standing for a moment in other people’s shoes.

At the end of the novel, Ariel will come to say: “Now that I can define myself on my own terms a little better, now that I’ve imagined and created my own melody, people not understanding me or mistakenly labeling me just doesn’t hurt as much. I know who I am.”

I hope that for all of us.

A: I just finished writing a book titled Walls, about the Berlin Wall going up, overnight, in 1961. Algonquin will release it August 2021, in time for the 60th anniversary of that awful event.

Like Suspect Red, the novel follows the impact of the Cold War, its paranoia, and nuclear-arms dangers on two teenage boys. This time an “Army Brat” stationed in democratic West Berlin and his cousin, who lives in communist, Russian-controlled East Berlin.

I have to say, the similarities in Khrushchev and Putin (who once worked for the KGB), and Russia’s pervasive espionage and infiltration of American life and elections then and now, are staggering. Khrushchev famously said: “We will take America without firing a shot. We do not have to invade the U.S. We will destroy you from within.”

A: Yes! Sky Meadows State Park is only an hour’s drive west from Tysons Corner. Go if you can. Your heart will dance, I promise. And if you’re looking to adopt a dog, please-please-please take in a rescue one. They will love you forever, with a fierce loyalty and gratitude that comes from having known hard times and that now—thanks to you—they are safe.