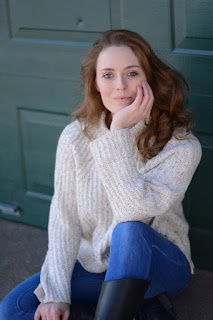 Jen Waite is the author of the new novel Survival Instincts. She also has written the memoir A Beautiful, Terrible Thing.

Q: In your new novel, you explore some themes that you addressed in your memoir. What do you see as the relationship between the two books?

A: I drew on my experience in an emotionally abusive relationship to create what I hope is a realistic portrait of Anne's courtship and marriage to Ethan in the novel.

What I was surprised about in my own relationship (!!) was that abuse doesn't feel like abuse when you're in the thick of it. It can actually feel like love or it can even feel like a normal, but perhaps slightly off behavior.

I wanted to shed light on the manipulative tactics that abusers, and especially narcissists, use in relationships like gaslighting. Much of it is covert and not easily explainable/shown to someone outside of the relationship, so you internalize it and doubt your own judgement and reality, i.e. you think you're going crazy!

I hope that my own experience shines through in that specific way in this novel. 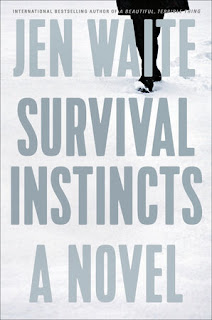 Q: The novel switches around among several time frames, and among several characters' perspectives. Did you write it in the order in which it appears in the novel, or did you focus on one timeline and/or character before moving to the others?

A: I wrote it mostly exactly as it appears in the novel. I made an outline first (which I did not do for the memoir) so I knew which "Cabin" scene corresponded to which "Past" scene. During editing though, I did go back and add scenes or flush out scenes so those were written out of order.

Q: The book takes place mostly in northern New England. How important is setting to you in your writing?

A: To be honest, it doesn't matter to me so much where a story or scene takes place as long as I can feel it. So I do try to write about places I've actually been because I want to create a three-dimensional experience for the reader.

I'm also just personally drawn to “cozy” environments so I did enjoy writing about winter and cabins and New Hampshire and Vermont. 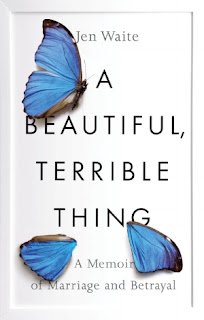 A: That as a parent, you are not going to be perfect, it's impossible, and you cannot control every aspect of your child's life or protect your child from all the world's dangers, but you can teach them coping skills, give them a safe space to make mistakes, and be vulnerable, be open and honest with them and treat them with respect and dignity.

I think at the end of the day if your kid feels safe and secure and loved, then you're doing great.

A: I'm at work on my third novel, also a domestic thriller!

A: I just want to thank all my readers. I'm so grateful to share my words with you all and I'm excited to keep writing!