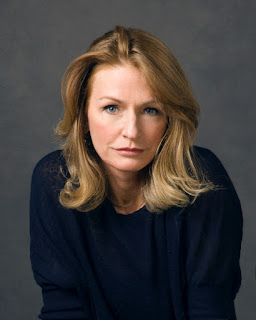 Ann Leary is the author of the new novel The Foundling. Her other books include The Good House, and her work has appeared in a variety of publications, including The New York Times and Ploughshares. She lives in New York.

Q: You write that your grandmother’s life story inspired The Foundling--can you say more about that, and about how you created your character Mary Engle?

A: When I joined Ancestry.com over a decade ago, one of the things I wanted to learn was how my maternal grandmother, Mary, became an orphan. I still don’t know what happened to Mary’s mother or the name of her orphanage.

The first record of her existence I could find was in a 1930 Census record. She was 17 and working as a stenographer at a large institution in Pennsylvania called Laurelton State Village for Feebleminded Women of Childbearing Age.

I was surprised and disgusted that the word “feebleminded” was used to describe individuals in a residential facility for disabled people funded by the government. I soon learned that the word feebleminded, along with idiot, imbecile and moron were clinical terms at that time.

As it turned out, the “of Childbearing Age” part of the name was the most cruel part. Because Laurelton State Village for Feebleminded Women of Childbearing Age (or The Village, as some locals called it) was originally a eugenics asylum – one of many in this country at that time.

Its mission wasn’t to educate or offer therapeutic support to its inmates. It was a place to confine women who were deemed “mentally or morally defective” for the entirety of their reproductive years, so that they could not have children who might inherit their defects and become future burdens to society.

The eugenics movement was basically about trying to solve societal ills such as crime and poverty by preventing the births of future criminals and paupers.

A: I read everything I could about the American eugenics movement of the early 20th century. Many books and articles have been published about the subject - I keep meaning to add a bibliography to my website. Thanks for the reminder.

I think in recent years, Americans have become more aware of what a massive impact eugenics attitudes and laws had on society 100 years ago, but it’s still a rather hidden part of our history. I wasn’t taught about it in school and I don’t know anybody my age who was taught about eugenics prior to college.

So I read a lot of books and I also drove to central Pennsylvania to visit the now-abandoned asylum and review county court records. I visited the state archives in Harrisburg which had some records. Newspaper archives were very informative as well. 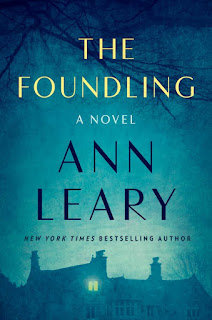 I don’t know how people researched prior to the Internet. Most of my research was done here. And to be honest, I’m still researching this topic; it’s become an obsession.

The thing that surprised me at first was how mainstream and popular eugenics was in America and abroad during my grandmother’s time.

It was shocking to learn that Theodore Roosevelt, Virginia Woolf, George Bernard Shaw, Winston Churchill, H.G. Wells, Margaret Sanger and many, many others were outspoken in their support of what we know recognize as an abhorrent and false ideology.

Q: The writer Fiona Davis said of the book, “Leary’s latest is a stunning tale of corruption, compassion, and hope, and includes one of the best endings I’ve read in ages. She’s reached back in history and uncovered a shockingly true story, one that resonates strongly today.” What do you think of that description, and how do you think the story resonates today?

A: Well, I absolutely love that description and Fiona Davis too! This book resonates on so many levels today. It was very disheartening to see almost the exact same headlines in newspapers of the 1920s that we are still seeing in the 2020s.

Racial intolerance, immigration restrictions, political divisiveness, xenophobia and of course, a woman’s right to make her own decisions about whether to become a mother or not, were central to the eugenics movement and are very much in the forefront of public discourse today.

Eugenics was based on the same paranoia that seems to have fueled the current “race-replacement theory” that is inciting so much rage and fear on both sides of the political spectrum. On the one hand it’s dismaying that we are still struggling with these societal issues. On the other hand, we can all do something to help.

In my novel, my main character, named Mary after my grandmother, was a young working woman with no money or family. As such, she was very vulnerable. She wasn’t in a position to overturn state and federal eugenics policies, nor did she want to as she would never think she knew better than those luminaries I mentioned above.

But she did try to help some who were victimized by the cruel policies, in a small way. I think people will find some hopefulness in her story and be inspired to help in any way they can, whether through volunteering or donating to causes that help make our world better.

I’m particularly interested in supporting causes that support social justice and I try to donate my time and energy there as much as possible.

Q: How would you describe the dynamic between Mary and Dr. Vogel, her employer?

A: One of the main themes of this story is motherhood. Neither Mary nor Lillian, her orphanage wardmate (who ends up imprisoned at the asylum where Mary works), had mothers. When they were growing up, they and the other girls in the orphanage fantasized about their dead mothers.

So, even as a young adult, Mary is unconsciously desperate for a mother-figure. Dr. Vogel, a psychiatrist, recognizes this immediately and begins to fill this role in a very subtle but insidious way as the story progresses.

A: I’m working on a collection of personal essays that are about …well, me. And being a certain age. Some are previously published but most are original. I hope people will find them amusing and maybe interesting…but let’s go back to The Foundling! It came out on Tuesday, May 31!

A: I think we’re good! Thanks for asking me!