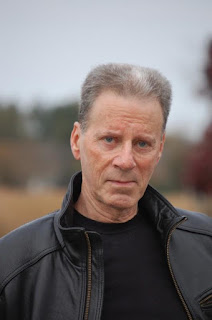 Mark Rubinstein is the author of the new novel Assassin's Lullaby. His other books include the novel Mad Dog House. He is a psychiatrist, and he lives in Wilton, Connecticut.

Q: What inspired you to write Assassin’s Lullaby, and how did you create your character Eli Dagan?

A: I’ve always been intrigued by covert operations, assassins and especially by a clandestine organization like the Mossad. There’s something ominous about their activities and worldwide reach; they’ve even been implicated (along with the CIA) in the Stuxnet operation that shut down many of Iran’s nuclear centrifuges some years ago.

Eli Dagan just arose from the workings of my imagination as a deadly guy but one with a sensitive soul and a tragic past. To some minor extent, I suppose Daniel Silva’s protagonist, Gabriel Allon, may have had some small influence on me, though Eli Dagan is very different from Allon.

Q: The writer Reed Farrel Coleman said of the book, “An edge-of-your-seat thriller stretching from Israel to Russia to Brighton Beach, Brooklyn, it is a novel both grand in scale and incredibly intimate.” What do you think of that description?

A: I think Reed Farrel Coleman’s description of Assassin’s Lullaby encompasses Eli as an individual with regrets, hopes, and anxieties, and as a man who once belonged to a top-secret organization from which he is now estranged.

I think his description also makes note of the fact that much of what influenced Eli happened in the context of terrorism and its worldwide presence.

His description also takes into account that while Eli’s exposure to terror and criminality occurred years earlier, he must still deal with the reverberations of past events, especially as they relate to contemporary criminals and organized crime, namely Russian organized crime. 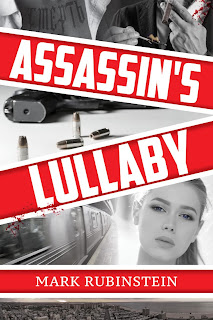 A: The title Assassin’s Lullaby seemed to pop into my head out of nowhere, though it has significance since the word “lullaby” is associated with going to sleep. In a sense, Eli has spent the last 10 years putting certain people to sleep and is always under the threat of being put to sleep himself.

A: I can’t say I knew how the book would end when I began it. I had some vague notion about the ending which became more and more solidified as the writing progressed.

I often find myself making changes along the way so that when I’ve completed a novel and look back at my preliminary notes (not an outline) the final product is far different than what I envisioned it would be at the start. In a real sense, the novel takes on a life of its own and evolves (as does the protagonist) as the storyline progresses.

But yes, there were changes as the chapters and the story moved toward the final conclusion, so I can’t really say I knew the ending when I started writing the book.

A: I’ve just completed a novel entitled Downfall, about a young physician, Rick Shepherd, who comes across a crowd of people gathered in front of his street entrance office. A dead body lies covered over on the sidewalk and the police have cordoned off the area.

When he turns on the local news that evening, a photo of the victim is shown, Rick is aghast when he sees the face of a man who could almost pass for his twin brother. What happens next is the stuff of thrillers as he finds himself uncovering past events of the most threatening and ominous kind.

Q: Is there anything else we should know about Assassin’s Lullaby?

A: When I think about it, I realize that the novel is the expression of a final common pathway of ideas that have rattled around in my head for years. In a true sense, it’s a synthesis of my years of writing crime novels.