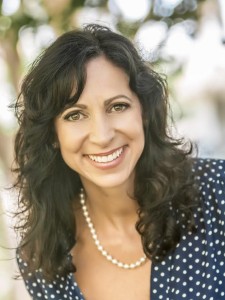 Priscilla Oliveras is the author of the new novel West Side Love Story. Her other books include Island Affair.

Q: How did you create your characters Mariana and Angelo, and how would you connect them to the characters in West Side Story and Romeo and Juliet?

A: Almost all my novels have started with the germ of an idea for a character. Or, the character kinda showed up one day…yes, in my imagination, but they instantly felt real.

With West Side Love Story, it was Mariana and her sisters who appeared first. I saw an on-line news segment about an all-female mariachi band and the idea about a group of foster sisters who form their own mariachi band swept over me. Like, I could just see them on stage.

As I thought about Mariachi Las Nubes and considered potential conflicts in the sisters’ lives, the idea for a competition took hold. In a bid to raise the stakes—as if an all-female band wouldn’t face enough conflict—I wondered what if one of the other bands had it out for them in some way.

The challenge of taking Shakespeare’s work and re-imagining a story in today’s world, within the Latinx comunidad and with my version of the characters, really appealed to me.

As the oldest Capuleta sister, Mariana would feel the need to set the right example for her sisters. So, the idea of her developing feelings for someone in their enemy’s camp would really test her loyalty and values. That made her perfect for my Juliet.

For my Romeo, I needed a hero with strong familia ties, but one who finds himself caught between allegiance to his familia and his own beliefs about what is right and wrong. Enter Angelo, a good-hearted man, a perfect match for Mariana in every way, except for his last name. J

Like Romeo and Juliet, both Angelo and Mariana are instantly drawn to each other, and even when they discover their true identities, they can’t deny their feelings. Only, rather than try to run away from the feud, Mariana and Angelo work together in hope of tempering the animosity simmering between their two familias, especially during the Battle of the Mariachi Bands.

Q: The novel takes place in San Antonio, Texas--how important is setting to you in your writing? 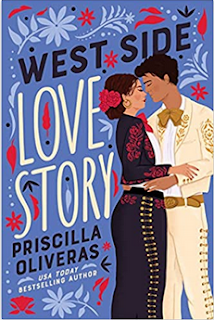 A: Ooh, the setting plays an important role in many of my books because I try hard to make it come to life for my readers. I want them to be able to picture themselves in the scenes with my character. Hearing, seeing, smelling, touching everything around them, just like the characters do.

In my debut series, Matched to Perfection, I enjoyed creating a fictional suburb on the outskirts of one of my favorite US cities, Chicago. In books 2 and 3, Her Perfect Affair and Their Perfect Melody, some of the main characters live in the city and I tried hard to give readers a sense of what Chicago and the surroundings area are like—based on my personal experience.

With Their Perfect Melody, it was super fun “going to” a Cubs game and hanging out with Lilí and Diego in Wrigleyville, home of my favorite baseball team and a beloved part of the city.

I wrote the Keys to Love series as an homage to my adolescent home, Key West. With Island Affair I hope readers feel like they have their toes in the sand at the beach and are biking around the island, dancing on Mallory Square and enjoying the sights as Luis introduces Sara to his island home.

And with Anchored Hearts, the high school and childhood memories Anamaría and Alejandro share having grown up together on the island are similar to the memories my sister and I have as teens living there, too. My hope is that readers finish the Keys to Love series books feeling like they’ve visited Key West and have made lifelong friends with the Navarro familia.

With West Side Love Story, as soon as the idea for an all-female mariachi band comprised of sisters came to me, I knew I had to set it in San Antonio, my papi’s hometown.

San Antonio is a vibrant, culturally rich city that holds so many fond memories for my familia. Many of the locations mentioned in Mariana and Angelo’s romance were specifically picked because they have a connection to my familia in one way or another.

My hope is that while they’re falling in love with my characters, readers also enjoy a book vacation to a new place, or that fond memories of their visit or of their hometown are rekindled.

A: Well, since West Side Love Story is a romance, there’s no surprise that Mariana and Angelo find a way to have their happily-ever-after, or at least their happy-for-now ending. But they do have to work for it. J

From the beginning stages of my writing process, I had a definite idea of how I wanted the “death” aspect of Romeo and Juliet to play out in West Side Love Story. That idea never changed.

I also knew I wanted a scene with all the familia and Las Nubes performing…the theme of familia is an important aspect of the novel, as with all my books.

When I started writing, I had a picture of that final familia scene in my head, but the further I got into the book, I realized the location and situation I had originally envisions wasn’t quite right.

In the end, the way West Side Love Story wraps is a testament to the unbreakable bond the sisters and their parents share with each other and their comunidad, as well as the bond that has formed between Mariana and Angelo.

A: My hope is that readers finish West Side Love Story feeling like they’ve visited San Antonio where they spent time making dear friends with the Capuletas, swooned over the passionate romance between Mariana and Angelo, and experienced some of our rich Mexican culture…all set to the dulcet strains of mariachi music.

A: I just wrapped page proofs for book 2 in the Queens of Mariachi series.

Kiss Me, Catalina is a Taming of the Shrew re-imagining featuring the second oldest sister, Catalina Capuleta, and the international mariachi superstar Patricio Galán. It’s a road trip romance with two strong-willed, super talented artists, both dealing with familia pressures and pains while fighting an intense attraction to each other.

I can’t wait for you to hit the concert tour with Patricio and Catalina when Kiss Me, Catalina releases later this year on Nov. 1!

A: I’ll be hitting the road for in-person events in Philadelphia, NYC/Brooklyn, Cincinnati, and D.C. in June and July; and I’ll be chatting with fellow authors and booklovers in several virtual events. Dates and info are on social media and on my website’s event calendar. I’d love for you to join me for one or some or all… ;-)