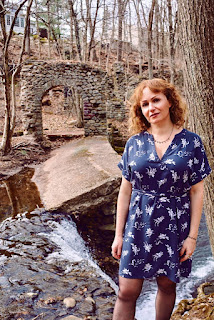 Emilya Naymark is the author of the new novel Behind the Lie. She also has written the novel Hide in Place. She is also a web designer and developer, an artist, and an illustrator.

Q: What inspired you to write Behind the Lie, the second book in your Sylvan suspense series?

A: After writing the first book in the series, Hide in Place, I became really interested in one of my side characters. She was this perfect wife and mother who seemed to have her entire life completely under control.

And it made me think of how many moms I know who work so hard at their jobs and then still make sure all the kids make it to all the extracurriculars. They cook, watch their weight, work at looking good, try to wear nice clothes. They help their kids with homework, schedule doctor visits for the entire family, plan the vacations, do the grocery shopping.

The expectations we put on ourselves are utterly unrealistic, and unnecessary, but they’re there. Underneath, many women are barely hanging on to sanity, much less to the goals they’ve set themselves.

I wanted to write about a woman who takes this directive to be perfect to an extreme and then see what happens when she can’t keep up.

Q: This is the second book featuring your character Laney Bird, a former New York City police officer--do you think she's changed at all from one book to the next?

A: In the first book, Laney has to come to terms with her past decisions and recognize how they’ve boomeranged at her years later. She is still numb from the aftermath of her divorce and the racketeering case that ended her detective career. 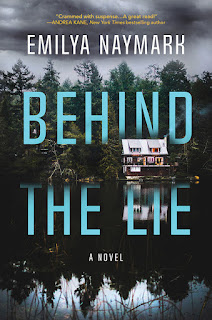 In the first novel, her mindset is simply to get through each day and keep her son safe and happy. Of course, she fails at both, because, once again, some goals are unattainable. Children have minds of their own.

By the second book Laney is becoming more of her own person. She’s discovering who she is without a conditional—who is she if she’s not a daughter or a wife or a mother.

In addition to having several interlocking cases to solve as a PI, she is also learning to navigate her life with greater clarity.

A: I did have an understanding of where each character needed to end up. Some of the arcs were so clear that it couldn’t have gone any other way. However, I wrote two different versions of the novel. One as the next in the series and one as a standalone, where I went into greater detail into the lives of my dual antagonists.

I think I show very imperfect people doing their best. If someone can read my novel and think to themselves, “Wow, I thought I was bad at something, look at those losers!” and that will make them feel better about themselves, then I’m happy!

I would like for people to walk away having enjoyed the ride and maybe feeling that they shouldn’t be so hard on themselves.

A: I have a third novel in a disarrayed state, and I’m cobbling together several short stories.

A: For the entire month of June, both my novels are Kindle Deals on Amazon at $1.99 for Hide in Place and $2.99 for Behind the Lie.

Thank you very much for the opportunity to share about my stories!