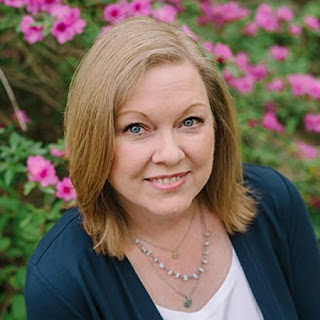 Julia Bryan Thomas is the author of the new historical novel For Those Who Are Lost. Her other books include The English Boys.

Q: What inspired you to write For Those Who Are Lost and how did you create your cast of characters?

A: The summer before I wrote the book, I attended the Yale Writer’s Workshop. At the end of our final session, my writing professor encouraged our class to continue writing short pieces and then submit them to each other once a month.

I had been reading World War II books for several months and came across the shocking details of the Guernsey evacuation of thousands of schoolchildren shortly before the Nazi invasion.

Inspired by this true life event, I wrote a 1,000-word short story for my writing group about a woman who had to send her children to England for the duration of the war. After delving into the topic, I found I couldn’t let go of the idea. Eventually, I decided to try my hand at writing a historical novel.

For a second main character, I had originally planned to tell the story of a teacher who evacuates with her students, but on the very first day when I sat down to write, Lily Carré jumped off the pen and onto the paper. She was so alive that I had to share her story.

I also love the character of Peter Ashby, the vicar from St. Austell, who came to me after I had written a few chapters. Very quickly, I realized he would be a pivotal character and that Lily’s dilemma would become Peter’s, as well.

Q: How did you research the novel, and did you come across anything that surprised you?

A: I have been interested in World War II for a long time. I’ve watched every film and miniseries about the war that I could find, as well as read a number of books on the subject long before I had ever planned to write about it.

But a chance paragraph in a book about the Guernsey evacuation caught my attention. As a teacher, I could just imagine what it must have been like to leave your home and family and take young students across the sea to an unknown future.

I had never read anything about it before and I felt it was a story that needed to be told. When I decided to begin, I not only watched films and documentaries, but also read voraciously to find out as much as I could about this historical event.

I discovered interviews of people who had gone through the evacuation, as well as others who stayed behind on the island as the Nazis invaded Guernsey. 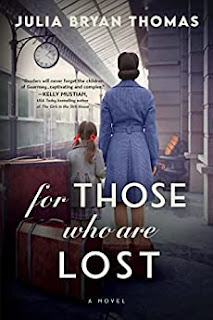 Their personal stories had a powerful effect on me. It was difficult to live through an occupation, but it was also difficult to send your children away for an unknown length of time. There were no easy answers for the people involved.

During my research, I learned far more about the war and its effects on both England and Guernsey than I had known before. It was devastating to live on an occupied island during the war and suffer the loss of freedom, but there were many things that did shock me as I learned about the occupation.

Churches on the island were closed, after having been ransacked and Nazi flags were hung over the altars; people were imprisoned for hiding radios to try to stay abreast of the news; the children who didn’t evacuate were being taught German in the schools. There were so many facts I simply couldn’t include them all.

Q: You’ve said, “The character I would most like to befriend is Henry.”  Why is that?

A: Henry was 9 years old at the time of the evacuation and he really grew up over the five years he was parted with his family. In spite of the hardships of being separated from his parents and Catherine, he was open-hearted and grew up to be a good man.

I loved watching his evolution from child to adult and his eventual role in bringing all of the others together as a family again.

A: I had planned for the book to be the story of a teacher who takes a group of children to England, but that’s not how it turned out at all. The character of Ava, the children’s mother, is exactly as I pictured it, but Lily was a surprise protagonist in the story and Peter came along later.

I believe in making notes before writing a book, but sometimes the inspiration tugs you in a completely different direction. It gave the story an added significance to have Lily’s character steal a child and I was on pins and needles as I wrote, wondering how it would all turn out.

Once I had Peter’s character in place, I was able to finish the outline for the rest of the book.

A: I am currently working on a second historical novel, this time set in Cambridge, Massachusetts, on the campus of Radcliffe University.

I’m enjoying being caught up in the world of the 1950s and examining a group of young women who are caught between the post-war era and the “modern” 1960s. It was a pivotal time in our country’s history.

A: One interesting thing about me is that I am married to another historical mystery writer, Will Thomas. Will is the author of the Barker and Llewelyn series, which features a crime-fighting duo in Victorian London.

Early on, when he was writing his first novel, I wrote one, too, which wasn’t published. He found instant success with his series and I had to work for several years before I finally published my first novel. I honed my writing skills by editing his books and by being a voracious reader.

George Eliot said: “It’s never too late to be who you might have been,” and I certainly believe it! Perseverance and educating yourself in the area you’re interested in are the keys to success.

Many thanks to you for inviting me to do this interview!