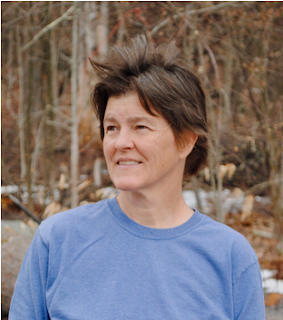 Susan Mills is the author of the new novel On the Wings of a Hummingbird. A former immigration attorney, she lives in Vermont.

Q: What inspired you to write On the Wings of a Hummingbird, and how did you create your character Petra?

A: I retired somewhat early from a career as a Spanish-speaking immigration attorney. Over some 20-plus years, I worked with thousands of Central American clients, many of whom were applying for asylum based on entanglements with gangs or domestic violence.

Guatemala has the third highest rate in the world for femicide, so many women, especially, had good reason to fear returning to their country. Gangs have particularly targeted young people in the last decade or so, so many juveniles have fled Central America, either alone or with relatives.

My son’s father and his large extended family also immigrated from El Salvador; he grew up in some of the worst years of the war between the guerrillas and military there. All of these stories have churned around my life and through my emotions for the majority of my life.

Given the controversy during the last many years in the U.S. over immigration, and the tendency to “other” immigrants, my hope in On the Wings of a Hummingbird is to convey the complex humanity of a group of immigrants, with their hopes and dreams, their obstacles and struggles with complicated pasts, and to make it clear that their immigration issues do not define them as people.

Very few people — Petra among them — leave their homes, their culture, language, and family roots without feeling like they don’t have a choice.

A specific immigration client first inspired me to create Petra. Her case wasn’t particularly remarkable, but her fiery spirit really struck me. She was a Guatemalan teenager with short hair and a fiery spirit.

One day, at 15 years old, she simply up and left Guatemala for the U.S., all by herself, without telling anyone — not the grandparents she lived with there, nor her mother here in the U.S. Her father had already abandoned her.

She got across the border, found her mother, and made her way to our office. Soccer was the true love of her life. She applied for special immigrant juvenile status. I liked her a lot.

So she birthed Petra. But she became a smaller influence as the novel grew. Mostly, Petra is made up out of my head, and pieces of her come from many different Central Americans I’ve known, including my son’s father and his family, who are from El Salvador — and, of course, there’s some of myself in her.

Q: In the book's Author's Note, you write, “I am well aware that I am not Central American, and that this story would likely be different if I were. I hope it will be read, appreciated, and understood in that light.” Can you say more about that, and about the ongoing debate over writing from one's own experience?

A: My sense is that there are very real issues about white authors getting privileged in many ways in the publishing world over black and Latino and immigrant authors. Understandably, there is anger and resentment over that history, which on many levels certainly continues.

I believe the solution is not so much to discredit or cut out those white voices as to elevate and give an equal chance to the non-white authors.

A diverse set of voices who write about, for instance, the immigrant experience, only has that much greater chance of reaching a wider audience and affecting people for the better. 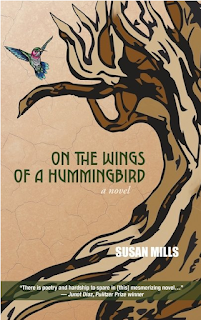 Hopefully, publishers and others in the writing industry will become more aware when books which grossly distort people’s experiences come before them for consideration, and will take that into account in their decisions.

Anyone who reads should be aware of who the author is, and something about their perspective in writing a book. It’s an essential part of evaluating any writing.

I believe I have a strong background to write this story, but this novel, like all novels, should be seen within the context of who wrote it. With that in mind, I hope and expect that there is much of value in my novel for people to consider, to grow and learn, to enjoy.

A: The vast bulk of “research” I did for this novel took place over my 20-plus years as an immigration attorney, as the partner of a Salvadoran man, and from my personal experiences in various visits to Guatemala, El Salvador, and Nicaragua.

My studies as an undergraduate at college and my family background of political activism also helped me put it all in perspective.

Most of the specific research I did revolved around the Mayan aspects to the story.

I read the Popol Vuh — the Mayan “bible” with a long creation story and other mythology — read many myths and folktales, delved into the history of the Mayan civilization and its conquest by Spaniards, researched Guatemalan animals, plants, colors, clothing, etc.

I can’t say that this particularly surprised me, but it’s always notable how much overlap there is between different religions, whether it be Mayan, Christian, or Buddhist. The complexity and depth of Mayan mythology is a constant wonder.

To point to just two of the things I discovered in my research — the potoo (a bird who closes its eyes but for a slit through which it watches for prey from high in a tree) and the aluxob (a kind of Mayan sprite, with attitude) — continue to pop in my imagination.

A: I definitely did not know how the book would end.

While I don’t really believe in the concept of a book writing itself — it’s way too hard work for that — there is a way the characters continued to bend and develop in ways I as the writer didn’t anticipate. I would plan ahead by a group of chapters at a time while writing.

A: Other than finishing the construction of a four season, passive solar greenhouse, I am also well into writing a second novel.

It is a somewhat lighter read than On the Wings of a Hummingbird, and adds a stronger suspense element. Its themes bring together the personal, political, and global.

The protagonist is a paralegal at an immigration law office who is dealing with her own history of abuse by her son’s father, is recalibrating her relationship with her adult son, seeks to balance idealism with practicalities, and is in ongoing conversation with her own gender presentation and identity.

She takes on two related, complex asylum cases which involve issues of sexuality, gangs, and corruption at everyday levels of the Guatemalan government.

A: I will be donating a portion of the proceeds from book sales to a nonprofit organization which aids Central American children refugees.

My website is www.susanmills.co - Please visit for updated information about upcoming events.