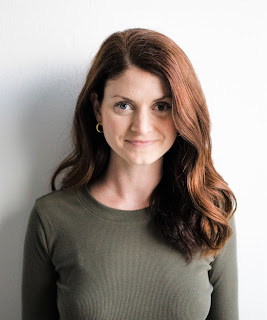 Alex Kiester is the author of the new novel The Truth About Ben and June. She also has written the novel In Her Skin. She has worked as a copy editor and a book editor, and she lives in Austin, Texas.

Q: What inspired you to write The Truth About Ben and June, and how did you create your two protagonists?

A: I tend to think that my most organic writing happens when I’m exploring my fears and at the time I began this novel, about five years ago now, my biggest fear was the ambivalence about entering into parenthood.

In most capacities, I know what I want from my life, and yet, I don’t know if I want to have children. Some days I do. Some days I don’t. And as this is probably the biggest decision anyone can make—whether or not to bring new life into the world—ambivalence about it is terrifying.

My book began as a series of scenes between two characters who are deciding whether or not to have a baby. These characters later became Ben and June, but they started as nothing more than the two sides of my brain.

June, the owner of the former voice, came to me first. While she and I are very different—she’s a professional dancer, I’m a writer; she lives in New York, I live in Texas—most of what she struggles with throughout the novel was taken from my own life. She wrestles with what it will mean to her creative career to have a kid, something I think about… a lot.

And then after she does have her baby, she suffers from severe postpartum anxiety. While I don’t have children myself, much of her experience was based on my own experience with anxiety. Essentially, poor June was a receptacle of all my existential dread.

Ben came to me more slowly. I knew early on that the book would be an exploration of their marriage, which meant that Ben had to be both a foil and a complement to June. He is, like all the best humans and characters, a complicated mess. He wants to be good and do good, but in order to do so, he must confront the unconscious biases he has that are in his way.

Once I understood that Ben’s basic desire is to be good and that his basic fear is that he isn’t, he finally fell into place.

Q: Why did you decide to write most of June's sections in the form of letters?

A: Throughout the recent months of her life, June is living two drastically disparate realities. There is the facade she presents to the world, in which she appears to be more-or-less put-together, and there is the reality behind it, in which she is grieving the death of her mom and the abrupt end of her career, as well as struggling to adjust to new motherhood.

And the hardest part is that because all of this complicates the emotions she has for her baby, June feels enormous shame.

She is desperate for someone to confide in, but she is terrified to reveal the truth to anyone, which is why she decides to write to her deceased mom—someone she deeply loves and misses and also the one person who doesn’t have the capacity to judge her or respond at all. 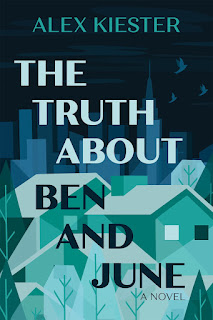 Because June is hiding so much in her real life, these letters were the only medium that allowed her to be honest enough for the reader to understand her truth.

Q: Can you say more about why you chose to focus on postpartum depression in the novel?

A: As I was writing about this woman who is struggling with the same ambivalence about entering into motherhood that I have, I think I subconsciously wanted to explore through her what the worst-case scenario would be if she decided to have her baby.

As someone who has struggled with anxiety for years, I have this haunting dread that if I do have children, my postpartum experience will be plagued with heightened mental health issues. In giving postpartum anxiety to June, I was able to live out that fear from a distance.

Also, as someone who has long dealt with mental health issues, I’m constantly drawn to the idea that sometimes our own brains can be our own worst enemies. For me, this is a far more terrifying prospect than an outward antagonist.

Q: The Greek tragedy of Medea features prominently in the book--why did you decide on that as a theme?

A: I first stumbled upon Medea’s story when I was researching the Martha Graham Dance Company, the company where June dances. They have a ballet titled “Cave of the Heart,” based on the Greek tragedy of Medea, which I decided would be the ballet in which June is cast but eventually gives up in order to have her baby.

Originally, the Greek myth was only going to play a small role in the novel, but the more I uncovered about Medea’s story, the more I saw it as a parallel for what happens in Ben and June’s marriage. Eventually, both June and I got a little fixated on it.

For those unfamiliar with Medea’s story, it begins like this: Medea is a powerful sorceress who falls in love with a mortal named Jason. They get married, have kids, and everything is going well, until one day Jason leaves Medea for a princess.

The truly infuriating part about it, though, is that Jason says he’s doing it for Medea and their children—so they will have the wealth and status of royalty.

While this story was written thousands of years ago, Jason and Medea’s dynamic is eerily familiar to the one between Ben and June. Rather than taking a mistress, though, the thing Ben abandons June and their baby for is his career, which he says he is doing for them, to pay for their life together.

It’s a problematic gender dynamic, and one that I see all the time in our society, which says a woman’s value is to nurture and a man’s is to provide. Throughout the novel, both Ben and June struggle with the ramifications of this paradigm.

A: I am knee-deep in what-the-hell-am-I-going-to-write-next angst. About once every three hours, I’ll think of a plot idea and then realize it’s either garbage or a dream I had or is actually the plot of the book I’m currently reading. So, if anyone out there has any good book ideas, let me know! Kidding! Kind of.

A: To paraphrase what I wrote in the acknowledgments section of my book, I want to say that I’m deeply grateful to the women who sat down with me and shared their experiences of postpartum anxiety and/or depression with such candor and vulnerability.

While June’s experience is very much her own, I hope my book reads as I intended: a love letter to all the women who’ve suffered from a postpartum disease. If this novel makes even the slightest dent in the stigma surrounding mental illness, I will consider it a success.