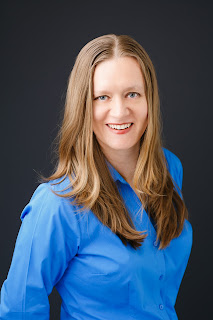 Lynne Christensen is the author of the new novel Aunt Edwina's Fabulous Wishes, the first in a new series. She has worked for more than 25 years in marketing and corporate communications, and she lives on the West Coast of Canada.

Q: What inspired you to write Aunt Edwina's Fabulous Wishes, and how did you create your character Julie?

A: What inspired the book: One day, I was standing in our vast home library packed with topography, genealogy, travel, archives, and museum books and thought that it was a real shame more use wasn’t made of it.

It dawned on me—I am the daughter of a world-renowned genealogist and have spent my life visiting archives, historic places, and museums all over the world.

As a writer, it became instantly obvious that I was in a unique position to write a new uplifting series about family history. I’ve been a writer all my life, mainly in the corporate world, and saw a unique chance to write a novel series like no other.

Creating the character Julie: Every character begins with a basic plan and certain traits. They evolve from there as the writing develops, sprinkling in more character development as the book proceeds.

As for Julie, there was a definite need to have a mid-20s character who could lead the story and be both levelheaded and artistic enough to embrace the rest of the eccentric cast, including a verbose lawyer and potbellied pig.

A: I had a general idea of how the novel would end in that I knew Julie would solve Aunt Edwina’s riddles. With the help of her friends, they create the launchpad for the rest of the books in the series, and that was what really grew as the book was being written. 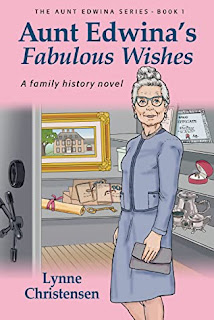 I don’t think a writer ever fully knows all of the twists and turns that their book will take along the way. In fact, part of the joy of writing is discovering them!

Of course, the editing process is a long one, and I would say that before even my factchecker and beta readers get hold of the draft manuscript, I have been through it at least six or seven times with a red pen. Edits are good and writers need to appreciate beta reader comments—fresh eyes on a manuscript are valuable indeed.

Q: How would you describe Julie's relationships with her family members?

A: Julie has a great relationship with both Aunt Edwina and her father. She’s close to them and realizes what an incredible influence they’ve had on her life. She enjoys spending time with them and knows she still has a lot to learn.

Having said that, Julie respects her father and Aunt Edwina, and knows what boundaries to heed. Above all else, she understands how Aunt Edwina’s gentle guidance over the years has given her the ability to develop her own sense of self and creative freedom, while still ensuring she grows up to be a responsible adult.

A: I hope readers take away a sense of friendship and community. The world can be a rather dark place these days, and my sincere hope is that this book brings joy to a lot of people.

Also, family history research isn’t all parish registers and census forms; when one looks at the fascinating photos, places, and other parts of social history, it’s easy to see why so many find it fascinating.

Q: As you mentioned, this is the first in a series--what's next?

A: Book 2 is already in production, available before the end of 2022. Book 3 is written and in second draft stage, and Book 4’s story is being drafted. Widespread reader support will encourage me to keep writing the series!  😊

A: If you’re looking for a cheerful, clean read and fun novel about family history, then Aunt Edwina’s Fabulous Wishes is for you!