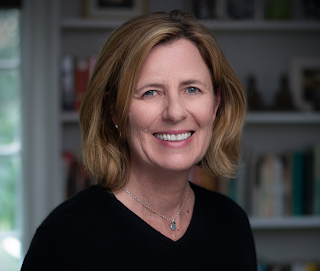 Gayla Turner is the author of the new book Don't You Dare: Uncovering Lost Love. It focuses on the life of her grandmother, and a wedding photo Turner found of her grandmother with another woman dressed as the groom--and also on Turner's own life. Turner is also a bank examiner, and she lives in San Marino, California.

Q: What inspired you to write this book, and how much did you know about your grandmother's history as you were growing up?

A: My primary source of inspiration for writing Don't You Dare came from my grandmother's photographs. They are funny, witty, beautiful, and loving – unlike the typical stoic photos taken back then.

Initially, the book would only involve my grandmother and the other woman in the wedding photos. However, as I started researching her past, a larger story emerged. The pictures were not just one event; instead, they depicted a series of events that involved a substantial group of people. That's when I knew how important the story is as part of our LGBTQ+ history.

Growing up, I knew my grandmother, but I didn't know anything about her or the family history in Wisconsin. She never shared her personal information with me at all. She never talked about growing up on a farm and didn't even mention that she had brothers and sisters. My mother may have known about some of it but she didn't talk about it either.

Q: How did you research the book, and what did you find especially compelling in your research?

A: I did most of my research online (Ancestry.com and Newspapers.com). I also traveled to my grandmother's hometown twice and spent time at the local library/town archive. I talked with the town's historical society and spent time roaming the streets and cemeteries searching for facts.

Here is an example of my research: I found out who Ella was because the local newspaper wrote about Ella's visit to town the same day the local telephone girl (Grandma Ruby) called in sick to work. 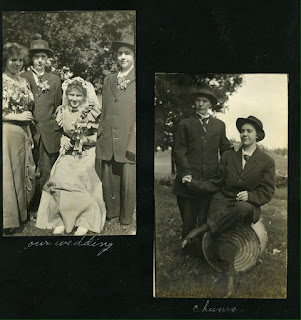 I searched Ella's name (Ancestry.com) and found her college photo and identified her as the same person in the wedding photo with my grandma. From there, I found out where Ella lived, went to school, and other details about her that I incorporated into the story.

Through my research I uncovered a secret lesbian social club formed in the early 1900s by a local businesswoman. Women from as far away as Chicago traveled by train to the little farm town of Amherst, Wisconsin, to attend exclusive parties.

The local townspeople thought private tea and card parties were held so single young ladies could talk about how to find a husband. Little did they know, finding a man was not a subject of their conversations.

My grandmother had handwritten captions under most of her pictures. When Ella and some of the other gals wore gentlemen's attire, she addressed them as "chums" or "pals." It was so clever and charming.

A: Weaving my own story with my grandmother's felt very natural to me. I did not want to write a book solely based on facts. That seemed too clinical.

I often thought about what my grandmother and others were doing before a photo was taken. At times it felt like I was right there with them. I want the reader to feel and understand what it may have been like to be queer a hundred years ago.

Q: What do you hope readers take away from your grandmother's story, and how would you describe the story's relevance today? 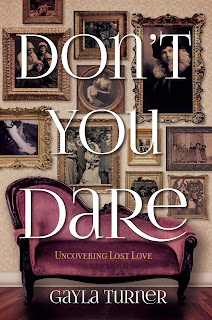 A: Don't You Dare was written to entertain and educate people. Stories like my grandmother's can help people understand that love is love and that we have every right to marry the person we love.

It's frightening how quickly the freedoms we have today can disappear tomorrow. With this past week’s overturning of Roe v. Wade, it's only a matter of time until conservative groups and the courts attack same-sex marriage.

It is not lost on me that I have written a book that might very well join the list of books banned in some libraries across the state. That makes it all the more important that I tell my grandmother's story and that of her brave friends who dared to live and love as their hearts led them over a hundred years ago.

A: I'm currently working on an LGBTQ+ historical fiction book that includes an element of mystery. I'm drawn to the 1920s era and want to explore some of the storylines I thought of when I was writing my first book. This new work, however, won’t have the restrictions of writing with an established timeline and event.

I'm also working on a photo book to feature my grandmother's extensive collection of photographs.

A: Representation matters. Learning about LGBTQ+ history is essential for understanding who we are and our vital role in society. I want non-LGBTQ+ people to know that we didn't just show up 50 years ago demanding equal rights. We have always been here, and our story deserves to be told.