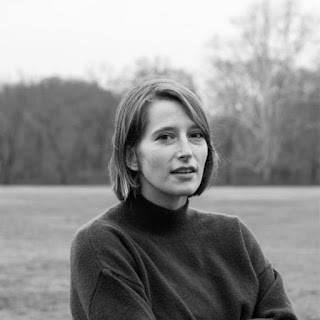 Kaitlyn Tiffany is the author of the new book Everything I Need I Get from You: How Fangirls Created the Internet as We Know It. She is a staff writer at The Atlantic, and she lives in Brooklyn.

Q: What inspired you to write Everything I Need I Get from You, and why did you focus on the group One Direction?

A: When I was talking to my agent Laura about the idea for this book back in 2019, we talked about how, culturally, we were coming off of a time in which there was a lot of intense interest in what the internet was doing to boys and men.

From 2016 to 2018, everyone wanted that explained. Why were boys becoming incels, why were they becoming MAGA trolls, what were they talking about when they said “red-pilled,” and all of that.

We’d all spent the first half of the Trump presidency digging into all of those subcultures, pushing into weirder and more remote corners of them, and it wasn’t until 2019, I think, that people started to feel like, okay, we get it.

But not much had been said about women and the online subcultures that they had been participating in on Twitter and Tumblr and elsewhere. Maybe because it wasn’t dark enough, and it also wasn’t just generically feel-good and inspiring. It was too complicated. And it felt as important to me as the story of what had gone on with the Reddit and 4chan boys.

I mean, not that the internet is sorted completely by gender—there are women on 4chan and in politically creepy subreddits and all of that. There are lots of men in fandom. I’m generalizing, but it just felt like there was a real lack of curiosity about what women were doing if they weren’t becoming Instagram influencers.

Some outlets were covering fandom, but angry boys took up too much space in that coverage too, because of Gamergate and the after-shocks—the dumb stuff like, we’re going to lose our minds because there are women Ghostbusters, whatever.

Meanwhile, there was all this fascinating, bizarre stuff going on in these women-dominated fandoms and I could see that it was having these unexamined effects on mainstream internet culture.

I really wanted to figure out how to dive into that—I was interested in how “who do you stan?” became a real question of identity for people of my generation, and how that was affecting the way we were communicating and participating in public life.

The best way into it was One Direction because, for one, fandom is such a huge, broad topic, it would have been ridiculous to try to pick a selection of fandoms that would truly represent the whole thing. It was better not to approach it that way. And One Direction fandom was also where I was already immersed.

Tumblr is a crumbling website. It’s extremely difficult to find old stuff. So I had to focus on a fandom where I would remember the old stuff. Lastly, of course, I loved them. I wanted to write about them because I loved them.

Q: The Kirkus Review of the book calls it “A heartfelt memoir wrapped in an ethnographic analysis, as the author insightfully examines contemporary loneliness and our growing need to feel like we're a part of something.” What do you think of that description?

A: It’s so nice! I read a lot of actual fandom ethnographies, conducted by actual working sociologists, when I was researching the book—I particularly loved Daniel Cavicchi’s Tramps Like Us: Music and Meaning Among Springsteen Fans. It wasn’t the same thing that I was trying to do but it was really inspiring.

I couldn’t go about my research anywhere near as methodically as you have to do if you’re doing something like this academically, but it did encourage me to try to cast a wide net.

I ended up talking to about 30 One Direction fans on the phone and dozens more via email or Tumblr messages. I’m really glad that the book has some whiff of ethnography because of that, even though I obviously didn’t end up being able to work every interview into it and, again, I followed no true scientific process to speak of.

The idea that it’s primarily a memoir hadn’t really occurred to me, but I can see it. I’m transparent about the fact that I’m interested in all of this because it’s directly relevant to my life.

A: The research took much longer than the writing. First of all, I did a ton of reading before I even wrote the proposal. Fan studies is a whole field of academia, and there are various perspectives within it which have fallen in and out of popularity, as happens in any field. 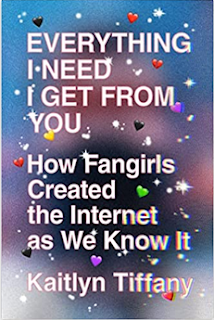 I wanted to make sure I understood all of those in at least the broad strokes and that I had a feel for the conversations around all kinds of different fandoms, even the ones I wasn’t going to touch on—like sports fandom, or Star Trek fandom, etc.

This isn’t an academic book but it felt like… it’s inappropriate to act as if this isn’t a discipline. I am obligated to know what work has already been done to understand it. And if I’m not going to add something, then what is the point?

I also read a lot of archival newspaper coverage of different fandoms—the Beatles fandom, in particular, because One Direction fandom was so often compared to Beatlemania in the press and because those images of the screaming Beatles fans are so iconic and central to our idea of what fangirls are.

I was surprised by some of that stuff. I mention this in the book, but a lot of the newspaper coverage mentioned these wild events that didn’t seem to have been confirmed or really very plausible. Like, the idea that fans ripped up hotel carpets after the Beatles checked out, or drained a swimming pool they’d been in and then sold tiny bottles of the water. It read like hearsay.

These were things that probably wouldn’t have passed a fact-check in today’s media outlets, but that’s not why I found it surprising. I just thought it was fascinating how powerful the idea of the crazed fangirl could be. Even seasoned reporters would get caught up in it.

They would go on and on about these girls, usually without speaking to any of them directly. They compared them to people under hypnosis, or under the spell of a witch or of Dracula. They described them going so wild in a crowd that their bones ended up “snapping like twigs.” Their language was really hysterical, ironically.

Q: What do you see looking ahead when it comes to fandom and the Internet?

A: I think we’re at a moment when journalists and others are starting to notice the many different political inflections that fandom can have. It’s not all progressive; it’s not all reactionary. And the tactics that fans have used to get what they want—chart numbers or attention, etc.—can be used for other ends.

Various fandoms have been experimenting with that. We’ve seen K-pop fandoms rally around the Black Lives Matter movement, for instance, crashing police apps and engaging in whatever internet-based forms of disruption they can think of.

We’ve also seen, more recently, Nicki Minaj’s fandom take a strange turn toward defending vaccine misinformation on her behalf and getting swayed by that for a little while. Some of them were really taken with Tucker Carlson for a minute. Others were disappointed with Minaj and pushed back on her promotion of his show, pointing out that he is a white supremacist.

Going forward, I think we’ll see a lot more of this toggling over the political meaning of individual fandoms. These are huge groups that might have nothing in common other than the stars that they love, so it becomes an internal power struggle and can turn into a bit of a knife fight.

Usually, there’s only one story that can be projected outwards coherently enough for others to understand. So, being the faction within the fandom that gets to pick that story becomes incredibly important to people.

This is why I think it’s really important for fandom to get more and more serious coverage by reporters who have different kinds of knowledge bases.

Why did the president of Chile feel the need to appeal to Taylor Swift fans during his campaign? How are Johnny Depp fans seemingly succeeding in creating a #MeToo backlash from scratch? What should we make of the BTS fandom’s interest in joining the Anonymous hacking collective?

You can’t answer these questions just by looking at Twitter and taking every post literally and tallying up the likes and retweets. You have to go deeper.

A: I’m a technology reporter at The Atlantic, which is my main job. I do a lot of stuff about online subcultures and the uses that women make of them—I just did a story about “femcels,” the term for women who are involuntarily celibate, and before that I did a longer thing about the 15-year anniversary of Tumblr.

I’m also interested in how labor and gender intersect online, whether through multi-level marketing or influencer culture or conspiracy theory communities or whatever else happens to come across my timeline. This is sort of craven and annoying, but I don’t want to list anything from my “story ideas” notepad because I don’t want to be scooped…

As for another book project: I have an idea but I haven’t put much on paper yet. It’s also about a subculture that might be called “obsessive,” and it has mostly women characters, but it’s not about the internet.

It’s historical—this is really weird and fun for me, because I’ve never done a lot of reporting that involves figuring out whether primary sources are still alive. I’m usually like, DM-ing someone who posted something two hours before.

A: As critical as I feel like I have to be of fandom, I hope it also comes through in the book how much I love it. I think it can do beautiful things in people’s lives. It provides a medium through which it makes it easier for them to connect with others, and it’s a source of meaning that isn’t related to work or productivity.

In the book, I quote Daniel Cavicchi on his experiences talking to Bruce Springsteen fans about their fandom: “It wasn’t strange and bizarre, it wasn’t twisting people up. I found that it was actually doing the opposite. It was helping people become less twisted, and to cope.”

That stuck with me the whole time I was working on the book, and it’s still in my mind now. I love One Direction, and that love was born out of a sort of dreary time in my life, when I was having a hard time finding joy or closeness or intimacy or even anything interesting to think about. I’m so much less twisted than I would have been without them.