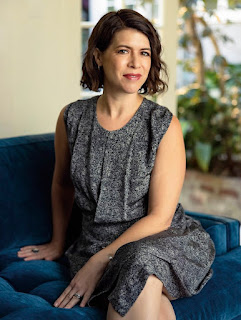 Janelle Brown is the author of the new novel I'll Be You. Her other books include Pretty Things, and her work has appeared in a variety of publications, including The New York Times and Elle. She lives in Los Angeles.

Q: What inspired you to write I'll Be You, and how did you create your characters Sam and Elli?

A: I’ll Be You was born from my fascination with the narrow dividing line between cults and modern self-help culture.

In recent years, we’ve watched the meteoric rise of legitimately destructive organizations like Q-Anon and NXIVM on one side of the spectrum, and supposed benign “self-help” organizations like Goop or Transcendental Meditation or Tony Robbins on the other.

The world “culty” can be used to describe so much of modern society, from SoulCycle to MLM’s like LulaRoe, from MAGA culture to the twitter acolytes of Elon Musk.

I knew I wanted to write a story about sisters, one of whom joins a cult, and the other who has to come find her.

Twins have always fascinated me, and so as I started to imagine Sam and Elli, it became clear to me that they should be twins. And living in Los Angeles, with a daughter who is in musical theater, I’ve encountered twin child actors and thought that there was so much to explore there thematically.

Q: The novel includes twin actors, a cult, and addiction, among other topics. Did you need to do much research to write the book, and did you learn anything especially surprising?

A: I read and listened to and watched everything I could about cults - which wasn’t too difficult, as I’ve been a voracious consumer of cult stories for longer than I can remember. I also did quite a bit of research into twin psychology, and how being an identical twin can affect your psychology and outlook on life.

As for the addiction, that was the easiest part as I’ve known plenty of addicts over the years, and have witnessed that kind of self-destructive behavior firsthand. 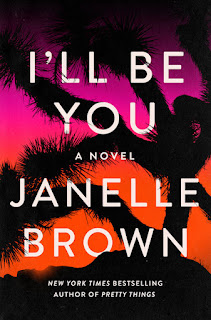 Q: The Publishers Weekly review of the novel says, “The perfectly paced emotional reveals of the twins’ shared history pull the reader toward fierce investment in Elli’s safety and the sisters’ reconnection.” What do you think of that description?

A: I love that description. I think that this is what the book is ultimately about - a relationship between codependent sisters that’s been torn apart, and how they find their way back to each other.  All of my books, no matter how plotted or zeitgeist-y or twisty, are ultimately relationship stories.

Q: How was the novel's title chosen, and how would you describe the dynamic between Sam and Elli?

A: The novel’s title comes from the first line of the book! It was pretty clear when I wrote that section that this would make a great title - and my editor also the same line and agreed.

The dynamic between Sam and Elli - I’d describe it as codependent and utterly dysfunctional.

As children, they unwittingly enabled each other’s weaknesses - Sam enabled Elli’s desire to withdraw into herself, and Elli enabled Sam’s self-destructive behavior and addiction - but they also needed each other so deeply because they were so cut off from “real life.”

Later in life, those same behaviors tear each other apart. But at their heart, they still need each other - they need to find a way to be individuals and love each other outside of their codependency.