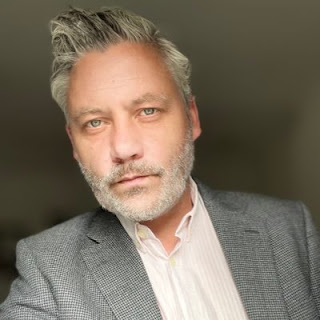 David M. Barnett is the author of the new novel Same Time, Same Place. Also a journalist and journalism teacher, his other books include the Gideon Smith series. He lives in West Yorkshire, UK.

Q: What inspired you to write Same Time, Same Place, and how did you create your characters Daisy and Nate?

A: The idea of a museum as a setting for a novel actually started life in another novel I was thinking about, which I ultimately decided not to go ahead with, but I loved the idea of the museum as the backdrop.

From then it all fell into place really easily; two people who don’t see each other for more than five minutes a day when they hand over from one security shift to the next. What can we learn about people in that short space of time? What judgments do we make about their lives, from the tiny bit of them that we see?

And, of course, it had to be a love story, so I wanted to bring these two people together and make them, at first glance at least, appear to be complete opposites. I started with the notion that Nate would be outgoing and gregarious, though hiding some personal tragedy, and Daisy would be quite reserved and thoughtful and the sort of person more likely to melt into the background.

Could two people ever find common ground? That’s the question I started with.

Q: The novel takes place in Manchester, UK. How did you choose that location, and how important is setting to you in your writing?

A: Manchester is the UK’s second city, situated in the Northwest of the country, and I was born and raised quite close to it. As a result, I like to set my novels in the north of England. Not only because it’s what I know, but also because a lot of British writing tends to be very London-centric.

Which is fine — London is an amazing, mighty city, known the world over. But it’s not the whole of England, in the same way that New York or Los Angeles is completely representative of the United States.

Even though Manchester is only a couple of hours by train from London, it’s a very different landscape populated by very different people, in many ways. And I want to celebrate that, and refocus attention on other parts of the UK than just London. 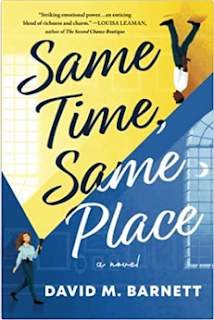 So setting is important to me, because it very often informs the narrative. The landscape and the people in one part of the country might make for a slightly different story than one set in another part. It’s interesting to explore that.

A: I always know how a novel starts and finishes before I write the first word. As to all the bits in the middle… it’s kind of like a big ball of string. I tease both ends out and am left with a big tangle in the middle. The fun of writing a novel is unpicking that knot and straightening it all out into a linear narrative that makes sense.

That’s how I write, anyway. I know many other writers plan every stage of the journey meticulously. I’m more of a throw the bags in the back of the car and set off, and let’s see where we end up.

A: I hope that by the end of the book readers will think about how we don’t really know anyone, properly, until we get to know them.

There’s an old saying that you can’t know a person until you’ve walked a mile in their shoes. That goes for Daisy and Nate. They have the merest, briefest of contact every day and they make judgement calls on what they think the other is like as a person based on that.

We all do it — make snap judgements when we meet someone. But we’ve no idea what those people’s lives are like until we really take the time to get to know them.

It’s also a novel about how the past can define who we are today — but only if we let it. Both Daisy and Nate are haunted by events in their pasts, and the book is about learning to let go of that and appreciating that what’s done is done, and it doesn’t have to colour the present.

A: I’m just in the closing stages of my next novel, which is called There Is A Light That Never Goes Out. It’s a love story very much in the vein of Same Time, Same Place, and has a really interesting setting.

The two main characters are college sweethearts who drifted apart. Martin, after a series of personal tragedies, takes a job as a lighthouse keeper on a remote island off the coast of Wales. He’s quite happy to withdraw from the world and live in splendid isolation until chance happens to bring his former girlfriend, Gayle, to his island when the school she works in pays a visit there on an open day.

What follows is a slow-burning romance as over the course of 10 years they attempt to rekindle their love, despite the fact their lives have taken very different courses.

A: I also write comic books! I’ve written for US publishers IDW, Archie, and DC Comics — the latter was an absolute dream of a gig because I got to write several episodes of The Books of Magic, a series set in the Sandman universe created by one of my all-time favourite writers Neil Gaiman.

And it’s just been announced that one of my IDW series, Eve Stranger, has just been optioned by the BBC to be made into a TV series.