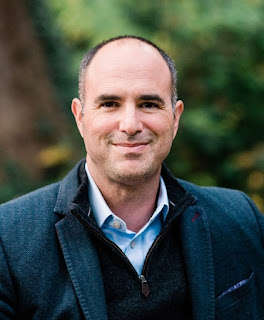 Jeff Nussbaum is the author of the new book Undelivered: The Never-Heard Speeches That Would Have Rewritten History. He has worked as a speechwriter for President Biden, then-Senate Democratic Leader Tom Daschle, and then-Vice President Al Gore. His commentary has appeared in a variety of publications, including The Washington Post and Politico. He lives in the Washington, D.C., area.

Q: What inspired you to write Undelivered?

A: The obsession began with Election Night 2000, when Al Gore didn’t give any of the three speeches he had prepared: a victory speech, a concession speech, and a third speech for if he won the electoral college and lost the popular vote.

I wondered where were the other times in history where circumstances were so uncertain that the person needed to prepare for another outcome. And they were everywhere!

After I worked for Al Gore, I worked for [Sen.] Tom Daschle [D-S.D.]. We had a 50-50 split in the Senate, and then a switch that made Tom Daschle majority leader, followed by 9/11, followed by the anthrax attacks. Living through that time period, I was fascinated by how history is not a fixed certainty.

Q: You mentioned there were examples everywhere of uncertain circumstances—how did you choose the speeches to include in the book?

A: One way I narrowed it down was to put a rule in place: it had to be a draft where the speaker wrestled with it and engaged with it. We have Nixon’s [refusal to resign] speech, but not the moon landing failure speech, because there’s no evidence he saw it.

And it had to be a moment where the outcome would have made a difference to a community, a country, or the world. That knocked out a lot of commencement speeches that were not delivered because of thunderstorms and everyone scattered.

I didn’t have a definitive complete list. I don’t know what else is out there. I hoped more would come out of the woodwork with the book, and it has! One of Donald Rumsfeld’s speechwriters said he had prepared different speeches for the Iraq War’s outcome.

Q: As a speechwriter yourself, which speeches did you find especially powerful?

A: The one I absolutely love is [Illinois] Governor [John Peter] Altgeld’s speech [in 1897], which he was denied the chance to give after he was denied reelection following his pardon of the Haymarket prisoners. 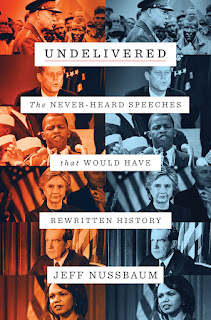 There’s a stunning passage—he talks about the need for political parties to put partisanship aside and get down to governing, and talks about how he knew his decision would be unpopular:

“It would be better to be Governor but for one day and follow the dictates of justice than hold office for fifty years by winking at wrong. In my judgment no epitaph can be written upon the tomb of a public man that will so surely win the contempt of the ages than to say of him that he held office all of his life and never did anything for humanity.”

It reminded me of something [Rep.] Adam Schiff [D-Calif.] said when talking to his Republican colleagues: Why are you here? The Altgeld speech answers this.

Q: Do you see other things in the speeches that resonate with today’s news?

A: There’s the saying, History doesn’t repeat, it rhymes. But I found that it repeats and it rhymes. I look at the chapter where John F. Kennedy talks about Cuba—that’s where the terms “hawks and doves” and “eyeball to eyeball” were first used. I thought of North Korea, and now of Russia.

Throughout the book, there are examples—there’s the busing crisis in Boston in the mid-1970s, and the busing issue was in the debate in the last election. It all seems very relevant.

There’s the Nixon speech about how he would fight through impeachment—it includes examples leaders use of how not to be accountable.

Q: You begin the book with John Lewis’s speech at the March on Washington in August 1963. Originally, he wanted to give a different speech than the one he ended up delivering. Why did you start here?

A: I think because it’s so powerful. It’s a wonderful story.

What would the upshot have been if people only heard the nightmare, not the dream? Lewis wanted to give the nightmare, understandably. It’s still debatable.

A: Two things. One is the old saying, The past isn’t dead, it isn’t even past. This feels very relevant.

Two, their own power. I may sound like Donald Rumsfeld, the idea that things happen in a way that they happen because that’s the way they were supposed to happen. But people can affect outcomes in ways both small and unimaginably large.

A: I’ve been mostly book touring—it feels like a job and it’s immensely gratifying and super fun. But it’s exhausting! After the tour, I will take a little time off to spend with my two daughters.