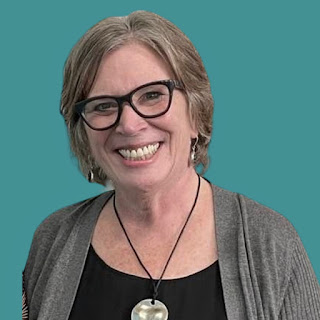 Shelley Blanton-Stroud is the author of the new novel Tomboy. It's a sequel to her novel Copy Boy. She is the co-director of the group Stories on Stage Sacramento, and she lives in Sacramento, California.

Q: Why did you decide to bring back your character Jane Benjamin in this new book, and how do you think she's changed from one book to the next?

A: I thought Copy Boy would be a single story. One and done. But then, watching my own parents age, trying to reconstruct who they were when they were young, I found I wanted to follow Jane from girlhood to old age. I wanted to explore the tiny, rough or shiny bits that make her final mosaic.

Though I absolutely love reading and writing mystery, Jane’s evolution as a 20th century woman is really my greatest writing interest.

When I first conceived of Jane, I saw her as an old woman, an iconic San Francisco gossip columnist. I knew she came up from a very low place. I want to explore the gap between her ultimate access to upper crust society and the very gritty place that started her out. The crises Jane faces in historic moments will press in, changing her, swerving her life in new directions.

In Copy Boy, she’s a 17-year-old, cross-dressing field worker who hustles to get a job as a copy boy at a San Francisco paper. Tomboy takes place two years later. Jane’s 19, now a cub reporter, no longer pretending to be a boy, but protecting her atypical gender identity.

She faces the competing demands of family responsibility to the little sister she’s raising and a real drive to succeed in a competitive newspaper environment. She’s more confident in Tomboy but she still has to fight for every single scrap she gets.

Because she’s established herself more securely—she has a job, an apartment, friends—she’s freer to address her ambition in Tomboy, and to see how it doesn’t always align with her attachment to others. That’s the rub.

Q: How did you come up with the plot for Tomboy?

A: There are so many threads I want to manage—Jane’s personality, her family relationships, her career, her love life, her feelings about the limitation of gender roles, the pressures of the historical moment.

It helps me to use the rigor of a historical mystery, to know that she must seek and find concrete answers to something. But where would that take place?

Tomboy’s specific premise was inspired by a book club I visited. I told them I was interested in historical women’s ambition, and that I imagined there was no better place than tennis in which to explore that. 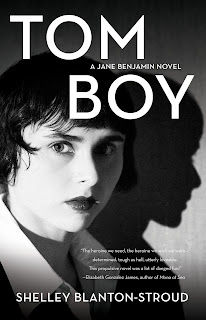 The club leader suggested I read Robert Weintraub’s The Divine Miss Marble: A Life of Tennis, Fame, and Mystery, all about Alice Marble, a San Franciscan who won the 1939 Wimbledon Championship, as well as designing and editing the Wonder Woman comic and spying during WWII.

I decided to create a major character, Tommie O’Rourke, who would share some of Alice’s experience. This led me to sending Jane to Wimbledon, where she would witness a murder. Reading that biography set it all in motion.

Q: In our previous interview, you said, “My protagonist, Jane, longs to be like magazine reporter Martha Gellhorn, who covered both the Spanish Civil War and World War II as a literary journalist.” Is Jane based partly on Gellhorn or other well-known women journalists of the period?

A: Because I continue to work on this character, I get to revisit her previous goals to see how they evolve as she reacts to facts on the ground.

In Tomboy, Jane needs a lot more money in order to take care of her little sister Elsie. She also still craves fame. These needs shift her gaze from Gellhorn to Louella Parsons and Hedda Hopper, syndicated gossip columnists who seem (to Jane) able to control their own destiny, making a lot more money than other female journalists.

That becomes her new writing goal, though she isn’t exactly comfortable in that role as it begins to open to her.

I hope readers recognize the work that goes into trying to become the person you want to be, the person you think you are, while also meeting the needs of someone more important than you, someone who needs protection. It’s almost impossible to perfectly pursue your dreams when someone else’s needs must come before yours.

I want readers to see the accommodations a young woman must make, in history and now, to balance those competing needs, and how that balance doesn’t always work perfectly. And yet we keep trying.

A: I’m continuing Jane’s adventure in 1942. She’s working for the Office of War Information, a propaganda gig, assigned to finding a poster girl to attract women to work in the shipyards because of so many of the men having left for the battlefield.

Though she’s interested in contributing to the war effort, she doubts whether propaganda is the way she wants to do it. And, of course, there are dead bodies.

A: Deciding to write a series of novels about Jane Benjamin has been joyful and liberating for me. I can investigate the chapters of her life without rushing. I can surprise myself at each new phase. What a gift.