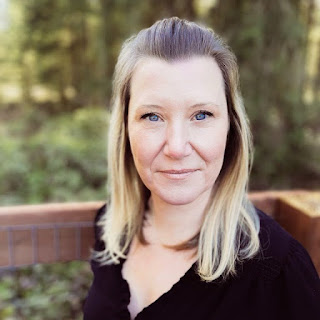 Rebekah Anderson is the author of the new historical novel The Grand Promise. She lives in Seattle.

Q: What inspired you to write The Grand Promise, and how did you create your cast of characters?

A: On a road trip with my mom, we went to see her family's homestead and the town where my grandfather was born. She told me the story of how the town was now under the reservoir from the Grand Coulee Dam, which is 100 miles away. I was fascinated by this and after some research, started writing.

Some of the characters are based on family members. The other characters allowed me to show the various perspectives about the project and capture the spirit of the time.

A: I relied on several historical resources that I list in the acknowledgements. There were many fun discoveries along the way and I included many of them if they fit with the narrative.

It surprised me how many people came to see President Roosevelt speak at the dam. It's a fairly remote location and the estimated attendance was 30,000.

Q: The writer Kristen Millares Young said of the book, "A most American story of survival and self advancement in the name of questionable progress, The Grand Promise posits questions about prosperity whose answers are playing out in real time." What do you think of that description? 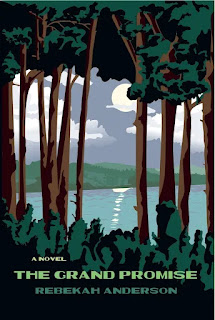 A: The characters voice similar sentiments. Starks, the developer, tells the main character, Carter, "there's always a tradeoff," and in the Epilogue, the newspaper reporter Harold Burnes writes about what was lost and gained by the project.

A: I knew how I wanted the Carter story to end, but another writer who read an early draft suggested the final scene that became the Epilogue, where the town watches the reservoir fill in.

A: I have another novel set in Europe between the world wars that I'm revising.

A: I worked with a sensitivity reader to look at the way the Native American community is portrayed in the book. That was a new experience for me, and required a willingness to be vulnerable and accountable to someone I hadn't met before. I really valued that collaboration.