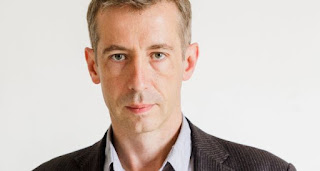 Michael Hughes is the author of the new novel Country, which is based on The Iliad. He also has written the novel The Countenance Divine, and is an actor. Originally from Northern Ireland, he lives in London.

Q: How did you come up with the idea for a retelling of The Iliad set in 1990s Northern Ireland?

A: I grew up near the border in Northern Ireland, and the conflict there was the backdrop to my childhood. But it didn't really affect me directly, and I've lived in England since I went to college, so for a long time I didn't feel like it was my story to tell.

A few years ago, I attempted a polite literary novel about someone like me trying to come to terms with growing up in that time and place, but it was too close to my own experience, which I always find hard to write about directly, basically because it's usually so boring!

So, I abandoned that, and in the end my first novel The Countenance Divine (published in the UK by John Murray) was a sprawling multi-strand historical fantasia about the end of the world.

Three or four three years ago there was a series of major terrorist attacks in France, and talking about those with friends, I found myself suggesting that my background gave me some understanding of the mentality of people who plan and carry out this kind of slaughter.

And that suggestion really troubled me. Was I really saying I understood what drove someone to murder civilians in the service of a political idea? It scratched away at me, and in the end I realized that if I was going to write about the Northern Ireland conflict, I had to do it from the point of view of those directly involved, on both sides, and let the reader see it through their eyes.

I know nothing at firsthand about violence of any kind, so I began to read history and memoirs from the period, and I also started into some of the classic war narratives. But I didn't really get any further than the Iliad. Everything I could want to say on the subject was there. I had a hunch that the nature of armed conflict, and what it does to the people involved, hadn't changed very much in a few thousand years. 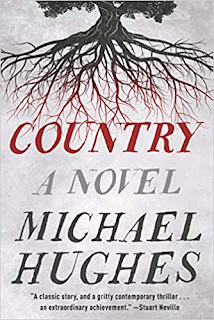 Q: In a review in The Irish Times, Eoin McNamee says of your writing, "He mixes Border idiom with Greek formalism." How much did you try to recapture the original Iliad, and what did you see as the right balance between it and your own story?

A: Using the structure of the Iliad was a way of allowing me to write about a real conflict without being tied to either dramatizing historical events, or inventing incidents that never happened, both of which felt like queasy territory, given that the grief and pain of those affected is still very much on the surface in Northern Ireland.

But I'm not a classical scholar of any kind and I probably read the Iliad in translation 12 or 15 times before I started writing, just to get it into my bones, without a clear idea how I would approach it.

At first, I thought I would just pick a couple of vignettes and build a novel around those, but the more I dug into the ancient epic, the more parallels I found, and I began to enjoy the game of knitting the two together, sometimes to make a serious point, sometime playfully.

So, in the end it's much more of a beat-for-beat retelling than I originally intended, though I really did have to tone down the violence - the level of gore is off the scale in Homer! But there's plenty too that's my own invention, and someone who has never read the Iliad can certainly enjoy it as a pure political thriller.

A: I always settle on a title before I start writing seriously, but in this case, I realized the one I wanted to use - Fury - was also the name of a recent movie, and in the world of Google and Amazon that felt like a mistake. So, for most of the writing I had no idea what it would be called, which I found weirdly unsettling. 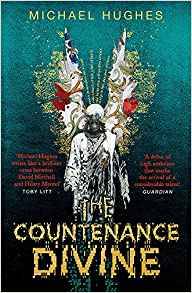 Every so often I would send my agent and publisher a list of possible titles, but none of them really stuck, until I suggested Country, which they both loved. The idea was to invoke the patriotism the characters feel is driving them, and also to reflect the rural setting – this territory really is the backwoods, in Irish terms.

At first, I was a little concerned it might sound romantically nationalistic, and the book could be mistake for a celebration of the violence I was writing about. In reality, it's probably more of a danger that people think it's something to do with country music.

A: It's very easy to condemn political violence as mindless savagery, particularly when it affects our own communities. But those involved almost always feel they are on the right side of history and will be remembered as heroes. It's that balance of savagery and glory that I found in the Iliad, and above all that's what I wanted to explore.

If you already have a clear view of the rights and wrongs of the Northern Ireland conflict, I hope this novel will make you think again, and reflect on the complexity of the situation. And if you never really understood what it was all about, I very much hope this book offers a primer on the issues and dynamics behind it, especially as the Brexit situation makes those unfortunately relevant again.

A: I always write best when I run towards what scares me most. This time, that means I'm finally working on something that's rooted in my own experience. My life has been pretty conventional: I had a happy childhood in a stable family, I went to college and had fun in my 20s, then settled down in my 30s and developed my career, and right now I live in the suburbs, married with two kids and a dog.

But sometimes, all that feels like the most unlikely thing in the world to have happened to me. So, I want to dig into those questions: how we form intimate relationships, and what drives us to make the choices that define what our lives become. It's basically a romantic comedy, is what I'm trying to say!

A: I also work as an actor, under the professional name Michael Colgan, and I had a small role in the recent HBO Chernobyl miniseries. If you saw it, I was the Minister of Coal who went to talk to the miners, and ended up with a serious dry-cleaning bill.