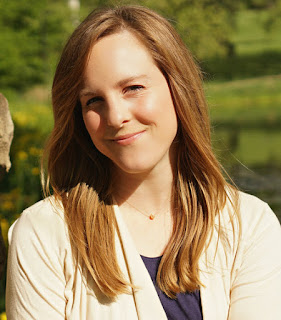 Sarah Henning is the author of the new young adult novel Sea Witch Rising. She also has written the YA novel Sea Witch. She has worked for The Palm Beach Post, The Kansas City Star, and other news organizations, and she lives in Lawrence, Kansas.

Q: Sea Witch Rising is a sequel to your first Sea Witch novel. Did you know you'd be continuing the story when you started the first book?

A: I didn’t know for sure. We sold Sea Witch as a standalone but I always knew what I wanted to do if I got a chance to continue the story.

Luckily, Sea Witch sold really well and my editor wanted me to immediately start on the sequel. Plus, she liked where I wanted to go with the story. I had the green light and I went for it.

Q: How do you think your characters have changed from one book to the next? 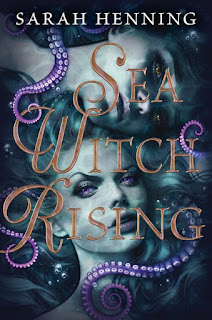 A: Evie has definitely grown as a character. The events of the first book certainly weigh on her even though it’s been 50 years.

In a different way, what happened in the first book very much affected the Sea King even though we didn’t know him well in the first one. You see how he let the events of Sea Witch rot away the person he was.

Q: When you were writing the books, what did you see as the right blend between the original Little Mermaid story and your own fictional creations?

A: Honestly, I didn’t plot either book based on Hans Christian Andersen. In fact, the only time they actually mirror each other is in the epilogue of Sea Witch.

That is, of course, on purpose. I consider Sea Witch to be an origin story that is a prequel to The Little Mermaid. Sea Witch Rising is a retelling of the tale, but from different perspectives and where literally everything goes wrong.

All that said, I did build my world based on the source material. I set Sea Witch in an alternate Denmark when Hans Christian Andersen would’ve been alive. I very much wanted my characters to move around a world he would recognize. 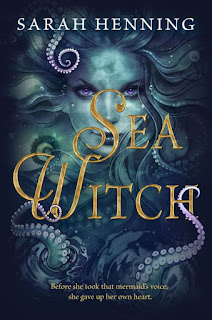 And, like his, my mermaids also can come to the surface at 15, and live 300 years. There are other “Easter eggs” for people who have read the original or know about the author’s life, throughout both books.

A: I hope the overarching theme is that you shouldn’t hide what makes you great because others fear it.

My YA contemporary debut, Throw Like a Girl, comes out on Jan. 7. It’s about a down-spiraling softball player who becomes the not-so-back-up quarterback on her ex-boyfriend’s football team. It’s complete, obviously, but promotional items and planning are most definitely work.

Then, in summer 2020, is the first book in a new YA fantasy duology—a feminist tale inspired by The Princess Bride—called The Princess Will Save You.

In this book, instead of the commoner boy going after the princess when she’s kidnapped for political gain, the princess goes after her commoner true love when he’s stolen away by pirates in order to coerce her into marrying another.

We’re almost done with the editing process on the first book, and I’m writing the sequel, which will be out in summer 2021.

A: I don’t think I have anything else! Thanks for having me!