Monica Kulling is the author of two new children's picture books, Ruby's Hope and Aunt Pearl. Her many other books include Dr. Jo and Mary Anning's Curiosity. She lives in Toronto.

Q: Why did you decide to write about Dorothea Lange’s famous “Migrant Mother” photo in your new picture book, Ruby's Hope, and what did you see as the right mix between the historical and fictional elements as you wrote the book?

I wanted to tell the story of how that photograph came to be through one of the children in the photo. I chose Ruby, the older of the two children with their backs turned away from the camera, because she was closest to the age of the picture book audience I imagined for the story. Dramatizing Ruby’s meeting with Dorothea Lange is vital to the story’s theme of hope.

The mix of fact with fictional elements is a delicate balance, but for me it’s the way I choose to make history and biography, and especially a difficult subject like the Depression, accessible to young readers. 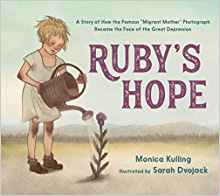 A: I read books about the Great Depression, the Dust Bowl experience from witness accounts, and Dorothea Lange and her work during that time.

I read novels like Karen Hesse’s Out of the Dust and John Steinbeck’s The Grapes of Wrath. I read pure nonfiction like The Worst Hard Time by Tim Egan and Children of the Great Depression by Russell Freedman.

I learned some surprising facts when I read a family memoir entitled Migrant Mother: The Untold Story, written by Roger Sprague Sr., who was the grandson of Florence Owens Thompson.

After their mother’s image hit the newspapers and became “famous,” the family felt cheated and misused by Lange who, although she was paid for her FSA work, didn’t own the resulting photographs. Those belong to all of us in the public domain.

Roy Stryker, head of the FSA, wrote this about "Migrant Mother": “She has all the suffering of mankind in her, but all of the perseverance too—a restraint and a strange courage. You can see anything you want in her. She is immortal.” 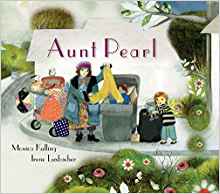 Q: You also have another new picture book, Aunt Pearl, which includes the theme of homelessness. Why did you choose that as a topic for the book?

A: I didn’t choose to write about the themes of homelessness and mental illness. Aunt Pearl began life as a biography of Vivian Maier, the American street photographer who worked as a nanny for 40 years while pursuing her art. She took over 150,000 photographs in her lifetime.

The movie Finding Vivian Maier inspired me to write a story for kids about Maier’s life as a creator, but also a marginal person; however, my publisher encouraged me to write about an anonymous person in order to avoid potential permission entanglements regarding Maier’s work.

Q: What do you hope kids take away from these books? 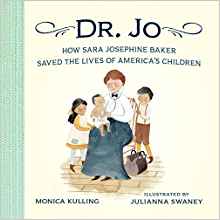 A: Biographies demonstrate how lives are lived and how challenges are overcome. In Ruby’s Hope the message is choosing optimism, even during the toughest times.

Aunt Pearl introduces young readers to an imagined character who struggles not with nature in the form of a dust storm or bankruptcy in the face of economic collapse but with her own mental health and the solutions she’s fashioned to cope with life.

It isn’t the easiest of stories for kids, especially given its ending, which is neither simply resolved nor happy, but that is often how life is. There are not always ready solutions to our predicaments and we have to learn to live with that too. 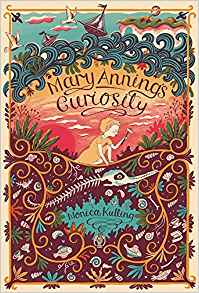 A: I am working on another fictionalized biography. Surprise! This one is about a little-known artist who battled many challenges in order to create.

A: In February 2020, in honor of the 100th anniversary of the 19th amendment and Susan B. Anthony’s 200th birthday, I have an early reader, Susan B. Anthony: Her Fight for Equal Rights, coming out as part of Random House’s Step Into Reading series.

--Interview with Deborah Kalb. Here's a previous Q&A with Monica Kulling.
Posted by Deborah Kalb at 8:37 AM