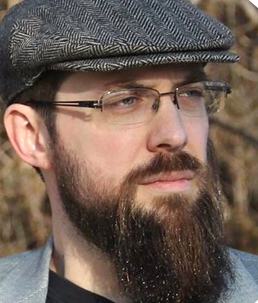 Daniel M. Ford is the author of the new novel Body Broker, the first in his Jack Dixon detective series. Ford also has written The Paladin Trilogy, a fantasy series. He is a high school English teacher in North East, Maryland.

Q: How did you come up with the idea for Body Broker, and for your character Jack Dixon?

A: I haven't read as much detective fiction as I have fantasy, but I'd read a fair bit, and I felt like I could maybe tackle it.

Jack was a pretty easy character to come up with; I took some things about myself (I go to the gym a lot, I eat a lot of peanut butter, I count calories) and dialed them up to 11. Then I gave him the kind of background that might lead someone to becoming a private investigator (the military, a brief stint as a cop) with the requisite problems for a lead character in the genre

I was very consciously trying to enter into the tradition of characters like Marlowe, Spenser, McGee, or Longmire, while also trying to make him, hopefully, a little more of a 21st century man than some of those examples. 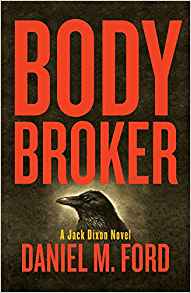 The idea for the plot of Body Broker had more to do with trying to be timely. Opiates are a problem we're all aware of, but maybe we're less aware of how there exist industries that prey on addicts.

Q: This is your first detective story after writing several fantasy novels--why did you decide to focus on detective fiction this time, and is your writing process similar despite the shift in genre?

A: I felt that I needed to get sharply away from Paladin and related works, and eventually from fantasy entirely. I had a few fits and starts writing fantasy short stories that didn't get anywhere. So I knew I had to get away from it.

I had been kicking around a couple different ideas in either detective fiction or “pulp adventure.” I also knew that regardless of what I did next, I didn't want to spend a lot of time world-building and worrying about creating new geography, so I wanted to set it in an area I knew well; near the Chesapeake Bay.

My writing process hasn't changed at all. I try to write as close to every day as possible, at least five days a week. I work at night, usually isolated in a room by myself, with the internet shut off via focus-enhancing software. 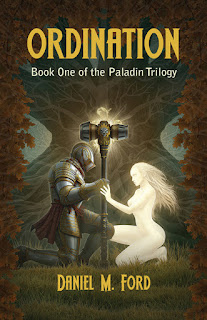 I don't really plan in advance; I don't know what's happening on page 25 until I'm on around page 21. Or, if I know, I have it visualized but don't write it down. I go from start to finish till I get a full draft, and then I revise it top to bottom many, many times (before alpha readers, then again before beta readers, then however many times the editor and publisher tell me I have to...).

Q: Can you say more about how important setting is to you in your writing?

A: Extremely. Like I said above, both of the ideas I was considering involved a waterfront life along the Chesapeake Bay and surrounding waterways. I grew up in Maryland, in the same area as Jack Dixon did (though I'm reasonably sure he went to a rival high school). I work in the county he lives in, I live in part of the area he covers while pursuing his investigation.

I wanted to avoid major cities and put Jack in a place where a reader normally doesn't think about encountering a private detective.

A: The line-by-line edit of the ARC of Cheap Heat, the next Jack Dixon novel. The first two books of a proposed sequel series to The Paladin Trilogy. Assorted fantasy short stories, and another fantasy series.

A: Every cocktail Jack makes in any book is guaranteed to have been one I have tested extensively, whether at home or in a bar. Readers who are interested in recipes should feel free to hit me up on Twitter @soundingline and I am happy to share.