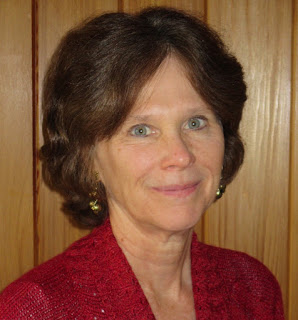 Gail Jarrow is the author of The Poison Eaters: Fighting Danger and Fraud in Our Food and Drugs, a new book for older kids. Her other books include Bubonic Panic, Fatal Fever, and Red Madness. She lives in Ithaca, New York.

Q: Why did you decide to focus on the history of food safety in your new book?

A: While working on my Deadly Diseases trilogy (Bubonic Panic, Fatal Fever, and Red Madness), I read about the lack of food and drug safety in the late 1800s/early 1900s.

As American cities grew, fewer people ate food they raised themselves. Instead, they were getting much of it from cans sold by manufacturers hundreds of miles away. At the same time, the use of patent medicines exploded.

Foods and drugs weren’t regulated. People had no idea what they were actually swallowing or giving to their children. I was curious about how we progressed from that dangerous state to where we are today.

Q: What do you see as the legacy today of Harvey Wiley, who focused on food safety more than a century ago? 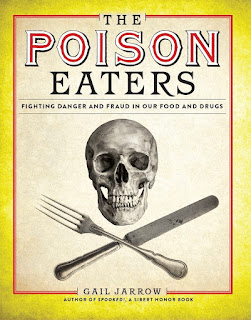 A: Wiley, who was a chemist and physician, saw the risks when most Americans didn’t. He introduced a scientific approach to determining safety and effectiveness of food and drugs.

Starting in the early 1880s, he and about a dozen Department of Agriculture staff tested these products. Their small group, the Bureau of Chemistry, was the predecessor of our current Food and Drug Administration (FDA), an organization employing more than 17,000 people.

Today, the FDA influences many parts of our lives— food, medical and dental treatment, cosmetics and personal care products, cell phones and microwave ovens, tobacco products, and even our pets’ food and medical care.

Although we can now have more confidence that our food and drugs and medical devices are safe, the situation isn’t perfect. Every day I see on my FDA Google Alert at least one safety issue that the agency is investigating.

With more chemicals available than during Wiley’s time, with more medical devices than he could have imagined, and with more foods and medicines coming from outside the U.S., maintaining safety is a never-ending struggle. I’m often alarmed by what I read, and I have changed my purchasing habits. 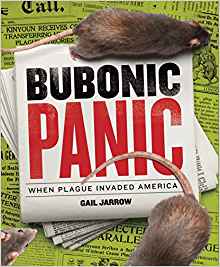 A: I plunged into historical scientific and medical materials to learn what the experts knew before and during Wiley’s work.

Using newspapers from the mid-1860s to early 1900s, I read about public awareness of the pure food and drug movement  and discovered how attitudes changed as Wiley’s work progressed.

Because he was such an important part of the story, I searched for as much as possible about (and by) Wiley. That took me to the Library of Congress Manuscript Reading Room, where I found fascinating tidbits such as his Civil War diary and letters to his opponents.

The Poison Eaters also covers what happened after the 1906 Food and Drugs Act became law, and I researched the FDA and its challenges up to the present.

My biggest surprise was learning just how many products were deceptive or unsafe before the early 1900s. People were regularly ingesting hazardous chemicals, contaminated food, and worthless medicines. 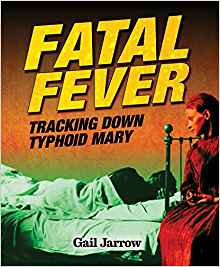 I was shocked that it took more than 25 years for Wiley and his allies (including women’s groups and muckraking journalists) to convince Congress to pass the 1906 Food and Drugs Act. But even after the law went into effect, it wasn’t strong enough to protect the public from new threats.

During the next 60 years, the FDA responded to several catastrophes: radium poisoning from tonics advertised to bring good health; child deaths from a medicine the drug company never bothered testing; and babies deformed by an anti-nausea medication taken by their mother (thalidomide). The law has had multiple upgrades.

A: I hope they realize how far we’ve come thanks to the efforts of scientists and doctors, women’s groups, and  journalists. But I also want readers to be cautious about what they put into their bodies.

Although the FDA pre-approval testing for safety and effectiveness is much more stringent than in earlier times, there are limitations. For example, sometimes a drug’s dangerous side effects aren't obvious until millions of people begin using it. 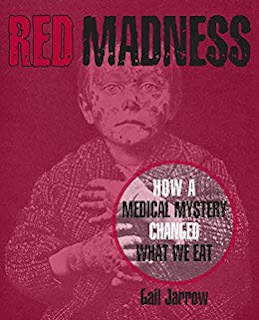 Fraud and deception go on today, and I give some current examples in the book. We are bombarded with advertising for products that are just as ineffective and unsafe as patent medicines a century ago. The FDA does not approve these products, although people assume they do.  Takeaway lesson: Buyer beware.

A: My next book, due out Fall 2020, is Blood and Germs: The Civil War Battle Against Wounds and Disease. This will be the first in my new Medical Fiascos trilogy.

The Civil War was gory, but twice as many men died from disease as from battle wounds. Still, the disaster led to medical progress. By the end of the war, doctors had improved their skills and knowledge in treating patients. Nursing had become a respectable profession for women. Hospitals were seen as places to heal, not die.

A: I have an educational background in biology and a passion for history. This combination leads me to little-known stories about people who have influenced our health and well-being today.

My goal is to show why it all matters while providing readers with a window into the past. By doing in-depth research, I try to make it a bay window, not a peephole.

--Interview with Deborah Kalb. Here's a previous Q&A with Gail Jarrow.
Posted by Deborah Kalb at 6:47 AM