Elizabeth Earley is the author of the new novel Like Wings, Your Hands. She also has written the novel A Map of Everything. She is the publisher of Jaded Ibis Press, a feminist press.

Q: How did you come up with the idea for Like Wings, Your Hands, and for your characters Kalina and Marko?

A: I've always been fascinated with the body, both its genius design and its inherent limitations.

The limitations that attend the human condition, as I see it, are crippling, even for the healthiest of bodies. Our senses mislead us. There’s the visible spectrum.

The average seeing human eyes are sensitive to a very narrow band of frequencies within the enormous range of frequencies of the electromagnetic spectrum. But there are also other types of limitations to our vision — photoreceptivity, angular resolution, field of view.

There’s hearing range. The average hearing human ear can detect a limited range of sound frequency. We measure that in units we call Hertz, which is something some guy once came up with. Then there’s hearing threshold limitations, which refers to the pressure of sound and is measured in decibels.

Then there are the closely related senses of taste and smell, arguably the weakest of the human senses. Physicists have been challenged to objectively gauge the intensity of flavor and odor perception, and with that lack of an absolute unit of measurement, thresholds are difficult to determine.

The sense of touch is the most complex and different parts of the human body have different levels of sensitivity to everything from contact to temperature to itchiness to pressure. We know it has something to do with what we call “sensory neurons.” Nevertheless, its mechanisms are poorly understood. 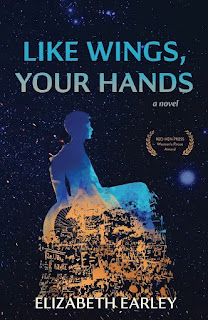 Even the way we organize our environment with names and categories and units of measurement is conducted from within our limitations. The point is there's a lot going on way outside the human range of perception and understanding.


The idea for these characters and their story came from myriad places, but the fundamental question that aroused the idea was one of freedom versus limitation. Is freedom in the mind or in the body?

Q: The story is told from both characters' perspectives. Did you focus more on one character first, or did you write the novel in the order in which it appears?

A: There were several incarnations of this novel and an early draft didn't include Marko's POV at all, only that of Kalina. When I revised the novel the last time and wrote in Marko's point of view, it felt like the major thing that had been missing all along.

A: The original title was An Unbearable Weight, which I liked because of its multiple meanings: the play on the Kundera novel title, which is itself a character in the book; the actual weight Marko is not able to bear on his legs; and the metaphysical weight of the generational angst he carries.

But then a friend told me she would never want to read a book titled this way because it made her depressed just at the outset. It was my publicist who sent me a list of alternatives, and I picked Like Wings, Your Hands. I love it for its poetry and sentiment.

A: No, I had many different endings along the way. Altogether, I spent about seven years writing and rewriting this novel. 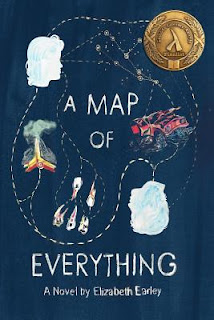 The ending it ended up with is my favorite, as its subtlety and implication for the future matches the tone of real life. Marko comes full circle when he arrives to the place where his belly button was buried. He will come full circle again, as the superstition predicts.

And this round path through space and time mirrors Marko's experience of time as a spiral staircase. He arrives there, at the junction point of beginning/end/new beginning, as a new, wiser version of himself. The mood is one of lightness and hope.

A: I recently finished a draft of a hybrid memoir entitled The Eternal Round. It defies linear narrative storytelling, instead, unfolding a fragmented recounting of my own spiritual, interpersonal, and physical journey to healing in the wake of a near-fatal motorcycle accident, alongside a telling of my grandfather’s life—the rich, beautiful, and traumatic experience of a deaf, luminous man.

Engaging with the divine, intergenerational trauma and addiction, and love—both of the self and of a beloved community—the narrative pushes towards a more tender and truthful lens of the world.

Broaching both the mystical and the bodily, The Eternal Round’s vatic frame immerses its readers into a sensually rich world, from which they will leave, like myself and my kin, having been changed profoundly.

Since finishing a draft of that, I'm moving on to something as yet unformed, but I think it's going to be a collection of essays inspired by the body as a biological system. I will research each, separate, intricate and integrated system within the system and use it as a metaphor for something occurring in the external world.

A: I would love for people to know about a press I help to run called Jaded Ibis Press. It's a feminist, nonprofit press publishing socially engaged literature with an emphasis on the voices of people of color, people with disabilities, and other historically marginalized voices.

We recently released a beautiful, epic new novel by Sion Dayson called As a River, which has been quite celebrated in its first month on the market. Next year, we will put out two very important books engaging issues of race, identity, and survival, among others. Seconds and Inches is a memoir by Carly Israel, and a vivid short story collection by Donna Miscolta, title TBD.