Rene Denfeld is the author of the new novel The Butterfly Girl. Her other books include The Child Finder, and her work has appeared in a variety of publications, including The Washington Post and The New York Times. She is a licensed investigator, and she lives in Portland, Oregon.

Q: Why did you decide to write another novel featuring your character Naomi?

A: When I finished The Child Finder I knew I wanted to hear more from Naomi. The story didn’t feel finished.

I really enjoy Naomi—she’s real, complicated, and I think a sympathetic character. I wanted to find out what happened with her. I was glad to hear from so many readers that they felt the same. It’s not every day as a writer you find a character that feels like they could carry more than one book.

Q: You've said, "Celia's voice could very well be my own." How did your experiences inform your creation of this character?

A: When I was a kid I was on the streets. I came from a background of severe trauma, and in many ways the streets felt safer than my home. 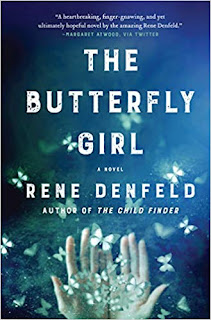 At the time it was the early 1980s and the serial killer the Green River killer was active in the area. I faced a lot of dangers, experienced a great deal of violence.

And yet there was also hope. I used to tell myself “at least on the streets I can run away.” I made lifelong friends among the other street kids. And the public library served as my sanctuary. It was there I discovered the healing power of books.

Q: Why did you choose butterflies as one of the themes of the novel?

A: That’s a great question! It just came to me. It felt natural for Celia, the street girl. She needs to believe in something more powerful than herself, and the butterflies represent so much. It is the power of transformation.

Q: The novel is set in Portland, Oregon. How important is setting to you in your writing?

A: Setting is very important. I think of setting as another character. Just like there are characters that might seem exciting to another person but not to you, the same is true of setting. 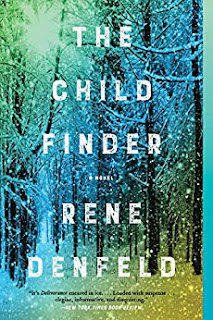 Oregon excites me. I grew up here and know many rich nooks and crannies: the ancient forests, the rugged coastline, the small towns, the terrible poverty, the prisons and the cities, and the history. I like being able to show the Oregon I know, and the amazing people who live here.
Q: What are you working on now?

A: I tend to be private about works in process. There’s a secret sense of magic, where I hold the muse close.

A: Just how much I appreciate being here! There is such a lovely, close circle between writers and readers—I think we are all part of the same beautiful loop of story. Thank you for having me on!

--Interview with Deborah Kalb. Here's a previous Q&A with Rene Denfeld.
Posted by Deborah Kalb at 5:57 AM