Elizabeth Haynes is the author of the new novel The Murder of Harriet Monckton, which is based on a true 19th century British crime story. Her other books include Into the Darkest Corner and Never Alone. She is a former police intelligence analyst.

Q: You write that you stumbled upon Harriet's story while researching another novel. At what point did you decide to write a novel about Harriet?

A: Yes, I was researching Victorian coroner’s inquests in the UK National Archives when I found documents relating to Harriet’s murder. I read a lot of true crime, and it struck me as strange that nobody seemed to have written about her before – and it was such a compelling case.

I took a long time making the decision to write Harriet’s story. What I really wanted was for someone else to write it, so I could find out what had happened to Harriet and who was responsible for her death. I’m not a historian, all my previous novels have been contemporary thrillers, so this felt out of my comfort zone.

Eventually I’d done so much research out of curiosity that it made sense for me to use that information and write it up. I considered doing a true crime examination of the case, but then I realised what I wanted more than anything was some sort of justice for Harriet, and by leaving her case unsolved, she was no better off. By fictionalising it, I’ve given her a voice, and a resolution – even if it’s made up. I really wanted her to be remembered, and heard, after 175 years of being hidden in the archive, forgotten.

Q: What did you see as the right blend between the historical record and your fictional creation?

A: I wanted to include as much of the facts as I could.

For example, the dialogue in the inquest scenes is taken directly from the things said by the witnesses, according to the archive documents. The names of the fictional school children, and the townsfolk, are all taken from the 1841 census – so they’re real people, even if I’ve put words in their mouths, and invented characters for them. 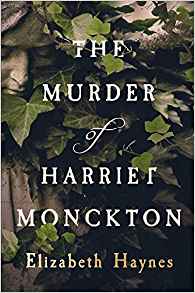 Once the inquest reached a verdict in May 1846, there are no further newspaper reports concerning the case, and so everything that happens in the book after that date is my own invention.

The hard part, of course, is that in seeking justice for Harriet by naming a murderer, it’s possible that I’ve maligned someone who is entirely innocent. I have to trust that the reader will understand my reasons for writing it the way I have, and I’ve been very clear about what’s true, and what’s invented, in the book’s Afterword.

I really wanted the reader to have as detailed an awareness of the case as I did, in the hope that somebody might spot something I missed, and work out what really happened. I’m still hoping that someone might contact me with some family history that isn’t in the public domain, and that I might yet find out the truth.

A: It was incredibly detailed and labour-intensive, but also very satisfying – the more I looked, the more I found. I researched the family history of all the characters, researched the town of Bromley, the topography in 1843 – to the extent that, using several sources, I was able to work out where everyone lived – bearing in mind that full addresses were only provided in the census from the 1851. There will, of course, be things I have missed. 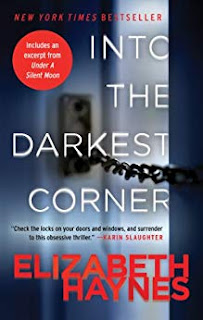 There were some things I discovered that I had to leave out of the book (it’s pretty big as it is).

One of them was a strange incident that was reported at the inquest: Miss Williams, Harriet’s friend and companion, stated that Harriet had previously shared a bed with a woman called Mrs. Simpson, and that Harriet had awoken one morning and found Mrs. Simpson dead in bed beside her, and that she had been much affected by it. I am consumed with curiosity about Mrs. Simpson and have found nothing else about this incident anywhere – but it did not seem to have any bearing on Harriet’s murder, so I left it out completely.

Q: What do you think Harriet's story says about the role of women in 19th century England?

A: At the time of her death, Harriet was 23 years old, a schoolteacher and a woman of respectable parentage. She was very religious, and worshipped at the Congregational Chapel in Bromley sometimes three times a day.

And yet her post-mortem revealed that she had swallowed a large quantity of prussic acid, and that she had been around six months pregnant at the time of her death. She had told nobody of her condition, and it seemed likely to the coroner that it had led to her murder. 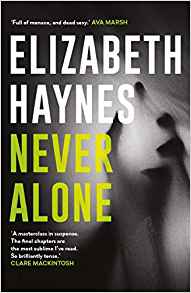 If Harriet had lived in 21st century Britain, her “condition” as an unmarried pregnant woman might have been awkward, but she would have had several options before her and it would have been unlikely to result in her brutal murder, and scandalised reports in the national press.

We have no way of knowing who the father of Harriet’s son was, nor whether the pregnancy was caused by consensual sex, because she trusted nobody well enough to talk about it. And Harriet is just one of so many women, silenced by history, unheard, voiceless.

I wanted her to be heard, and remembered, as a Victorian woman - but in some ways Harriet’s story is just as relevant today. Women are still subjected to sexual violence, still expected to take all responsibility for pregnancy, and still silenced by men. We have come so far, and we still have such a long way to go.

A: In the course of my research, I came across another case involving one of the suspects for Harriet’s murder. It’s not a murder – but it is certainly nefarious and just as intriguing: another case of a troublesome woman silenced by men!

A: I think the real Harriet would be astonished to learn that people all around the world have heard of her, and have learned about what happened to her. Of course, all the documents I used to research Harriet’s case are in the public domain, and many of them are available online. I hope people do look her up, and find the same evidence I did, and maybe work things out for themselves.