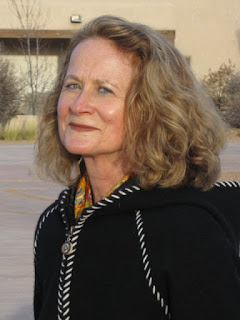 Virginia Frances Schwartz is the author of the new young adult novel Among the Fallen. It takes place in Victorian England, and focuses on Charles Dickens's Urania project, which helped young homeless women. Schwartz's other books include Send One Angel Down. She lives in New York.

Q: You note that you’ve been a fan of Charles Dickens’s work for many years. What first intrigued you about his work with the young women of Urania?

A: The Urania project was a component of an exhibit at the Morgan Library in New York City featuring Dickens at 200.

Not only was Dickens a prolific author, he ran a magazine, met deadlines for his novels published in monthly installments therein, had 10 children, and did charity work, but he also supervised Urania, a home for homeless girls.

Urania, a private social project, rehabilitated girls through education and training to become self-sufficient; it then offered them transportation and jobs in the colonies. A second chance. I was in.

Transformation–the way a person changes and rises above dire circumstances–is a theme in all my novels.

Why was Dickens involved in this project? That question kept haunting me. Dickens was a man with his own secrets hidden from an adoring audience and even his own family.

Only one friend, his biographer Forster, knew of his past at the time: no formal education, a childhood in poverty, his family confined to a workhouse and supported by 12-year old Charles working 10-hour days in a blacking factory, rejection by his first love, a mismatched marriage, and a young mistress.

How did he have the energy to devote to “fallen” girls from prison and the streets, abandoned by family and society, often with a history of prostitution? Was there a commonality in the lives of such girls and his own? Was there a point where Dickens’s wounds intersected with those of these lost girls?

Or did he have another motive, one that was as hidden as the secrets he himself kept from everyone? 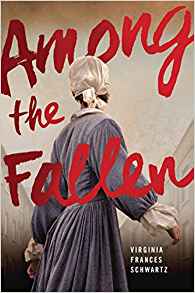 Q: How did you create your character Orpha?

A: Orpha did not appear initially. Researching Urania and its girls, rereading Dickens’s novels, exploring his whereabouts and activities, studying the Victorian era and London itself (both of which are vivid characters in their own right) all came first. I had to wait for Orpha. When I can visualize the protagonist, the heart and soul of the book reveals itself.

After several months of research, Orpha stepped out of history, a true Dickensian character, a wounded girl. She showed up in my imagination one afternoon: lean and drawn in, almost invisible, with her cropped hair and blackened fingers.

And most of all, her frozenness. In the novel, Dickens observes that she “was so still, she could have been Marble.” What had happened to her?

Her story came in bursts and flashes, images and memories. It peeled away from her over the years I wrote this book like the layers of an onion. I was never sure of her whole story or what she would eventually do.

Her story unraveled just as the #MeToo movement exploded into mainstream. What could a sexually abused girl do to save herself in 1857 Victorian England if it took until today to name an abuser? The answer finally came from Orpha herself and who she was.

Q: What did you see as the right balance between the historical record and your fictional creations?

A: Where do history and imagination meet? Where is the pivotal point that story is free to emerge? Unless a work of historical fiction is grounded in the reality of an era, it does not ring true. But for a story to be authentic to character, it must breathe.

During the initial draft, I got way too caught up in Dickens. When my agent read it, her advice was, “It’s not about Dickens. It’s about the girl.” I had followed Dickens to the end of his life in that draft. He mesmerized me. Impossible to keep up with that man.

So, I trimmed to the essentials: Dickens’s decisions and lifestyle that affected both Urania and Orpha. And then Orpha herself, once firmly embedded in the Victorian era, took over the story. I let her lead. Much of what I researched got trimmed or fell to the sidelines in homage to story. 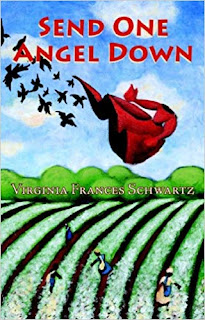 Q: What does Orpha’s story say about the dangers facing girls and young women in Victorian-era England?

A: In a historical quote of Dickens I used in this novel, he asks, “What are the odds of a literate lower class girl living in our society today? Fourteen in seventeen thousand!”

There was no education, social network, or health care for the poor. The Victorian era was a patriarchal one. Male supremacy, religion and a punitive mindset dominated. As did prison. For the slightest of crimes, such as a destitute person stealing a loaf of bread to feed their family (A Tale of Two Cities), imprisonment was harsh. The poor were submerged in a downward spiral.

Women existed in a protective bubble behind the men in their family–fathers, husbands and brothers. Dickens explains this in Dombey & Son, upon the birth of a son: “But what was a girl to Dombey and Son! In the capital of the House’s name and dignity, such a child was merely a piece of base coin that couldn’t be invested.”

A woman on her own, particularly an unchaperoned one, was subject to speculation, gossip and possible abuse. No one would protect her from harm or sexual abuse.

Since there was no education or career training, women often drifted in and out of prostitution in order to feed their families. Even a hard-working seamstress like Dorrit sewing for the upper class lived in a workhouse.

A woman’s voice was lost in this era except for the famous few like Queen Victoria and Burdett-Coutts. As soon as I encountered Orpha, I knew that the key to her survival was to find her voice.

A: I’m working on a speculative middle grade novel that blends magical realism with a historical twist. Refuge, set in World War II London, explores the fate of abandoned pets during the onset of the war.

What happened to them as cities burned and bombs fell? How did they survive, or did they? Entering an imaginary world is a delight for me and its own refuge.

A: If you know your Dickens, you can discover traces and echoes of scenes in Among the Fallen from his many novels–A Tale of Two Cities, Oliver Twist, Little Dorrit, etc.

Between the lines of his novels, I caught glimpses of Dickens’s life. Catherine Dickens inhabits Mrs. Dombey: Dickens’s secretive obsessive love for his mistress surfaces in Great Expectations and A Tale of Two Cities.

Dickens’s work has resonated with me all my life. One of his archetypal villains haunted me since childhood. Bill Sykes shows up in Among the Fallen with a different name but with the same destructive intentions.