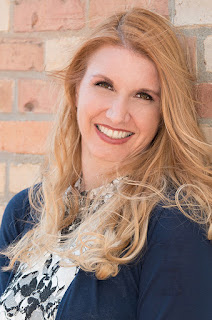 Sasha Dawn is the author of the new young adult novel Panic. Her other books include Splinter and Blink. She also writes under the name Brandi Reeds. She lives in the Chicago area.

Q: How did you come up with the idea for Panic, and for your character Madelaine?

A: My second young adult title, Splinter, starred Sami, a character loosely based on my eldest daughter. I knew I wanted eventually to write a book in tribute to my younger daughter (Madelaine, after whom the star of Panic is named), and as she grew, I centered on her love of music, which is an important element in many teens’ lives, and I knew I had the first character trait of my next protagonist.

This story is loosely based on Madelaine’s aspirations in musical theater. She attends one of the most prestigious performing arts academies in America, and while she has no trouble belting out a tune on stage in front of hundreds of people, she is an introvert and has limits when it comes to everyday interaction.

I learned a lot about her inner struggles with meeting new people, and the process she takes herself through when she becomes someone else on stage. My main character shares many of my daughter Madelaine’s fears and frustrations, as well as ambitions.

Q: What do you think the novel says about anxiety and panic attacks?

A: I hope the novel opens discussion about anxiety and panic attacks and presents them not as debilitating attributes but as ways of alerting ourselves that all is not right. People of all walks of life experience anxiety and panic attacks; I’m included in the statistics. The way I see it, it’s important to see anxiety as a self-awareness tool. Learning to manage anxiety is strengthening, as well. 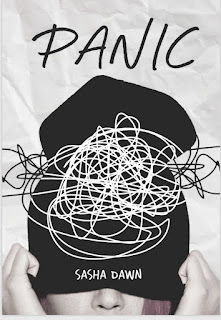 Q: The Kirkus Review of the book says, "The author makes it easy to be both frustrated with the characters’ choices and yet to empathize with them." What do you think of that assessment?

A: I take it as a compliment: it means I’ve managed to convey the complexity of the teenage psyche.

I like to think I write people as they are, not as they should be. It’s important to remember that we’re discussing a 16-year-old girl. She isn’t going to make decisions the same way an adult will. She simply doesn’t have the experience to do so.

Looking back at my 16-year-old self, I’m frustrated with some of the choices I made back then, too. But I did the best with the tools I had at the time. The same is true for any teen, whether or not they’re gracing the pages of a novel.

Additionally, Madelaine thinks with her heart, and she’s very honest with herself. Ergo, I’m not surprised this reviewer found it easy to empathize with Madelaine and her good-hearted decisions. 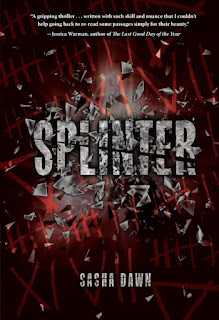 That said, Kirkus reviewers are learned and practiced. They know that being frustrated with a character from time to time could actually be germane to the reading experience. Many novice reviewers would tank a book’s rating if an author dared to inspire feelings of frustration, anger, insert-uncomfortable-emotion-here, which is actually a disservice to the craft, the reviewer, and the reader, to say nothing of the potential sales of the book.

I like that Kirkus Reviews (among many other respected journals) offers balanced feedback based on the craft of writing itself.

A: When I begin plotting, I have a loose outline to follow, but the details often change along the way. I usually know the beginning, the turning point, and the end. But occasionally, an editor will weigh in with possible endings I either haven’t considered, or haven’t wanted to explore.

But in the end, plots are a collaborative process. I take my editors’ advice willingly. While drafting my Edgar-nominated Blink, for example, I wrote three different endings, and I let my editor (the amazing Alix Reid) choose which of the three she found most appropriate. It was great fun! 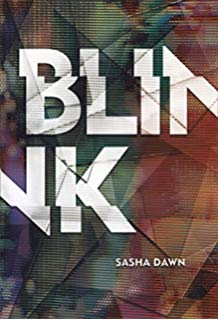 A: I am finishing the revision of my alter ego Brandi Reeds’ next novel, while celebrating the release of Sasha Dawn’s Panic (10/1/19), and Brandi Reeds’ Third Party (9/3/19). Up next for Sasha is a concept surrounding a psychological, twisty plot (currently entitled Asylum). As Brandi, I’ll be considering my next projects.

A: My Edgar nomination for Blink in 2019 was incredibly validating. Despite a strong debut with Oblivion, sales of Blink were bleak, as were sales of its predecessor, Splinter. Despite great professional (and general) reviews, there simply wasn’t enough publicity to get the books out there.

I considered allowing Sasha to fade into the great beyond. What was the purpose in writing books no one would ever read? And then came the Edgar nomination. Blink was considered among the best five young adult mysteries published in the country in 2018. That nomination gave Sasha new life.