Marc Bloom is the author of the new book Amazing Racers: The Story of America's Greatest Running Team and Its Revolutionary Coach, which focuses on Coach Bill Aris and his high school team from upstate New York. Bloom's other books include Run with the Champions and Young Runners. A former senior writer for Runner's World magazine, he lives in Princeton, New Jersey.

Q: You note that you first met Coach Bill Aris in 2004. At what point did you decide to write the book?

A: I followed the team’s success closely every year, speaking with the athletes and Bill Aris often, and wrote stories about them in a newsletter of mine called “Harrier XC,” covering high school cross-country, as well as for various running websites.

When the team swept the Nike Cross Nationals team championships in Portland, Oregon, in December 2014—winning both boys and girls titles in an unprecedented achievement—I decided then that the extraordinary success and intrigue behind it must be explored in a book-length work.

Q: What accounts for the success of Aris’ teams, and can his methods be replicated elsewhere? 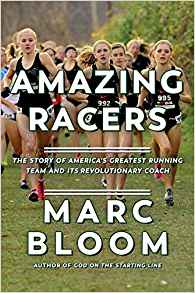 A: Adapting a “Stotan” philosophy whose roots can be traced to Greek antiquity and were used in the 1950s and ‘60s by a maverick Australian coach of Olympians, Percy Cerutty, Aris has been able to teach his teenage runners that reducing reliance on ego in favor of a selfless approach to learning, growing, teamwork, and personal fulfillment is central to what they really crave and gain from.

This is a process nurtured in daily training and wide-ranging lectures by Aris that brings in history, philosophy, poetry and, at times, rock ‘n’ roll. Aris creates a belief system in which the athletes trust him and one another to elevate the team to conquer the pain of hard running, using mantras like “pain is the purifier” and “shared suffering” to rally around.

While the specific methods would be difficult to replicate—they’re based on Aris’ personality, wisdom, historical perspective and acute understanding of teenage desire and conflict—some general ideas can be picked up and considered. In particular, the power of the mind, which coaches tend to spend little time on but, in the right hands, can be developed in teenage runners (or any runners, for that matter) if presented with sensitivity and understanding. Young people are a lot smarter, adaptable and creative than we think. 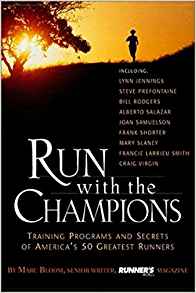 A: My research included many trips to the Syracuse area to observe team practice sessions, interview athletes and coach Aris, and run some of their prized trails myself. I did more than 100 phone and email interviews with over 40 athletes as well as with Aris, other coaches, athletes from other teams, and various experts in child and teenage psychology, exercise physiology, sports psychology, and medical growth patterns in young athletes.

I consulted numerous articles on art, culture, and society from The New York Times and The New Yorker, and many great works of fiction and non-fiction in a bibliography that stretches to over 100 sources. I had my own coverage of the team over a 15-year period for additional reference.

What was surprising was that in many of the years, even some of the most successful ones, there were extraordinary obstacles to overcome, making the team’s eventual success that much richer and remarkable. The obstacles included injuries and illness to key athletes, friction centered on personality differences, family dysfunction that spilled out into the team dynamic: frankly, the usual issues one would expect on a high school team but perhaps not the best team in the country. There was no “smooth sailing,” but, rather, constant challenge. 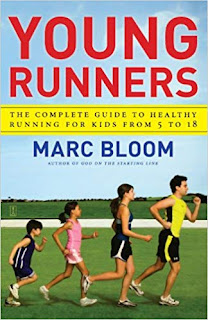 A: I like to think the work presents running in a new and broader light through the prism of these teenagers—vulnerable and powerful at once—and their groundbreaking coach. I hope readers can appreciate what truly goes into running success at the highest levels and what young people have to give to one another and, if you will, the greater good.

On a certain level, this is a story about community values and doing for others, sorely needed in today’s polarized society, and the qualities young people can bring to even the most daunting tasks. I hope that the work comes off as a story of… hope. That one’s hopes can be realized by steering away from tawdry norms and toward a template of honor and selflessness.

A: Other than assisting with the book’s marketing effort, nothing really. I hope to take a crack at a first novel at some point. I have many ideas, a file of notes and some possible titles, we’ll see. I’m not sure I would want to dive into any more non-fiction projects at this point but would be open to any ideas that might come up.

At 72, I still compete in races and am currently training for fall 2019 events. I’m also a voluntary assistant coach with a high school cross-country team and our season begins shortly.

A: I feel privileged to a have been a part of many of the pivotal developments in running, cross-country and track and field in the past 50 years and consider the book a valentine to the sport and the many people who have supported my efforts on various fronts for so long.