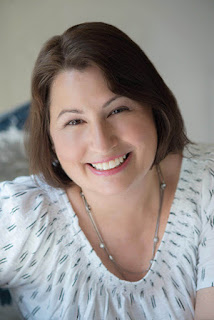 Elizabeth LaBan is the author of the new novel Beside Herself. Her other books include The Restaurant Critic's Wife and Not Perfect. She lives in Philadelphia.

Q: How did you come up with the idea for Beside Herself, and for your character Hannah?

A: There were a few things that came together to form the basic idea for the novel.

One was the title itself. I often use that phrase, saying that I’m beside myself, or someone else is beside herself, and at one point my husband said, “that would be a great title for your next novel.” So, I had that in the back of my mind.

More than that, though, I am always interested in exploring marriage and family, and how people deal with unexpected bumps, or sometimes huge potholes, in the road. When do people call it, knowing they just can’t stay in a particular situation, and when is it salvageable?

The main plot of Beside Herself came from that question, and then grew from there to include Hannah’s reaction and desperate attempt to figure out what came next.

Hannah is not based on any one person I know, she is someone I got to know as I wrote the first draft, and then kept rewriting as she developed in my mind. Unlike some of my other characters, there isn’t a lot of me in Hannah, which made her really fun and liberating to write.

Q: We've talked in a previous interview about your novels' Philadelphia setting. This time you focus specifically on the year the Eagles won the Super Bowl. Why did you decide to set the book during this particular time period? 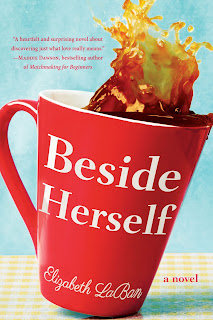 A: It’s true that I love to set my novels in Philadelphia, and I chose to have Beside Herself take place during the year the Eagles won the Super Bowl for a few reasons.

The first is that it was an amazing time in the city. There is one moment in the book after they won when Hannah thinks to herself that the city feels electric, and that was exactly how it felt.

Along those lines, I liked the idea of something emotional going on as a backdrop to what the Bents were dealing with.

My husband and son went to the NFC Championship game when the Eagles beat the Vikings and it was truly a highlight for them, something they will always remember. I wanted Joel to have that and share that with Lincoln while all this other not-so-great stuff was also happening in his life.

Finally, it was my way of saying thank you to the Eagles. I will never forget going to that parade on Broad Street, and having the chance to write about the Bents going was a way to relive it. 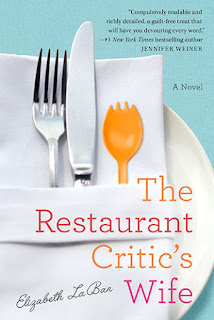 Q: Did you know how you'd end the novel all along, or did you change things as you wrote?

A: I don’t want to give too much away, but I did know the ending all along, before I even wrote one word of the novel. That big question – can they or can’t they make it work? - I always knew the answer to.

That isn’t to say that many other things that I thought would go one way didn’t go another, or that I didn’t change certain events as I got to know everyone better – all of that is true, too. Also, I wasn’t always sure how I would get there, but the short answer is yes, I always knew how the novel would end.

A: My great hope when I write a novel is that readers will like the people and the world I create enough to want to be there with them for the entirety of the book. 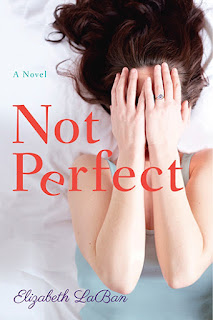 In other words, as a reader, I always see books falling into two categories. The first is that I just want to know what happened, I want whatever question has been raised to be answered, or whatever mystery has been put out there to be solved, but I don’t always care about the world enough to read every word, so I find myself skimming.

Then there are the books in the second category of which I don’t want to miss a single word – books like Matchmaking for Beginners or Fleishman Is In Trouble. In those cases, I love the books so much I want to hold onto to every letter, every page. That is what I hope readers will find in my books.

As far as a lesson goes, I don’t think there is one, except the acknowledgement that life often takes unexpected turns, it can get messy, and sometimes what you thought was a deal breaker might not be so clear when you are actually faced with it.

A: I just finished another novel, at least a draft of it that I felt was good enough to send to my agent. This one is slightly different from my others, the characters are a little younger, there are no kids in the mix, and, while it begins and ends in my beloved Philadelphia, I have managed to move most of the action to the Jersey Shore (another place I love!) – so it is a true beach book!.

I’ll let you know how it goes! Hopefully one day I’ll be answering these questions about that book!

A: I wrote a screenplay this summer, it was the first time I had ever done that, and I loved the process. I had an amazing mentor, and lots of support, and I enjoyed the writing process completely. Again, who knows where that will go? Hopefully one day I’ll have more to say about it!

--Interview with Deborah Kalb. Here's a previous Q&A with Elizabeth LaBan.
Posted by Deborah Kalb at 6:39 AM