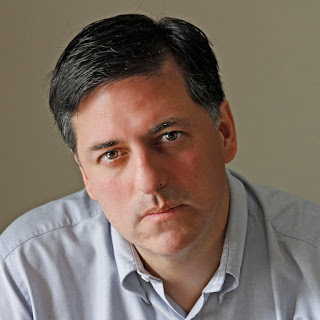 Sergio Troncoso is the author of the new story collection A Peculiar Kind of Immigrant's Son. His other books include The Nature of Truth and Crossing Borders, and his work has appeared in a variety of publications, including CNN Opinion and Yale Review. He has taught for many years at the Yale Writers' Workshop in New Haven, Connecticut.

A: I wrote A Peculiar Kind of Immigrant's Son over a period of roughly four or five years.

I am always working on multiple projects at the same time, so it's difficult to pinpoint the exact time it took me for a single project, because the time for that project is invariably mixed with the time I was also spending on other projects.

That's how I avoid writer's block: when I'm stuck working out a character or another issue of craft on a particular project, I go to something else where I have a better sense of what I want to do.

What happens to me is that I also find these Aha! moments when I leave something alone. I think my subconscious mind keeps working on what perplexed me, even though I'm not working on a particular project or literary problem at a given moment.

A: The title is taken from a middle part in the first story, "Rosary on the Border." These words come at a moment when David Calderon, the first-person protagonist, is reflecting on his uneasy relationship with his recently deceased father.

The title signifies for me David's separation and exile, which is not just physical but also intellectual and maybe even moral. David never quite fit in Ysleta on the United States-Mexico border, although he grew up there. But when he leaves for Massachusetts and Connecticut, he still does not quite fit in those places as well. 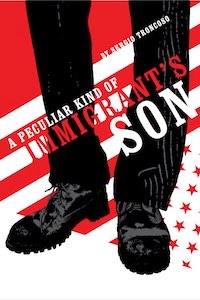 This “existential unease,” if you want to call it that, leads him to think, reflect, and try to make sense of his life on the fly, as someone who returns to the border, and even when he carries the border with him to a home on the East Coast. The struggle to find your home is at the heart of the title.

Q: Given the current focus on immigration in this country, what do you hope readers take away from the collection?

A: I hope readers will take away a complex view of characters from the border, men and women, who have traveled beyond the border, who have returned to the border, and who are remaking America as they try to fit in, adapt, and change this country.

I want readers to go beyond the stereotypes, often dangerous and racist, which too easily are promoted by cable and social media. When you decide Mexican immigrants and their Mexican-American children are “invaders” or “vermin,” then it is only too easy to drive hundreds of miles from the suburbs of Dallas to kill dozens of innocent people at a Wal-Mart in El Paso.

The recent August massacre began with stereotypes and prejudices of who the people in El Paso were. These stereotypes missed the real El Paso, the values of hard work and dedication to family, and the peaceful humility of the largely working-class, immigrant community of El Paso. 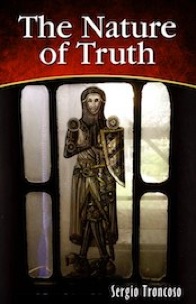 But to break these stereotypes people--especially the white population that has never been to the border--must read about and engage with El Paso (and other immigrant communities) and experience for themselves the pride El Pasoans feel about being hard-working Americans.

Will this white population, whether in Dallas or Des Moines, actively seek to break out of their media cocoons to understand the border and the complexities of immigration? Or will they keep getting their misinformation from media and political hucksters who always wash their hands of any blood they may be responsible for?

I always hope readers will gain a greater empathy and understanding of the complexity of the immigrant experience from A Peculiar Kind of Immigrant's Son.

Q: The Kirkus Review of the book says, "Troncoso’s New York is a place of splendid possibilities and sad endings, a place where the reviled Other, far from home, searches for a safe place to land..." What do you think of that assessment?

A: Well, this Kirkus Review, in its totality, was an excellent review, but I would say it was somewhat pessimistic about reading particularly the dystopian elements (and stories) toward the end of A Peculiar Kind of Immigrant's Son.

We are indeed living in dark times for immigrants in the United States, particularly Mexican immigrants. And this tone comes directly from Washington, D.C., and media outlets that have made it their mission not to tell a balanced, complex story about immigrants, but to stoke fears, to reinforce stereotypes, to always pick the worse examples and indicate with a wink and a nod that these are the “invaders” coming into our country. 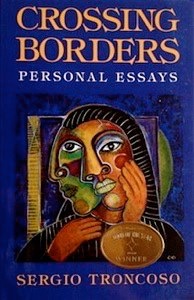 And my stories, especially "Library Island," have that dark undercurrent of what will happen if we keep going down this dark path, but I think I also try to portray the hopeful struggle (even if it fails) of immigrants trying to find their place in America.

The hard work, the love of family, the grit to succeed, the struggle to keep some values from that “first world,” while adopting other values in their “new world.” That immigrant heart, that's also in my stories.

A: I am working on a novel, tentatively entitled Nobody's Pilgrims, for Cinco Puntos Press. The protagonist in the novel is a Mexican-American teenager who wants to escape the border. Turi falls into serious trouble with evil people who want to find and capture Turi and his companions as they drive across the country toward the East Coast. It's an adventure novel about immigration, friendship, and love.

A: A Peculiar Kind of Immigrant’s Son is a collection of linked stories, so as much as they are focused on immigration and Mexican-American diaspora, they are also focused on perspectivism and time. I start with quotes from Friedrich Nietzsche and Virginia Woolf at the beginning.

The table of contents groups stories in twos and threes for a reason. Within these groups, characters appear as protagonists in one story, and then appear as minor characters, or characters from a different point of view, in another story. The reader I hope will be challenged to consider these shifting perspectives and what it reveals about his or her prejudices when reading a character through a certain lens.

In the penultimate grouping, I hope readers will appreciate how much they are part of this process of perspectivism as they bring my stories to life on the page.