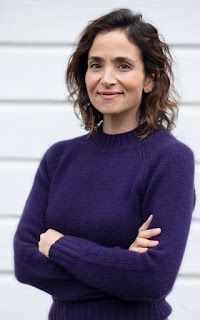 Zoe Fishman is the author of the new novel Invisible As Air. Her other books include Saving Ruth and Inheriting Edith, and her work has appeared in the Atlanta Journal-Constitution. She teaches at Emory Continuing Education and the Decatur Writers Studio, and she lives in Decatur, Georgia.

Q: Why did you decide to write about a character who's addicted to opioids in your new novel?

A: That was actually the starting point of the novel. I was and continue to be very interested in the way this epidemic has ripped through the country, destroying so many people's lives, and almost always beginning with a doctor's prescription.

Oxycodone knows so class or gender or economic strata, and I wanted to write about an unlikely, rather invisible victim: an upper-middle-class working mom who knows better but still can't help herself. 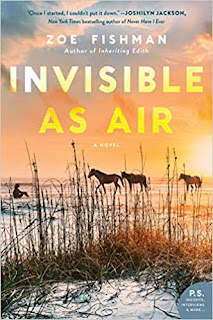 Q: You write, "So although Sylvie and the Snow family's situation is different than mine, it's my hope that by writing myself through grief, I was at least somehow able to write them authentically through it too." How did your own experience with grief inform your writing of the novel?

A: It made me much more empathic to everyone's individual grief path. Everyone handles grief differently depending on their personal histories and personalities, and all paths should be given space.

The novel also allowed me to call out the people that let me down when my husband died, the supposed friends who didn't so much as send a two-line email acknowledging my loss. When Sylvie lashes out at the PTA meeting, that's something I longed to do and still do actually.

But I'm very lucky, I wasn't let down by many - I have a wonderful community, friends and family that continue to keep me and my sons afloat. 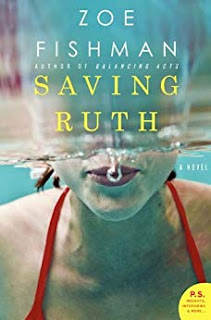 A: When you love someone, and especially if that someone happens to be a complicated person and the love a complicated love, I think a lot of times you see what you want to see. It's too much, too exhausting to dig any further beneath the surface than you already have for a variety of reasons, but mostly because to voice concern usually means a fight and heavy denial.

Sylvie's addiction is invisible to her family because they want to believe that the changes in her demeanor are organic, and also because confronting her about the alternative would require energy that they just can't summon.

Q: You write from Sylvie's perspective, but also from the perspectives of her husband and son. Did you write the book in the order in which it appears, or did you focus more on one character at a time?

A: I wrote the book is the order it appears. I'm what they call a "plotter" - I always have a thorough synopsis and outline before I begin writing. 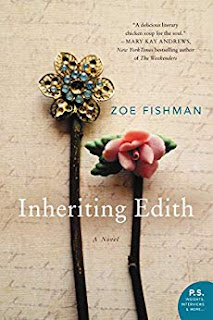 Inevitably it changes as the characters come alive, a type of magic that I'm very grateful for because that means that they're becoming their own people outside of my very structured plan.

A: My next novel is about a widower in his 80s, Abe, and a woman in her 20s, Nora, who meet at a shiva in New York City and become unlikely friends. Obviously there's a lot more to the plot than that, but that was the initial idea.

A: A lot of folks have asked me about my thoughts on grief, as someone who is grieving themselves and is writing about it in Invisible As Air.

If I could offer one piece of advice to the friends and loved ones of those that are grieving, it's this: don't pretend it hasn't happened. You're not helping by ignoring. Ask them how they're doing in the wake of these painful deaths. Say the names of those that have died. In this small but very impactful way, they live on.