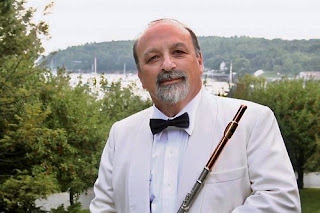 Thomas Wolf is the author of the new book The Nightingale's Sonata: The Musical Odyssey of Lea Luboshutz. The book focuses on his grandmother, who was a violinist. Wolf, a flutist, is part of a musical family. His other books include Musical Gifts.

Q: How much did you know growing up about the family history you describe in the book, and what kind of research did you need to do to write it?

A: My family were storytellers and many of these stories I had heard growing up. They were part of family lore, though in the process of writing the book, I learned that they were not always terribly reliable and sometimes the stories were adjusted to fit a particular desired family narrative. This was one of the most interesting aspects of the research.

On the other hand, few people attempting a family history could be more blessed with such rich documentation to work from. Members of my family were not shy about preparing personal memoirs and oral histories. In addition, because several of them were well known in their day, a lot was written about them.

There are hundreds of books and articles in which family members are mentioned, especially in Russia and the United States but also in France, Germany, England, and elsewhere. Those who were professional musicians received much coverage.

It is well to remember that reporting on classical music in Western Europe and the United States was considerably more robust during the period in which the main characters in this book were most active, making my search even more fruitful (and exhausting). 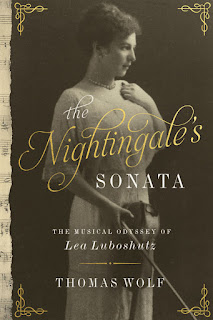 Any respectable newspaper in the United States had a reviewer dedicated to classical music, and concert coverage generally appeared the day after a program was presented (often in the morning papers).

Reviews and profiles of family members were commonplace not only from nationally important media markets such as Moscow, New York, Paris, Berlin, and London but also from relatively small communities where they performed. Some of this material was already in family collections; other items were available on Internet archives and even more was available in physical archives.

Q: Why did music become so important to your family?

A: My family lived in Odessa, part of the Pale of Settlement, a strip of land running from Poland and Lithuania to the Black Sea. In 1791, Catherine the Great had declared that Russian Jews had to live within the borders of the Pale, trapping them in this vast, impoverished territory on the periphery of the empire.

Most of the Pale was composed of half-starving rural settlements, or shtetels, and a handful of Polish, Lithuanian, and Ukrainian cities long past their prime.

By creating the Pale, Catherine not only helped solve what many Russians considered the “Jewish problem” but in the south at least it helped populate sparsely occupied territories and establish commercial control over areas that had been annexed from the Ottoman Empire.

There were few ways that Jews could accomplish their dream of getting beyond the Pale to a “better place” like Moscow or Saint Petersburg. Jews who had accomplished this feat had done so through great wealth or extraordinary talent and there was no way my family’s piano business was going to lead them to sufficient riches to impress the authorities. 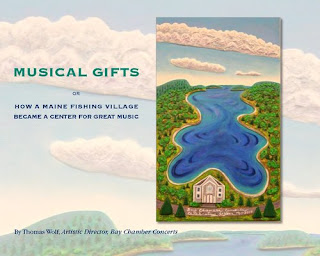 Thus, it was important to learn whether any of the family had musical talent and to nurture it as quickly as possible. As it turned out, not only my grandmother but her sister and brother were all musically gifted and miraculously all three managed to get to Moscow based on their talent.

A: Lea and her children and others in the family had experienced enough of poverty to believe that there was nothing noble about being poor. On the other hand, Lea had seen possessions lost, taken, sold, and abandoned and in the long term it seemed to cause her few moments of deep regret.

Mostly, things were not that important to her. Instead, she sought, fought for, and kept family and music uppermost in her life. And even when her own performance career ended, she inspired all of us to champion a fierce commitment to ensuring that people with talent and passion could continue to make music at the highest level. This is the most important take-away from the book.

A: Over the last quarter century, I have amassed a huge archive of material relevant to the family story. But more than that, the material provides a rich resource on the history of classical music over the last hundred years.

I was very pleased recently that the Curtis Institute of Music – an institution that several of my family was associated with both as instructors and students – has agreed to accept this material in their archive. So one of my tasks is organizing and labelling the material I have.

Another project relates to material that never made it into the published book. The original version was almost twice the length but I had to cut it quite heavily to make it more accessible and readable. I am now organizing what got cut into blogs, articles and perhaps even another book.

A: The book has a marvelous website. I spent a lot of time collecting family recordings, videos, photographs, and other material and the site contains study questions for book clubs as well as a listing of events related to the book.

I have begun to schedule events that will include live music, projected historical photographs, and narration, and to learn more about where and when these are happening, check the web site.