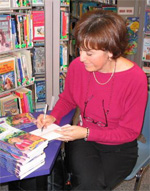 Kathy Kacer is the author of three new children's books. One, Masters of Silence, is a middle grade novel focusing on Marcel Marceau during World War II. The second, Broken Strings, written with Eric Walters, is also a middle grade novel. The third, The Brave Princess and Me, is a picture book. Kacer has written many other books for young readers. She lives in Toronto.

Q: How did you learn about Marcel Marceau's role in the French Resistance in World War II, and how did you come up with the idea for Masters of Silence? 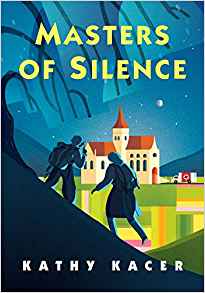 A: I'm not sure where I first learned about the work Marcel Marceau did with the Resistance. I probably read about it when I was researching another book. I knew I wanted to write about him, but put that idea aside.

And then I began working on another series of books. I knew a story about Marceau would be a perfect addition to that series. The series is called the heroes quartet - four books, each one focusing on an individual who rescued Jews during the Second World War.

Masters of Silence is the second book in that series. I loved writing about Marceau and loved weaving his story around two fictional characters - a brother and sister who are in hiding in southern France and are smuggled to Switzerland by Marceau.

Q: How did you and Eric Walters end up writing Broken Strings together, and what was your writing process like? 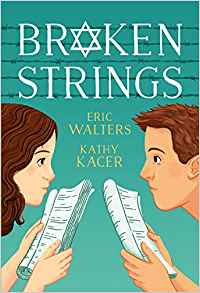 A: Eric actually approached me to collaborate on a book that would have a Holocaust theme. I jumped at the opportunity to work with him.

We sat down to plot out the story and then Eric started off the writing by doing the first three chapters. He sent them to me, I rewrote some of his stuff, added three chapters, and sent it back to him. He then overwrote me, added some more, and so on and so on - back and forth. It was kind of like a "finish that story" exercise.

We each had to accept what the other had written and add to it, always keeping the story moving forward, and always being true to our original plot ideas. Every now and then, we met to reevaluate the plot. All in all, it was a pretty seamless process. Eric is a generous writing partner and it was wonderful to work with him.

Q: How did you learn about Princess Alice's role in World War II, and at what point did you decide to write a picture book about her?

A: The story of Princess Alice was a gift to me from Margie Wolfe, my publisher at Second Story Press. Before Margie told me about her, I had never actually known of Princess Alice and what she did to hide a Jewish family in her residence in Greece. 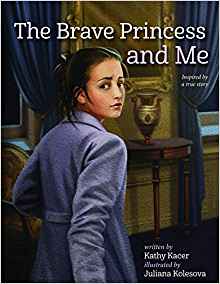 As soon as I began to research her history, I decided that a picture book would be the perfect way to tell her story. It's a very gentle story, and this format is geared to a younger audience, one that may just be beginning the process of learning about the Holocaust.

Q: What is your research process when you begin a new project?

A: Reading, reading, reading!! That's where it always begins. I need to learn as much as I can about the person I'm writing about, or the event that I want to explore in a book.

While I'm reading, I'm jotting down notes about how that information could fit with a story I want to tell. Sometimes I'll write whole scenes from a piece of research that I've just uncovered.

Eventually, I move from the research to the plot of the story I want to tell. But I often go back to researching and reading some more, even when I'm in the middle of the writing. Often, I'm lucky to be able to interview the person I am writing about. I've written about many Holocaust survivors and have probably interviewed over a hundred survivors for the stories I've told.

A: I have several books on the go. The third book in the heroes quartet that I referred to earlier is done and coming out in the spring 2020. It's called Louder Than Words, and it's about a Ukrainian housekeeper who saved three Jewish children by pretending they were her own when their mother had been arrested and taken away. Her name was Nina Pukas. What is amazing about her story is that she was such an "ordinary " person (poor, uneducated), who did something so remarkable.

I have written a draft of the fourth book in that series, which is based on the life of Henny Sinding, a Danish girl who saved hundreds of Jewish people by sailing them from Copenhagen to Sweden. I'm in the middle of reviewing and editing it.

The other book I'm working on is a story about a man named Otto Weidt, a German man who owned a brush factory in Berlin during the war. He saved hundreds of blind and deaf Jews by employing them in his factory. This book is about a fictional girl and her father who come to work for him. As you can see, I am not at a loss for stories to tell! And there are so many more I want to write!

A: In addition to writing, I speak in schools and libraries across North America and in cities around the world. I love talking about this history and about my books to young people and to educators. It's a big part of what I do to keep this history alive.

--Interview with Deborah Kalb. Here's a previous Q&A with Kathy Kacer.
Posted by Deborah Kalb at 7:40 AM