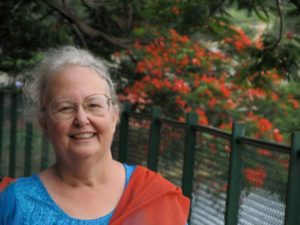 Judy Stone is the author of the new book Resilience: One Family's Story of Hope and Triumph over Evil. It focuses on her family's history and the impact of the Holocaust on family members. She is an infectious disease physician, and has written the book Conducting Clinical Research. Her work has appeared in Forbes and Scientific American.

Q: You note that your parents didn't talk about the Holocaust when you were growing up. At what point did you start to learn your family's history, and when did you decide to write this book?

A: I learned a little bit about the Holocaust during junior high but no details—it was more that something bad had happened during the war. I began compiling pieces of our family history in about 2000 but not with any intention of writing a book.

I began writing more about 10 years ago, after my mother died. The intensive, serious writing and sense of urgency began when I saw the divisiveness of the 2016 election.

Q: Why did you choose "Resilience" as the book's title?

A: I wanted to convey that the Holocaust didn’t define my family completely and to share the complexity of their relationships by showing them throughout their lives and how they changed.

It is important to remember that they did survive. They were not just victims but went on to create fulfilling, successful lives, careers, and families. 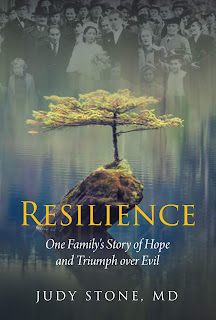 Focusing on resilience came from the evolution of my understanding of my family. As I learned more, I better appreciated what strong people they were and what they had overcome.

Q:  You've discussed parallels between the rise of nationalism today and events during the 1930s. What lessons would you draw?

A: There are so many similarities, it is frightening. Here are just a few:

·      Isolationism, which is now translated as “America First.”

·      Muzzling or silencing of the press, including taking away press credentials and attacking journalists. Then, the term used was “LugenPresse” (lying press); now, it is “Fake News.”

·      Stripping away of constraints on executive power.

·      Growing racism and pitting of one group against another. Jews were deprived of citizenship by 1935. Now we hear chants of “Send them back” and suggestions that dissenters should leave the country.

·      Dehumanization and othering. Then, Jews were referred to as pests, cockroaches, and disease ridden (and therefore threats). Jews were the scapegoats for everything bad. Now, refugees are referred to as “illegals” and their basic needs are ignored.

A: They have had very mixed reactions.

Most are very proud and happy that I have preserved our family’s history and am trying to have something good come from their experiences. They have been very generous with sharing stories and photos, and even those who have had different perceptions have remained supportive of the project.

Sadly, my few relatives in Hungary are very worried about the rising fascism there and have felt the need to distance themselves from the book.

A: My marriage and being more attentive to my husband. He’s had such patience through this!

But seriously, I’m busy writing for Forbes about medical issues and would like to focus more on social justice issues. I have a new blog, Legacies of the Holocaust, which will address some of these.

Children of survivors will need to step up and do more Holocaust education as well, so I plan to learn more about that. I’m never bored!

A: I’m hoping that people will stop the divisiveness and hate-mongering and recognize that we all have the same needs and desires. More “shiny things” won’t make us happy. Families, friends, and loving relationships are the key.

We need to focus on being kinder to each other and to our world. That will help us all survive bad times.