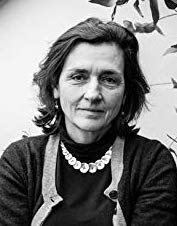 Mary Fleming is the author of the new novel The Art of Regret. She also has written the novel Someone Else. Originally from Chicago, she moved to Paris in 1981 and now lives in Paris and Normandy.

Q: How did you come up with the idea for The Art of Regret, and for your character Trevor?

A: I wanted to write a story about how the past continues to haunt us—how it can actually ruin our present. I thought of a character who had suffered personal tragedy but who had not come to terms with his suffering.

Then the idea of a bicycle shop owner who didn’t ride a bike and was completely stuck emotionally started forming in my head and he was a man. A sardonic sort of man who would be lucky enough to come to terms with that past and thereby be saved. Because I also wanted to write a story of redemption.

Q: Trevor is American but has spent most of his life in Paris. What do you think the novel says about the idea of "home"?

A: The novel says that that four-letter, one syllable word is very complicated and profound indeed. 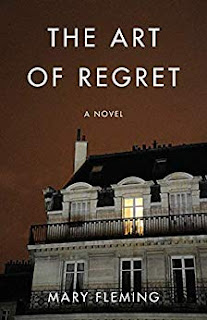 As I have discovered myself after living in Paris for many years, home in no way has to be the place you come from. Rather it’s some combination of the accumulations of experience and an ineffable inner connection that makes the streets under your feet feel like they belong to you and you to them.

With Trevor Paris was clearly home even before he was willing to admit it. Most of his life had occurred here and somewhere along the line—even before the story starts—he became more French than American, no matter how hard he tried to believe otherwise.

A: The 1995 transit strike was a really dramatic, intense time in Paris. The whole city—in fact the entire country—was paralysed for three weeks that felt like months.

It seemed a good construct for the stuck character who was coming to life in my head. And a perfect catalyst for something to budge in his life.  Strange times can breed strange behavior.

The second half jumped five years because the change of millennium was, in its way, also a dramatic moment. The world was shifting, we were just on the cusp of the internet age. 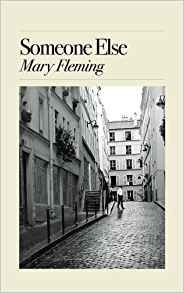 A: The title underwent several name changes. For a while it was called On the Rue des Martyrs but a non-fiction book by almost the same name came out and I felt the need to change it.

Fortunately. I think The Art of Regret is much more resonant and apt. Trevor is a martyr but his martyrdom is based on regret for all that has gone wrong in his life. He unconsciously chose photography as a form of expression for his melancholy and it is an art of regret. Once a photo is missed, it’s too late.

The title actually came to me just after I’d missed a “perfect” shot. It always makes me ache the way Trevor aches all the time.

A: I’m finishing a novel that centers around two American women, one old and nearing the end of her of her life, the other young and just starting out in Paris in the early 1980s.

Much of the story takes place in an old house on the place des Vosges that is owned by the older woman. The two are very wary of one another until the empty part of the house gets squatted.

A: If you like this one, I have another novel, Someone Else, also set in Paris, also dealing with events from the past that haunt the present. The protagonist in this story is a woman who is married with four children and a great job. An old college friend arrives unexpectedly in Paris. Their shared secret causes the woman’s perfect life to unravel.

And I write a blog called A Paris-Perche Diary, which chronicles my life between Paris and Normandy, with text and photos.