Q&A with Lori B. Duff 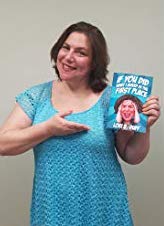 Lori B. Duff is the author of the new book If You Did What I Asked in the First Place. She describes herself as a recovering lawyer as well as a humor writer. Her other books include Mismatched Shoes and Upside Down Pizza and You Know I Love You Because You're Still Alive. She lives outside Atlanta.

Q: How did you come up with the idea for your new book, and over how long a period did you write it?

A: This book wasn't so much one idea as 53 different ideas that occurred to me over the course of about a year. I wrote each piece as they came to me and then organized them later and found the recurring themes, which is why they aren't exactly in chronological order. You can see that my kids' ages jump around a bit, and the various injuries I inflict upon myself happen out of turn.

As an introvert, I'm often stuck on a deep dive inside the twisty back tunnels of my own head, and this is what I've unearthed there.

Q: How do you balance your life as a lawyer with your life as a humor writer? Are there any ways in which they overlap, or are they totally separate? 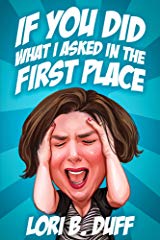 A: They are the yin and yang of the same thing. There is a very high rate of depression and suicide amongst lawyers, and a high rate of attrition in the profession. It’s hard to argue all day. People come to you at their worst, and when you talk about people’s worst all day, it’s hard not to imagine that the worst is all that there is. It touches all levels of the profession — not two weeks ago, one of our beloved appellate court judges who was dedicated to mental health courts killed himself.

There’s a Yiddish proverb: What soap is to the body, laughter is to the soul. So finding ways to laugh is my way of cleansing myself of all the ugliness I have to deal with as a lawyer.

A: The title is generally one of the last things that I do when writing my books. I look over what I've done when I'm putting everything together and in an overarching way I think, "What am I trying to say here?" The answer is usually some variation of an imposter syndrome-inspired, "Nothing. Nothing at all. Just cheap laughs."

But usually it just comes to me and it fits. "If You Did What I Asked in the First Place" just fit. It's a theme in my life, a recurring joke in my family, but it's also something deeper than that. My biggest frustration is when I feel like I'm not being heard, especially when I know I'm right. I think a lot of people--especially women--feel that way.Then, when things play themselves out and we are proven right, it is doubly frustrating. It's considered poor sportsmanship to say, "I told you so," but, seriously, I did, in fact, tell you so. The book isn't out yet, but I carry around marketing cards and my proof copy of the book, and I've gotten such an overwhelming response to the title. Women everywhere feel the need to touch it and grab it and clutch it to their chests and say, "I could have written this book."

Q: Are there any comedians that have especially inspired you? 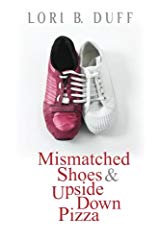 A: I’m especially intrigued by the pioneering female comedians who had to prove themselves every day in a business that didn’t welcome them. Women like Phyllis Diller and Joan Rivers and Carol Burnett and Erma Bombeck. I’ve read their biographies and it’s fascinating what they had to go through.

But I’d be remiss if I didn’t mention Wendy Liebman. In addition to being ridiculously hilarious and accomplished — name a late-night show going back to Johnny Carson, she’s been on it — she is an incredibly sweet and warm human being.

I met her at the Erma Bombeck Writers’ Workshop, and I promise you there is not a person on the planet who is more encouraging than Wendy Liebman. She bought a joke from me — she heard me tell it and sought me out and asked if she could buy it from me — coincidentally on the day I was competing to be Atlanta’s Funniest Lawyer. It was the confirmation I needed to think that maybe I was legit and not just kidding (ha ha) myself. 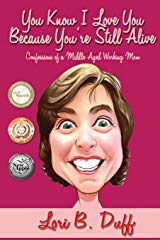 A: I have four books of shorter pieces, and short stories in three different books, so I’m trying my hand at something longer. I have enough material for a fifth book of essays, but before I invest the time in putting that together, I want to finish the novel I’m working on. It’s a courtroom drama, more or less, but from a feminine perspective, and with a good bit of humor — because I can’t help myself.

I'm skeptical of people without a sense of humor and people who can't find pleasure in reading anything, given the wide variety of options out there. They're like a different species to me.