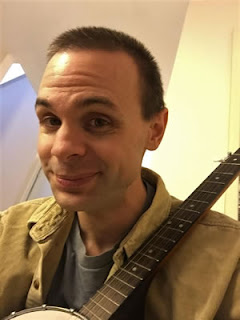 Jake Burt is the author of The Tornado, a new middle grade novel for kids. He also has written The Right Hook of Devin Velma and Greetings from Witness Protection. He teaches fifth grade in Connecticut.

Q: You note that you experienced something similar to the bullying that your character Bell deals with in The Tornado. Why did you decide to write about it?

A: It was time. I started writing it just as my daughter began middle school. Her transition afforded me an opportunity to really reflect on my own middle school experience, and I was stunned by how much I couldn’t remember. Every time I tried to recall something positive, the experience of being bullied - and, just as importantly, not standing up for others who were similarly treated - rose to the forefront.

I always knew that it impacted me, but I wasn’t quite ready to come to grips with just how profoundly it did. The Tornado was my way of more fully exploring and coming to terms with the ways it shaped me. 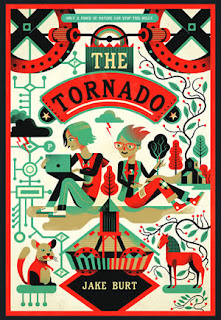 A: The title is one of over 60 references to The Wizard of Oz in the book. Bell’s story can be viewed as a reimagining of L. Frank Baum’s work, told from the Cowardly Lion’s perspective.

I always found him a fascinating character - he’s the self-proclaimed “king of the forest,” but lions don’t live in the forest. He’s self-diagnosed a deficiency in himself that he doesn’t actually have. And it’s only through the support and belief of a disparate group of newfound friends that he’s able to rediscover what makes him powerful in the first place.

That angle has always appealed to me, and the title is a nod to the swirl of uncertainty that serves as an agent of change in Baum’s book and the following movie. Of course, I play with the symbolism of it liberally in the novel...

Q: You write that you did some research to write the book--how did you research it, and did you learn anything surprising? 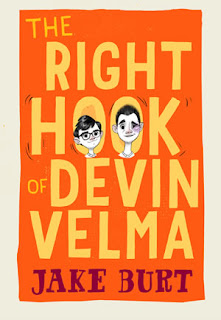 A: The three biggest areas I needed to research were the works of da Vinci, the psychological impact of bullying on school communities, and (weirdly enough) my hometown.

I’ve always been fascinated by da Vinci’s sketches, but it was great to take a deep dive into his approach, and I learned some awesome things while I did. For instance, I didn’t know he wrote many of his notes backwards, or that he may have intentionally sabotaged some of his own designs. Reading some of the theories historians have to explain each was often just as entertaining as finding out about da Vinci’s quirks themselves!

The research into bullying was more sobering, but just as important, and I used it to better inform the way that the supporting characters react to Parker’s machinations. It was important to get Bell right, but that was relatively easy, since I patterned his reactions off of my own. But not all kids react in the same way, and not all communities handle bullying equally (or effectively).

I wanted to make sure I portrayed Bell’s world realistically...and, since his world is closely based on my hometown, I had to take a trip back to my old middle school. They were gracious enough to give me a full tour, so that Village Green could accurately reflect the modern-day Wyoming Middle School (and man, does typing that make me feel old…). 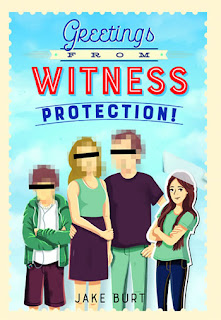 A: I hope readers are entertained. That’s always goal #1. I hope they laugh, and cheer, and think. If they managed to see themselves in Bell and his friends, or maybe find a glimmer of hope should they be going through a similar situation, then I’d be overjoyed. And if a teacher or librarian found the novel a useful resource to inform students about ways to support each other? That would be divine.

A: ALL THE THINGS. Seriously, though, it can feel that way sometimes. I just finished copyedits on my fourth novel, Cleo Porter and the Body Electric. It’s my first science fiction novel, and I can say unabashedly that it’s my favorite thing I’ve ever written. I love that book with my whole heart (not that Tornado isn’t fantastic, too. I adore it, too).

I’m also about to leave on tour for Tornado, and I have events almost every day throughout October.

A: I actually owned chinchillas for most of my life. Fuzzgig (Bell’s pet in The Tornado) is based on my beloved chin, one I had to find a new home for when I moved from North Carolina to Connecticut. Still thinkin’ of you every day, little guy...

--Interview with Deborah Kalb. Here's a previous Q&A with Jake Burt.
Posted by Deborah Kalb at 7:19 AM