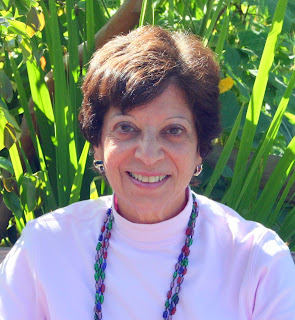 Jacqueline Dembar Greene is the author of Walk Till You Disappear, a new middle grade novel for kids, which is set in 19th century Arizona. Her many other books for kids include The Leveller and Out of Many Waters. She lives in Wayland, Massachusetts.

Q: How did you come up with the idea for Walk Till You Disappear, and for your character Miguel?

A: The seeds of the story sprouted from a few different sources. For many years, I have visited the southwest, particularly centered in Arizona. I’ve hiked the desert and the Santa Catalina Mountain trails, and gleaned local lore about desert plants and creatures.

Research for my non-fiction book, The Tohono O’odham, along with visits to the reservation and talks with tribal members, fostered my deep interest in the tribe’s history.

I also have a strong connection to my own ancestors, Spanish Jews who were among the people expelled from Spain in 1492. I was intrigued to learn that many of those exiles came to the shores of New Spain with the conquistadors, and their histories mixed with those of the native people.

At some point, I realized the similarities between the Spanish Jews who risked their lives to keep their religion, and the fate of the Native Americans who fought against the same forces of the Inquisition to keep their culture and beliefs intact. The story of Miguel’s journey grew from thoughts of this common past. 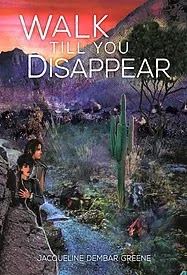 The character of Miguel Abrano stemmed from my understanding of how fiercely a 12-year-old holds to his family and religious identity. Most issues are seen in absolutes—a belief is either right, or it is completely wrong.

Yet an adolescent on the cusp of young adulthood can also be led to question the realities of his own life, although such thoughts will surely be difficult, and even painful to confront.

Knowing how many Mexicans, and those of Mexican heritage, are today discovering their own ancestors’ Jewish connections, Miguel seemed to grow in my mind’s eye until I felt I had to let his story unfold, and see where it might lead.

A: In addition to my visits to the Southwest and study of the Tohono O’odham, I read anthropology texts describing the tribe’s beliefs and practices. I read natural history books that described animals and insects such as roadrunners and scorpions, as well as the growing habits and food provided by desert plants. 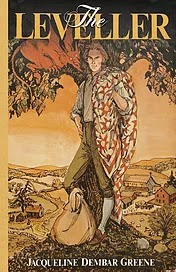 One of the most moving books I read was a memoir written by a Native American who was taken from his family as a child and sent to a distant mission school. He described his experiences from the moment he was removed from his home to the time he found a way to escape and return “to the blanket.”

Most fascinating was a newspaper article that described the reaction of a Catholic priest in New Mexico whose DNA test results showed that his family background was Jewish.

His response to that revelation, and the ways in which he helped others discover and deal with their own Jewish roots, also became part of the background that fueled my passion for developing this story in a historically and culturally accurate way.

A: Nearly every character in the book closely relates to their religious beliefs. The priest’s life mission is saving the souls of the Native Americans through conversion. Miguel’s desire is to follow the priest’s footsteps. His parents have spent their adult lives hiding the secret of their Jewish ancestors while trying to keep as many traditions alive as they can while still being members of the church. 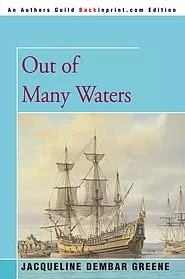 The peddler who passes through the territory has left persecution in his native Germany, and hopes to find acceptance and tolerance in a new land. Rushing Cloud is adamant in his resolve to keep his family’s beliefs.

Miguel must navigate through his family revelations and his growing friendship with Rushing Cloud to determine his own beliefs and his very identity.

A: Often interviewers ask what I hope to “teach” readers through my books. My response is always the same: I try not to teach any theme or conclusion, but help a reader see a situation that sparks thought and provides a new way of looking at the world.

As with Miguel’s journey, the reader is also walking beside Miguel, considering all the same questions that confront the character.  I always hope that the book will spark a dialogue between adults and children that helps explore new territory.

A: I am still focused on the Southwest, working on a retelling of a Hopi tale. Once the story has been polished to a shine, I will send it out in the hopes that it will reach many young readers.

A: I am indebted to PJ Library for their confidence and support of this book before it was completed, and to Joni Sussman at Kar-Ben for her quick decision to publish the novel. There is a series of online questions to spark thought and discussion. Now I await reaction from readers. I love to hear their thoughts on my stories!