Maxim D. Shrayer is the author of the new book A Russian Immigrant: Three Novellas. His many other books include Waiting for America and Leaving Russia. Shrayer grew up in Moscow and emigrated to the U.S. in 1987. He is a professor of Russian, English, and Jewish Studies at Boston College.

Q: Over how long a period did you write the three novellas that make up A Russian Immigrant?

A: Around 1997 I conceived of a book about the lives of Russian immigrants in America, a book to be comprised of three interconnected novellas, each the length of a Turgenev tale.

At that point I had already written and published a number of short stories in both Russian and English, including some of the stories that would become part of my collections Yom Kippur in Amsterdam and Ischeznovenie Zalmana (Zalman’s Disappearance).

But I felt that the thing wasn’t working well—the protagonist needlessly autobiographical, the narrative seams too bare, the pace too slack. I abandoned the project, most likely because I had realized that I wasn’t existentially ready to write it.

Years went by, a great deal had changed in my personal and professional life, I fell in love and got married, we had two daughters… and so about three years ago I returned to the project and completed it very quickly.

I had breathed new fictional life into my Jewish-Russian protagonist Simon Reznikov; I composed a new novella, “Borsht Belt,” set in a decaying resort in the Catskills; and, above all else, I had figured out a way of telling the story both linearly and non-linearly, with elements of suspense, crime, mystery, and (perhaps to some readers) pathological attraction. 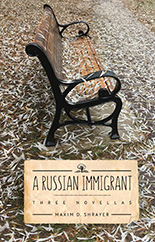 Q: How did you come up with the book's title, and do you think the themes the book encompasses would apply more universally to immigrants living in the U.S.?

A: There are perhaps as many as 1 million Russian Americans. The majority of them—of us—came here on the wings of the great Jewish emigration from the Soviet Union. No longer at home in Russia, but not quite assimilated into the American mainstream, the daily lives of Russian immigrants are fueled by a combustible mix of success and alienation.

Simon Reznikov, the Boston-based protagonist of A Russian Immigrant, is restless. Unresolved feelings about his Jewish (and American) present and his Russian (and Soviet) past prevent Reznikov from easily putting down roots in his new country.

In this sense, I suppose the title both universalizes the experience of Russian (Soviet) immigrants and makes my protagonist a kind of Russian-American everyman—the way Eugene is the everyman of St. Petersburg in Pushkin’s The Bronze Horseman. Except my Simon doesn’t go mad because he learns to adapt and even to thrive as an immigrant.

Q: Immigration is a constant focus of today's headlines—given the political climate, what do you hope readers take away from your book?

A: Immigrants are the cultural fodder of this country, and also this country’s collective antidote to intolerance and bigotry.

We bring with us both material baggage (in the case of my family, when the Soviet authorities finally allowed us to leave in June 1987, after years of refuseniks’ limbo, it was a total of four suitcases and two Russian typewriters, my father’s and mine) and the baggage of memory.

I think assimilation and acculturation after the American fashion still amounts both to an accumulation of new material baggage and disposal of the baggage of memory. In a sense, my new book A Russian Immigrant is about a gradual acquisition of American-ness and a (always partial—and often painful) expenditure of Russian and Soviet memories. 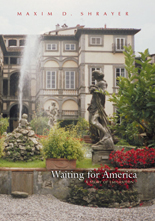 As is the case with the majority of immigrants from the former Soviet Union living in the U.S., this process is also riddled with the immigrants’ Jewish identity. So when I say, about my main character Simon Reznikov, that he is “trapped in a no-man’s land,” that he lives, to borrow from Robert Frost, “betwixt and between,” I also mean that he is an ex-Soviet Jew who is becoming an American Jew.

As a writer I’m perpetually fascinated with identity-transformation.

Q: What are some of your favorite books featuring characters who immigrate to the U.S.?

A: I will name four works, each of them reflecting a facet of my origins, commitments, and literary interests.

I love Vladimir Nabokov’s fourth American novel Pnin, which is about a Russian immigrant professor living in postwar post-Shoah America and gradually discovering that memory is the only true form of postmortem survival.

I have so much esteem for Bernard Malamud’s The Assistant—perhaps the best American immigrant fiction I know about the Jewish-Christian confrontation. 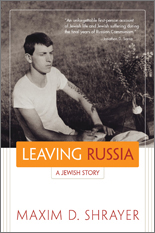 I’m very fond of Nina Berberova’s novella The Black Pestilence, which opens in Paris then immigrates to New York City, and which creates a marvelous metaphor for the immigrant condition: an infected diamond.

A: I’m always involved in Englishing my father’s literary works. This coming year I hope to translate from Russian into English and, in doing so, to expand my book Nabokov and Bunin: A History of Rivalry (which was a bestseller in Russia).

I also hope to make headway on a novel I’ve been working on—alas, only in snatches. I would like to complete a collection of poems and also to finish a book of literary nonfiction centered around Chatham, a lovely picturesque town on Cape Cod, where my family and I have a seaside dacha.

A: Thanks again for your questions, Deborah, and for the pleasure of being in conversation with you.

I have learned from translingual masters such as Nabokov or Beckett, but also from the American genius of Jewish-Russian descent Bernard Malamud, that part of the fun is in not having to overexplain foreignness but rather in letting it represent or misrepresent itself.

One could say that as a fictionist, I’m slowly moving in the direction of epic, expansive forms. A Russian Immigrant is not a novel in the classic sense of the form, but it is a tercet of interconnected novellas, told both linearly and non-linearly, and focusing on the progress of a single Jewish-Russian-American protagonist, Simon Reznikov (who, like his creator, left Russia as a young man to immigrate to America and, unlike his creator, is still restless).

May we leave our restlessness behind, and may we all be inscribed and sealed in the most perfect novella of life.